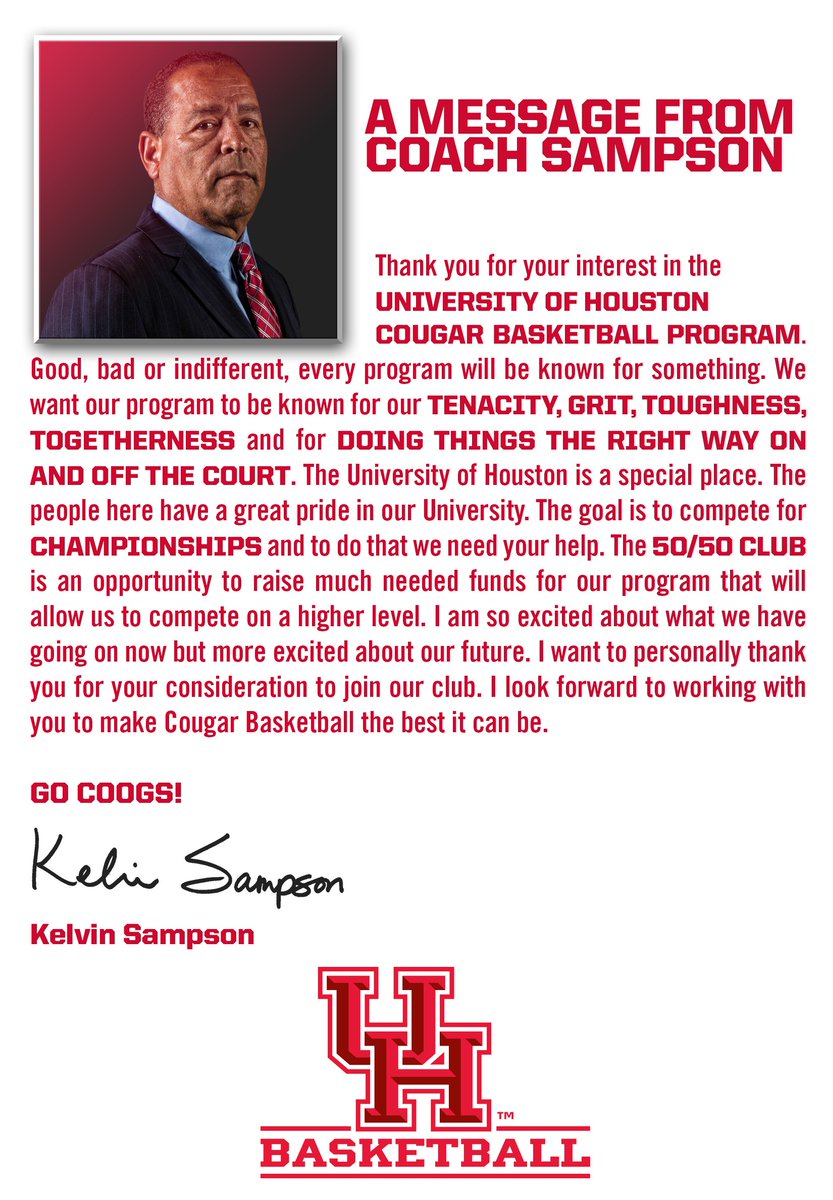 .@CoachSampsonUH talking with our 50-50 Club members inside Guy V Lewis Development Facility... GRATEFUL for support of all these great fans #ForTheCity #GoCoogs https://t.co/cLwyzv80Uh

.@CoachSampsonUH - “Our basketball program has come a long way, and we appreciate your support for the last five years.” #ForTheCity #GoCoogs
coogrr72 (Randy Randel) August 24, 2018, 2:19pm #4

:Great get together. CKS was his usual self with jabs at the players. The most notable I found was how much longer we are getting as a team. Next would be that the coaches thought that Chris Harris was probably the most improved player on the team. Fabian is now 6’8" and 230. Nate Hinton is a legit 6’6". “Sunshine” Goesling is thrilled to be here and CKS said he will help in several areas, although he said Landon couldn’t guard him in a phone booth. When introducing Armoni, CKS joked that when Armoni was a freshman that whenever they needed to boost Dot’s confidence, he would put Armoni to guard him. He now says that two years later, Armoni has turned into Dot. Dejon came in at 159 and is now 182, on way to 190. Brison Gresham has 7’2" wingspan.

coogrr, really appreciate this. Living in Northern Arizona, your comments really help me better understand the good things going on.

Heard it was a great turnout. Lots of “new faces” in the crowd instead of the same ol’ group.

One of the highlights of these sessions is Coach’s “comments” on the players. Watching the other players react to the jabs is hilarious. Hopefully Randy can remember other quotes from Coach. Thank you Randy