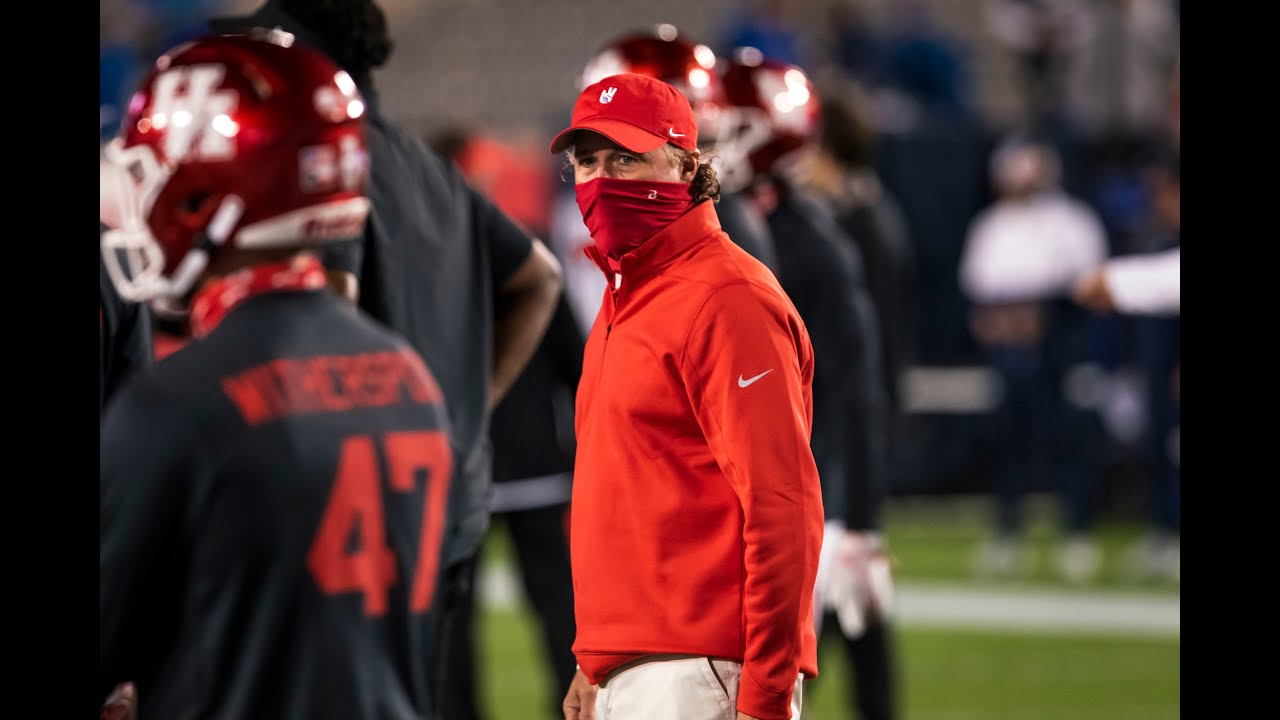 I got back to my car just in time to catch his short interview to the radio crew. He said a bad word…one of George Carlin’s 7 if I remember correctly.

. If nothing else, he does not hide his emotions.

my only criticism: if he was so familiar with those big12 refs and their tendency for throwing flags, he should have prepared better for it

Very hard to coach to the ref’s tendencies that you draw any particular game. You coach to your defensive philosophies, can’t alter week by week. PI calls against both teams was extremely weak and refs often out of position. If those refs had coached an SEC game, there would have been a PI call after 80% of passing plays…that conference really lets them battle on routes. Much like basketball with different conference refereeing styles, you can’t always adjust, especially out of conference.

my only criticism: if he was so familiar with those big12 refs and their tendency for throwing flags, he should have prepared better for it

And how do you propose the coach does this?

And how do you propose the coach does this?

He could have sewed their flags to their pockets…

The PI on Williams was bogus, I thought. Wilcox PI’ed Singleton with his body and got away with it. Other than those two, I didn’t see any PI that was CLEARLY a blown call. Some of the holding was ticky-tack. They crew that called the Tulane game were NOT shy about talking bout the ticky-tack calls. The crew last night never said a word.

Incorrect, the two PI interference calls on us were flat our ridiculous. The one on them could not have been more obvious and was the only way we were going to get a call.

No, the one on our #17 was legit. He grabbed the receiver.

Incorrect unless you are looking for a reason to go against the grain. Nothing was remotely good about any of those two amateurish calls

I heard CDH’s description of things we cannot do all day and expect to win; ‘stupid $h\t’. Cant argue.

I don’t think the coach can prepare for passive aggressive Big 12 officials who hate CDH and the University of Houston.

Get over it. We were outplayed in crunch time.