Gray is originally out of Dallas. In 6 games for Blinn this year, he leads the team with 46 receptions, 702 yards, and 7 TDs

Blessed to receive an offer from the University of Houston!! #GoCoogs https://t.co/1OxNVCTH4y 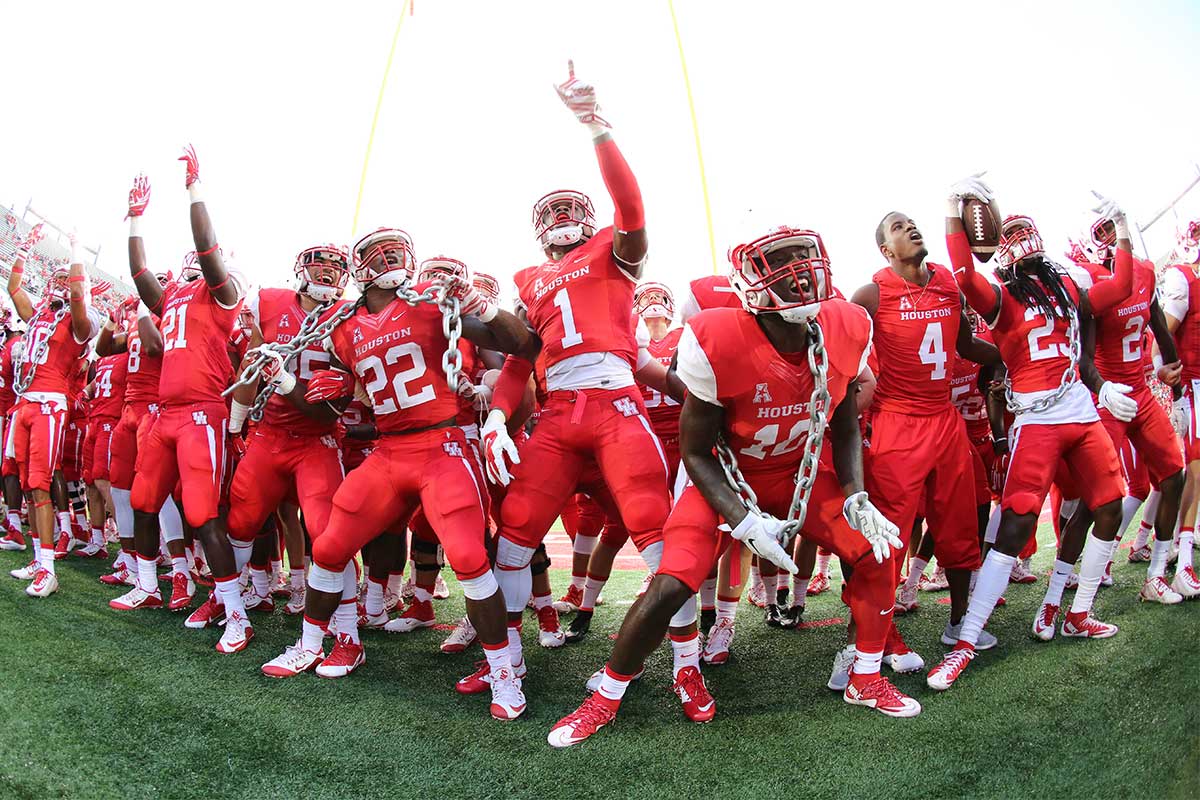 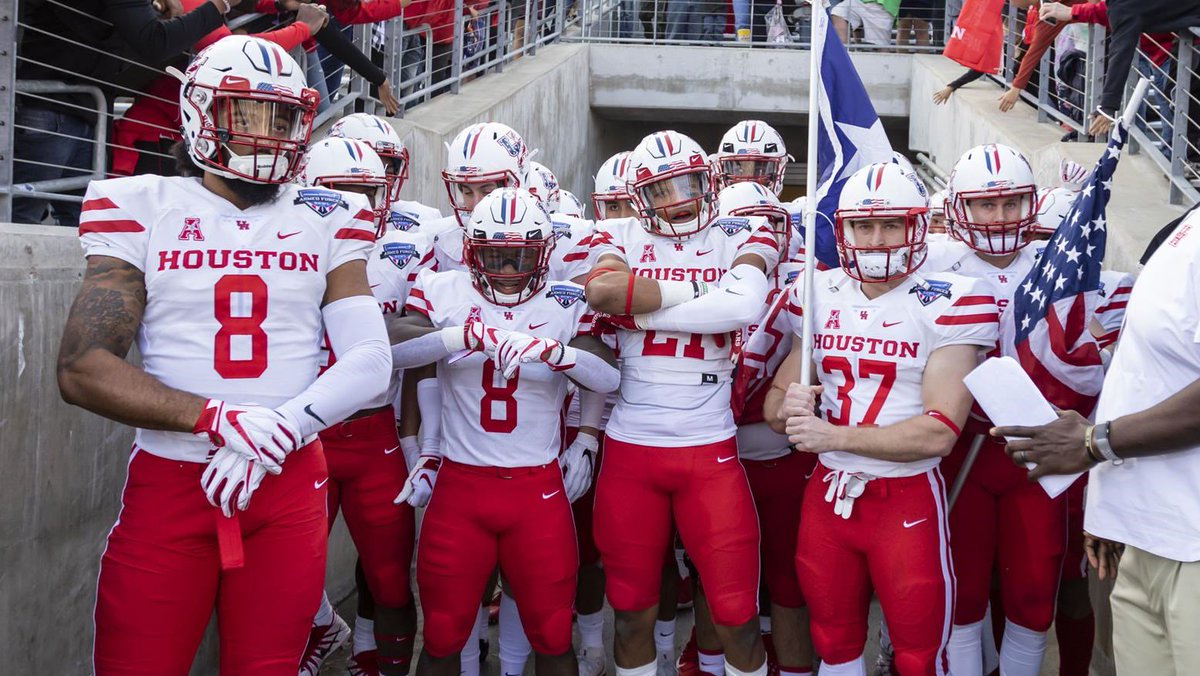 Blessed to have received an offer from The University of Houston #GoCoogs https://t.co/S7OovXZrfo 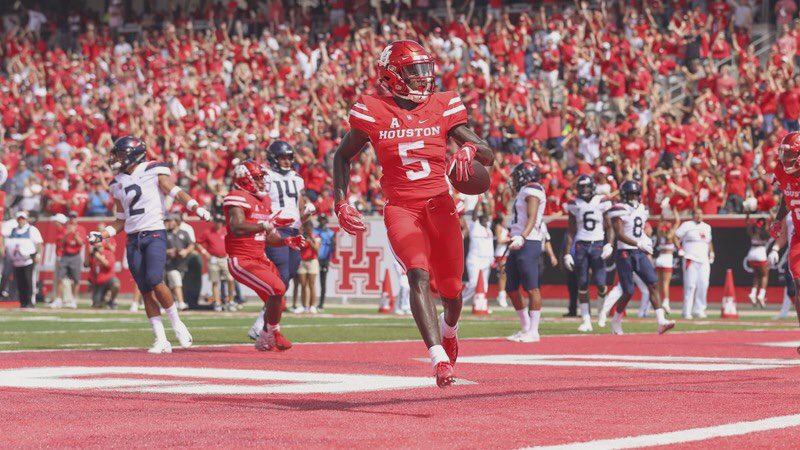 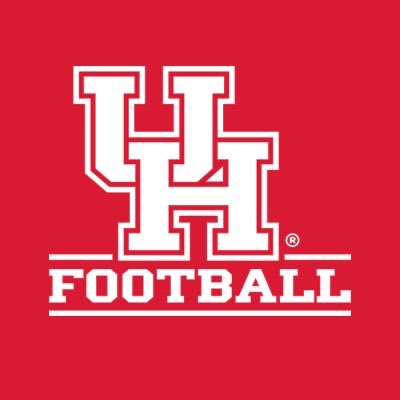 Played in 10 games last season, had 20 tackles and 3 sacks along with a forced fumble as a freshman.

He originally enrolled at Kansas State out of high school, picking them over Virginia, GA Southern, and GA State (Derick’s originally from Georgia).

Blessed to receive an offer from university of Houston https://t.co/HQS8DdmQ9v 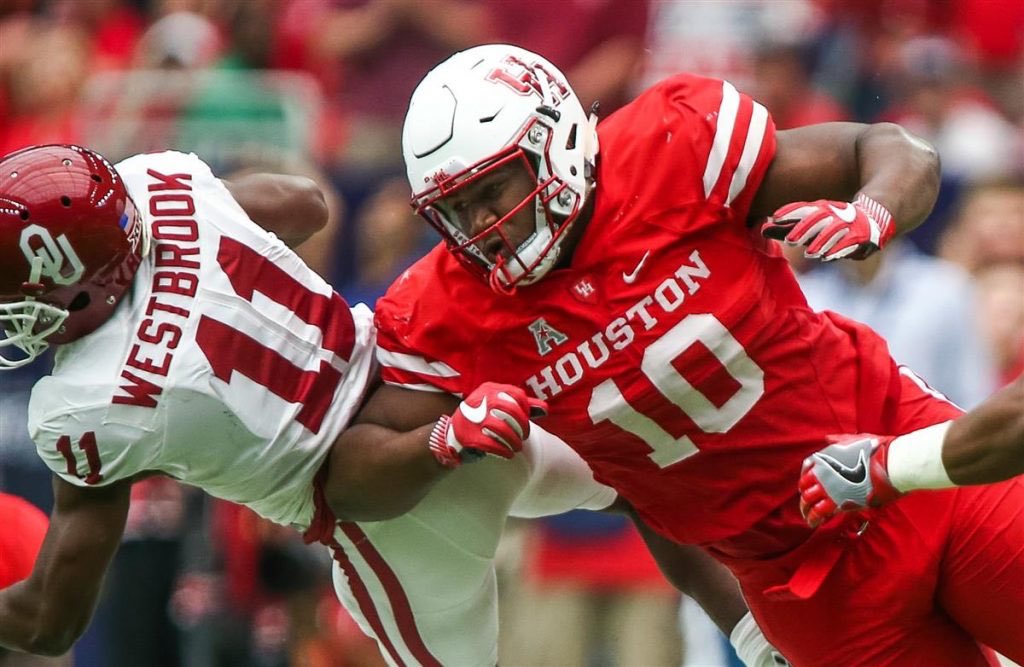 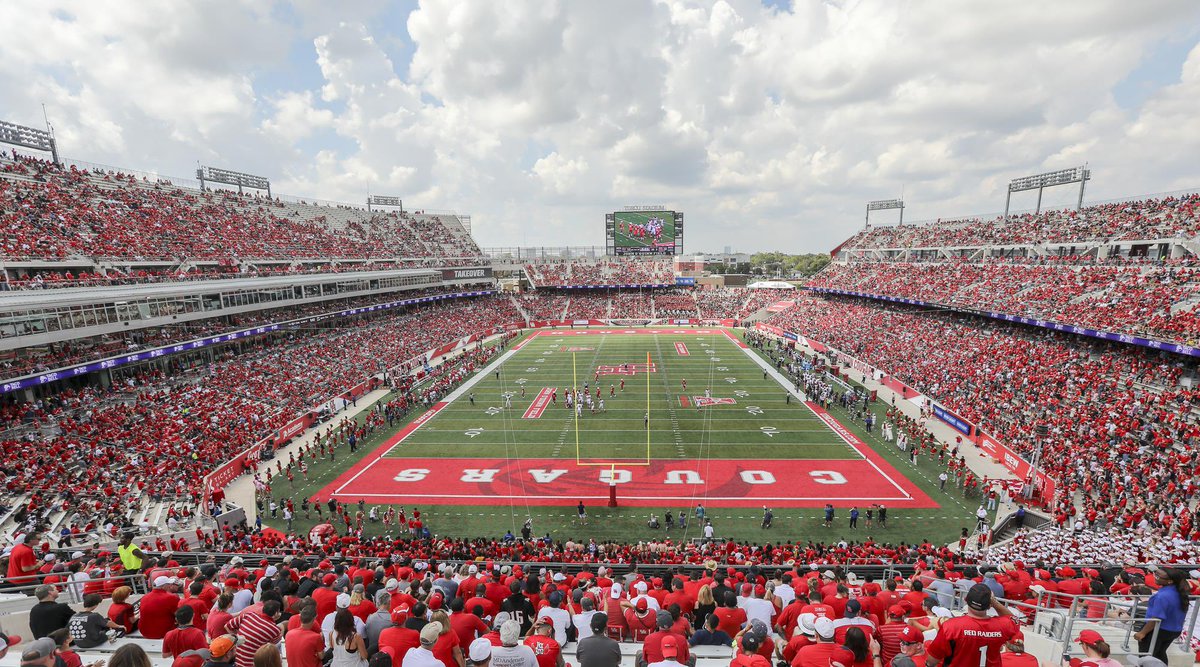 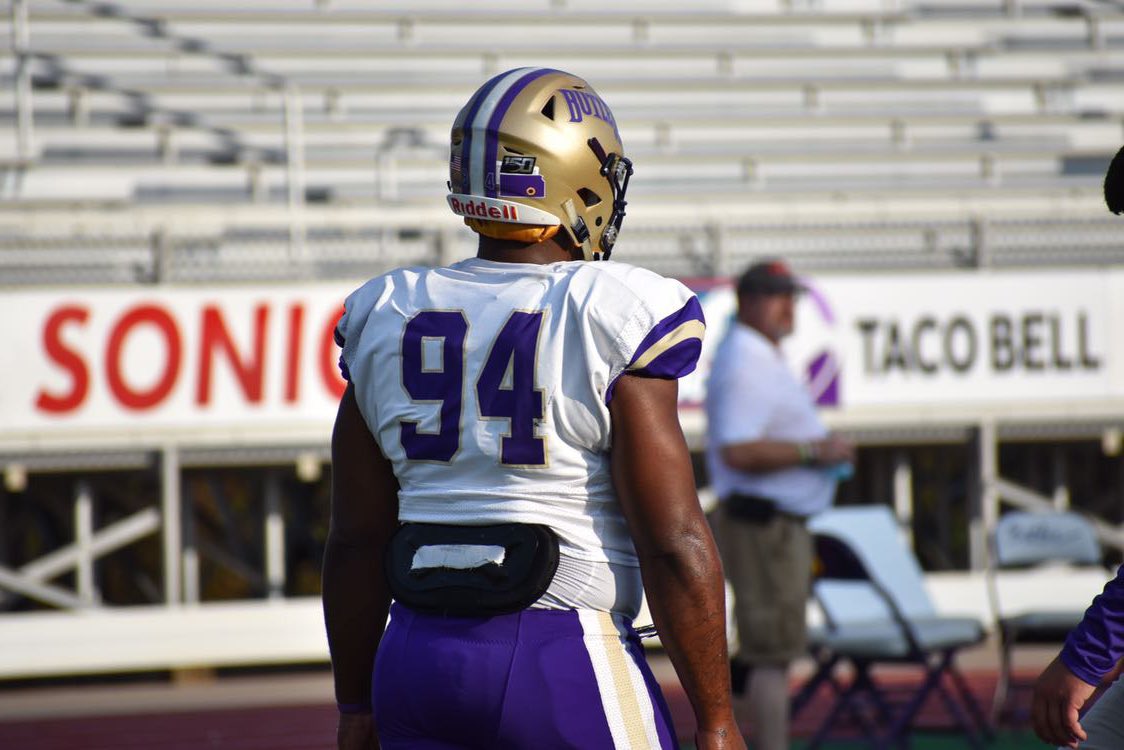 3* JUCO S Jakorian Bennett from Hutchinson CC - Has 17 other offers to include Illinois, Louisville, and SMU

In 5 games this season, Bennett has made 3 tackles, 1 TFL, 2 Pass breakups, and 1 INT that he returned for a TD (all those stats came in 1 game). He’s originally from Mobile, AL.

Jakorian Bennett is a Cornerback from Mobile, AL

I’m very honored to receive a offer from the university of Houston 🔴⚪️ #GoCoogs https://t.co/kvCCnSdtzk

#AGTG BLESSED TO RECEIVE MY 21st offer from The University of Houston #gocoogs #Houston 🐾🐾🐾🐾🐾 https://t.co/HnE0NdsucM

Latrell Bankston is a Defensive Tackle from Woodstock, GA.

The one that got away. Sad there will be Tongan war dance at UH.

For now. He could transfer home under the right circumstances.

Damn… That suxs. You can just tell when someone will be good just by a gut feeling. I’m not too concerned about the future of the O-line. Our O-line coach may be the best coaching hired under Dana.

We have several good recruits committed for the OL. A center is a specialty and it would have been nice to have one that had been doing it in HS. Maybe he gets homesick and bounces to UH in a year.

Or just recruit another 🤷

We have an off out to another.

With B.Jones coming back along with Freeman, center isn’t a need at the moment. 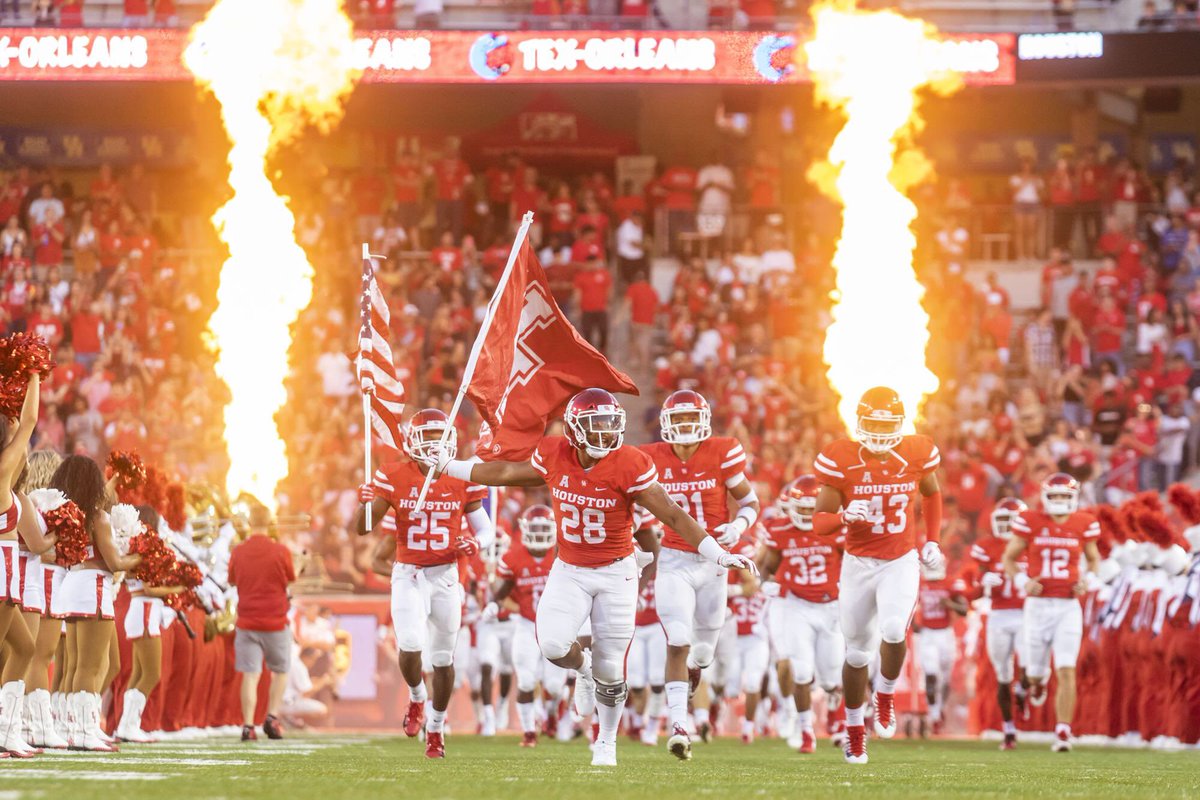 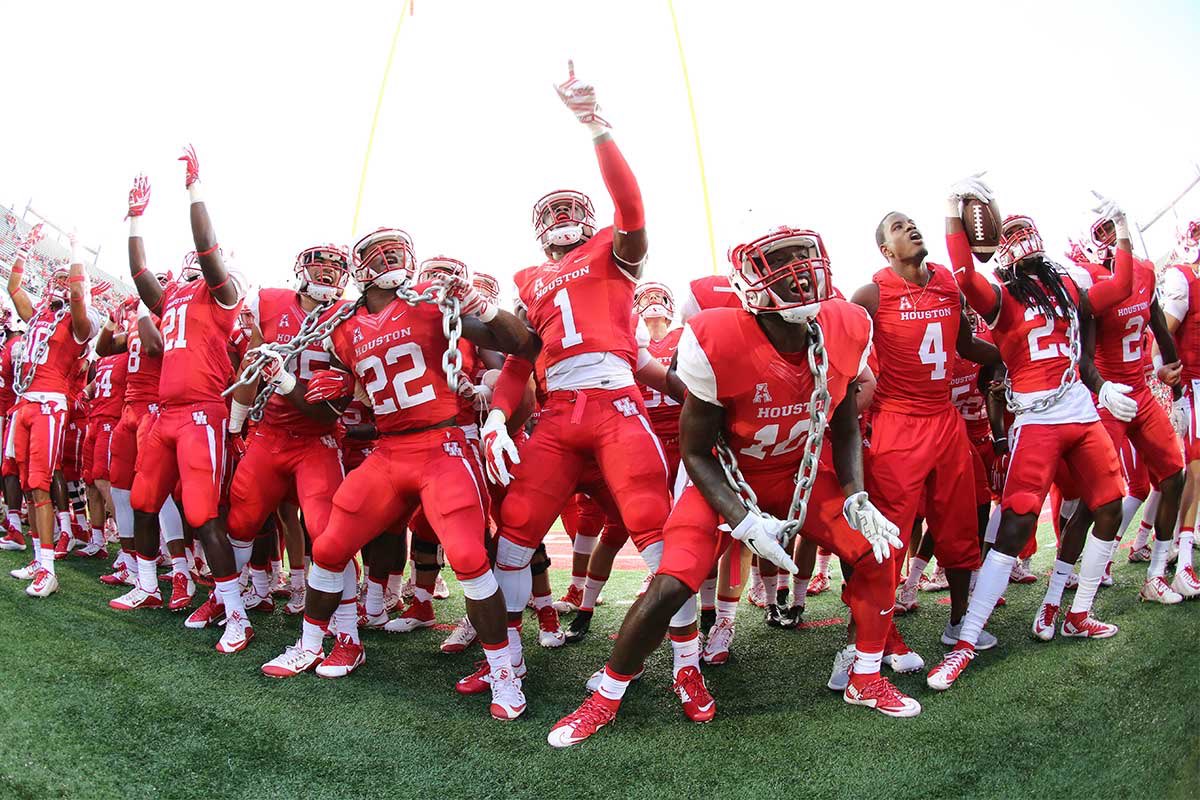 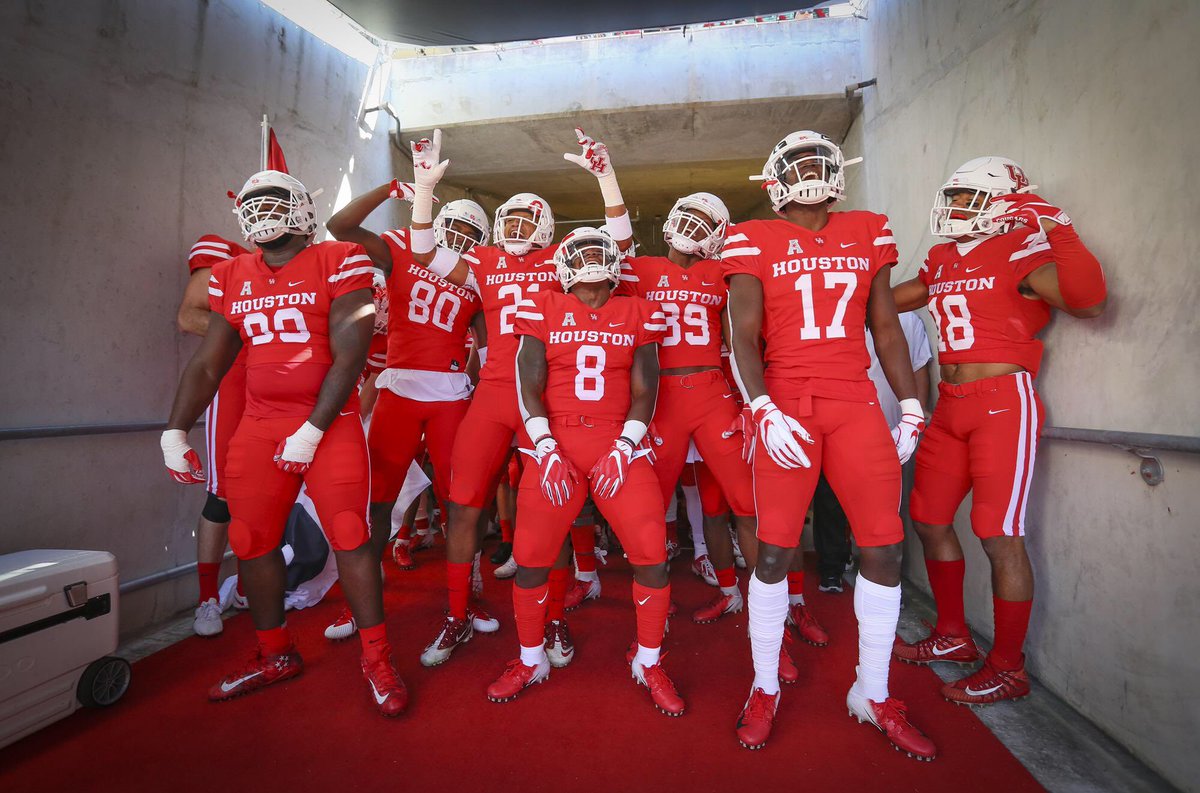 That appears to be based on school uniform colors. He thinks that UH’s colors are Red, White & Black.

Long journey to Division I football growing near for Faminu

Houston Cougars 2020 offensive line target James Faminu is close to realizing a dream that he has fought hard for, playing Division I football in the United States.


Faminu is raw talent from the UK.

The latest target outside of the United States is London, England’s offensive tackle prospect James Faminu . Faminu is a 6-foot-6, 342 pound prospect, who like Roy has a bit of history in the game of Rugby. Although the game is still very new to him, he has only been focusing on American football for two years now, he has shown enough raw athletic ability to go with his impressive frame that schools including Houston have begun to offer scholarships.

“At the moment I am not playing football, I am waiting until I go to college because I do not want to mess with my eligibility,” Faminu told Cougar Digest this week. “Right now I am just training and working. I did play two years for the London Blitz (an under 19 football team in the British American Football Association). I used to play rugby and I came across someone who played American football near me, which was the London Blitz, so I started there.”

“My first camp was TCU and I didn’t perform as well in that camp, maybe I was a bit nervous. I had never been to a camp before. My coach (Collier) was giving me feedback, telling me I was a bit too laid back and that I needed to be a bit more of a force if I wanted to get spotted. So, I used everything I learned at TCU when I went to the Houston camp. Funny enough, we arrived at the Houston camp late, so I only got to do two drills before heading straight to one-on-ones. I was focused as soon as I got there though, I didn’t think about too much. It was great, I genuinely liked the coach at Houston (offensive line coach Brandon Jones ). Although I have gotten other looks from other colleges, I really like them there (at Houston). They are really good coaches. I learned quite a bit even though I only got to do the two drills. They gave me a lot of feedback as I was going through and the one-on-ones is where I dominated. I had a good day that day.”

He had such a good day at the camp that what Jones saw from him in person led the Cougar staff to extend Faminu a scholarship offer. His first from a Division I school.