Elandon Roberts (NE): Seemingly over the injuries he had, Roberts started against the Dolphins in the Patriots 35-14 victory and made a big impact again as they clinched home-field on the AFC side. Roberts tied for the team lead with 7 tackles, 6 solo, and 1 QB hit while in on 29 snaps (49%).
DeMarcus Ayers (PIT): Ayers was able to get his 1st TD and made a critical catch in OT to setup the winning FG for the Steelers in their 27-24 victory over the Browns. Ayers had 5 catches on 12 targets for 44 yards and 1 TD while also rushing 2 times for -12 yards. He was in on 66 snaps. Question will be has he made enough of a case to be added to the playoff roster.
Nolan Frese (SEA): Frese suffered a severe high ankle sprain early in the Seahawks 25-23 win over the 49ers, but powered through it to finish the game. Pete Carroll blamed the high ankle sprain for why Frese snapped a ball through the endzone for a safety, but was very complimentary of how Frese pushed through the pain to finish the game. The Seahawks did have another blocked XP (Carroll blamed Hauschka for kicking it low), but they did make 4 FGs, went 1/2 on XP, and had 4 punts for 184 yards (46.0 avg) with 1 Inside the 20. Frese’s status is up in the air as to whether he’ll be able to play next week in the playoffs.
Thomas Gafford (DEN): Gafford was solid again in the Broncos 24-6 victory over the Raiders. Denver was 1/2 on FG and 3/3 on XP while punting 5 times for 224 yards (44.8 avg) with 1 Inside the 20. Hopefully, Gafford did enough to get a look next year.
Case Keenum (LA): Case got a raw deal and didn’t even get to dress for the last game as the Rams lost 44-6 to Arizona. Case now enters free agency as one of the top QBs on the market and should be able to find work somewhere. Case was 4-5 during his time as starter; the Rams were 0-7 after benching him.
Injured Reserve: William Jackson III (Cin), Sebastian Vollmer (NE), DJ Hayden (Oak), Kenneth Farrow (SD), Charles Sims (TB)
Practice Squad: Adrian McDonald (SD), Joey Mbu (Was), Derrick Mathews (GB)

Without that catch by @DAYERS_LOE the Steelers don't get a chance to win it on the next play. He finishes with 5 catches for 44 yds and a TD 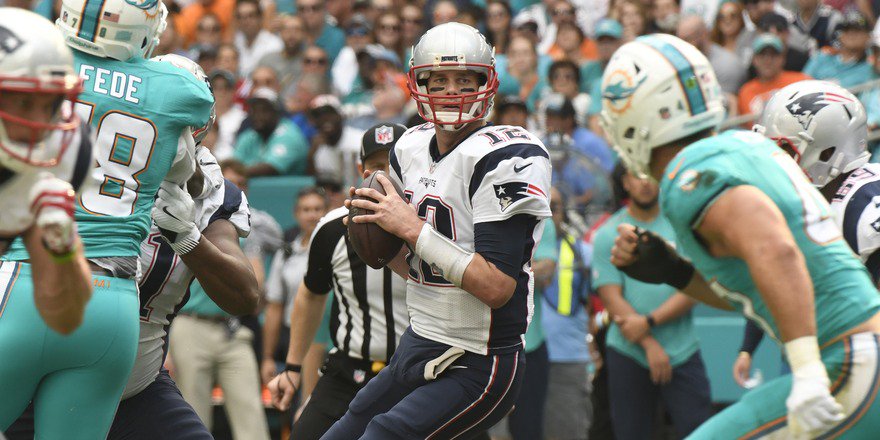 Learned a lot this year and knowledge is power! #2017⚡️

#SteelerNation Thank you 4 the experience once again. wasn't pretty but we'll take the Win an continue 2 get better.11-5 #WinOrGoHomeNow🙏🏾

Q: What has Elandon Roberts done over the past two games to earn more playing time?
_ _
BB: Well, I think Elandon [Roberts] has had a pretty consistent year for us. Some of his playtime is a function of personnel matchups and what defensive grouping we have on the field, and also to some extent his availability and the availability of other players at his position. He played a lot in the Seattle game, played a lot in the Cincinnati game, had other games like Buffalo and Cleveland. The last couple he’s played but not as much in other games. Some of that is circumstantial. The bottom line for him is he does a good job. He’s a productive player. He works very hard. Football is really important to him. He cares a lot about it. He works hard to get things right and to do what he’s asked to do. He’s a great teammate, good communicator. He’s improved a lot over the course of the year so he’s done a good job for us.

Adrian McDonald (SD) and Joey Mbu (WAS) were signed to futures contracts which means they’ll have a spot in training camp with their respective teams. Haven’t seen Green Bay sign anyone yet so no word on Mathews yet. Also haven’t seen anything on Lee Hightower who hasn’t been with a team for the last few weeks.

Nolan was placed on IR the day after he was injured in the 49ers game. NFL IR means ‘done for the season’ so he will not be playing in any playoff games. His ankle was a grade 3 sprain with ligament damage. 4-5 weeks healing, but he should be good for OTA’s and is part of the 90 man roster to start next season.

Both Carroll and GM Schneider had nice words for him in person when they informed him he was being put on IR (which was the right thing, there’s now way he can snap right now, and it was painful to watch him play the last 3 quarters in SFO).

Despite playing a lot of the early season with an SC joint sprain, and then suffering the ankle injury in the last game, he was this season’s only rookie long snapper in all the NFL, and the Seahawks only rookie to start all 16 games.

Nolan had a good year. Excited to watch him in Seattle going forward. Wish he could have played in the playoffs.