DJ Hayden (Oak): Sean Smith was injured so DJ was forced into more action on the outside and handled himself well. He had 4 tackles and 1 critical pass breakup late to help the Raiders go to 6-2 with a win over Tampa Bay, 30-24.
Kenneth Farrow (SD): Farrow solidified himself as Melvin Gordon’s backup and had 3 carries for 12 yards in a loss to Denver, 27-19.
Elandon Roberts (NE): Roberts will see an increase in playing time after Jamie Collins was traded to Cleveland today. In the 41-25 win over Buffalo, Roberts had 4 tackles and an assisted tackle as the Patriots moved to 7-1
Nolan Frese (SEA): Frese was solid again on Sunday in the Seahawks 25-20 loss to New Orleans. Seattle was 2/2 on FG, 2/2 on XP, and had 3 punts for an average of 48.7 yards
Bye: Case Keenum (LA)
Injured Reserve: William Jackson III (Cin), Sebastian Vollmer (NE), Charles Sims (TB)
Practice Squad: Demarcus Ayers (Pit), Adrian McDonald (SD), Joey Mbu (Was)

Couple of Coogs in London for the Bengals-Redskins game:

joey mbu. and 94 others (NotoriousMbu) 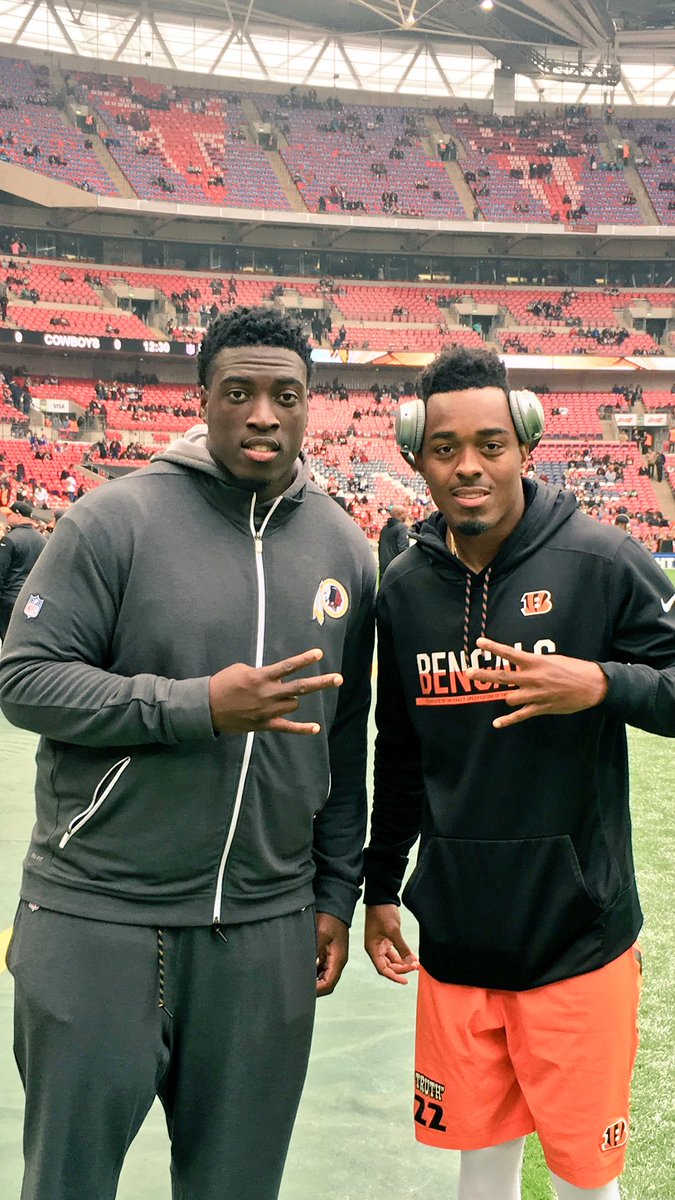 Elandon Roberts now gets a chance to shine. @LukeEasterling wrote on him in March: bleacherreport.com/articles/26293…

Embedded Video: Roberts absolutely wrecks a lineman and takes out the lead back to make the tackle

Has there been any recent news on Ayers?

From one of the Steelers beat writers just now:

An unlikely Bengals duo bond over faith in rehab process

William Jackson III and Cedric Peerman joke about who is getting better quicker, but in the end they have found comfort in faith.

In his time off, the rookie has been able to build his body in a way most rookies aren’t able to do. Jackson III says he’s added five pounds of muscle, and mentally has stayed sharp by focusing on techniques gleaned from film study.