.@UHCougarTF's Eli Hall was the 100m dash champion at the Penn Relays and earned this week's Men's Track Athlete of the Week. https://t.co/TOZHyYDFkT 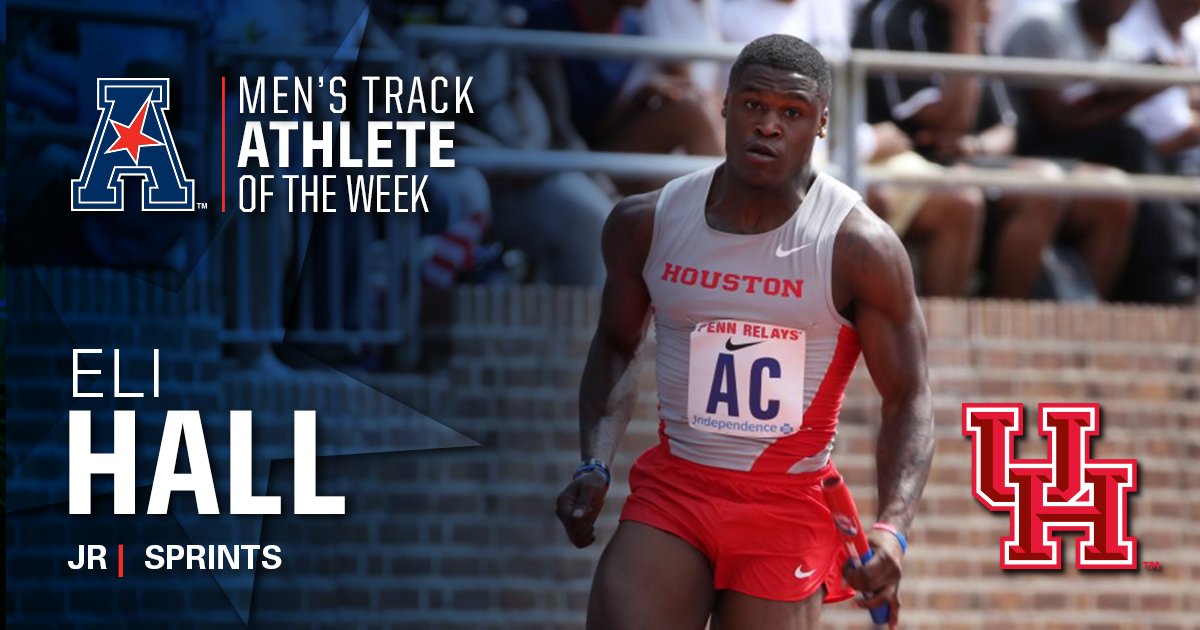 The victory in the 100 was Houston’s eighth at Penn, a feat no other team in the history of the Penn Relays has accomplished.

The honor for Hall is the second of his career after being named track athlete of the week during the indoor season, following his record-setting performance in the 200-meter dash at Mark Colligan Memorial in Lincoln, Neb.