Anyone know if the OU or Louisville game will make the ESPNU replays? So far, I haven’t seen either

Agreed or what about Louisville? Time to strike a deal with Silicon Valley.

From the unbiased college football fan’s perspective, the Louisville game was not a great game. It was completely one sided and over before halftime.

Brad, bingo the Louisville have from our perspective was great. But for the general population it was a pretty weak gave.

OU I could make an argument for but in reality I don’t know if I put it announcement the best games of the year.

The OU game had a bowl feel to it. Big 12 was looming and we were playing at nrg…no one thought we would win.

All true, and it was a fairly back and forth game. An argument could be made for it being among the top 25. I don’t think it quite gets there for the wide spread audiences. All told Tulsa and UCF were better games in terms of competitiveness and being decided late.

ESPN used to list them all on the web site and then show them. http://espnmediazone.com/us/press-releases/2016/07/espnu-celebrates-top-25-college-football-games-2015-2016-season-approaches/

This year it seems they are going with a reveal as the show the games instead.

Yeah, that’s what I thought. Could not find a list anywhere for 2016.

I thought that the OU game would have made the list somewhere between 15-25. As mentioned by CoogFansAdmin, it had a bowl feel and it kicked off the season. They’ve shown other games from later that day and the announcers could not stop talking about the OU game.

Quick perusal of the ESPN schedule for the next couple of weeks, the list is dominated with a few obscure ACC/B10/SEC matchups (no shocker there) with the following exceptions:

I wonder if Tulsa-Houston will make the cut as that was a fantastic game with an amazing finish.

I watched a bunch this weekend and the common thread is close games that usually go into overtime. The closest game I remember was the goal line stop to win the Tulsa game. The UCF game had a comeback. Memphis also pretty good.

I watched a bunch this weekend and the common thread is close games that usually go into overtime. The closest game I remember was the goal line stop to win the Tulsa game. The UCF game had a comeback. Memphis also pretty good.

This is correct. The 35-34 game against Memphis in 2015 was #21 in that year’s countdown. The Tulsa and Navy games are the only ones that would even be in the conversation, and neither of them were better than the 2015 Memphis game. So I wouldn’t hold my breath on seeing UH in this year’s countdown.

Gotta also assume this is marketing for 2017. ESPN had several reasons to hype us going into last season. Less so (from their perspective) this year.

As usual espn is a bunch of bonhorn bs. Without a doubt our game against OU had historical implications. Just remember for a moment the climate that surrounded the game taking place on September 3 and what came after.

We were favored to get into the small12. uta, Boren and many others supported us.
No one was giving us a chance…certainly not espn
The before and after small12 sentiment would make a great script for a movie.
All of this is topped off with Switzer proclaiming on all media that U of H should never be invited to the small12 dated 10/6/16 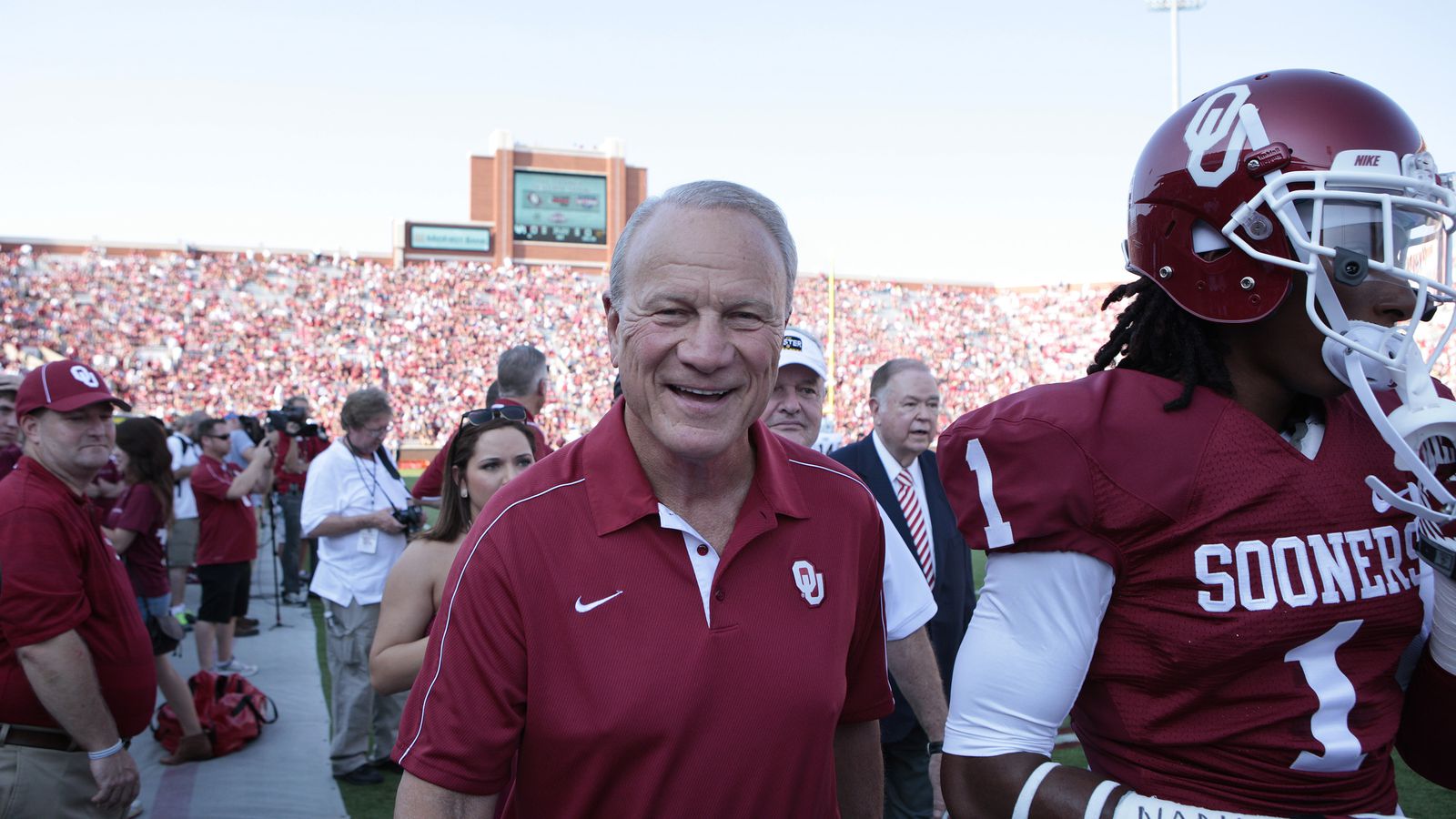 Switzer's blunt case against Houston in the Big 12

It's not nice, but it's not necessarily wrong.

Big 12 decides against expanding beyond 10 members

After announcing it would explore expansion, speculation has abounded about whether the Big 12 Conference would actually add teams. The league addressed the issue at their scheduled presidents meeting.

They were many good/great games but this one imo changed the course of P5 expansion. At least it did reinforce what uta and OK had to lose to let us in. Since then both have been silent. Silence speaks for itself.

Wow. They seriously fear competition. Speaks volumes of that league. I really don’t understand why the SEC would even tolerate their BS (championship game with ten teams, easier road to the playoffs). You’d think they and the Big 10 would go ape poop over their nonsense and just pimp slap them all. big 12 has no eier.

The BIG 12 is not expanding for now. Watch end of October when AAC has three ranked teams in Top 25, Tulsa / Memphis(upsets) , USF , Houston with UT losing three in a row , You will hear some talk of the big 12 exploring options…

B12 did not expand because the ESPN overlords did not want to shell out more $ for the two expansion teams. ESPN would have had to pay the two new expansion teams equal what the other conference teams took in…above what they were paying the conference already. Would have cost ESPN a lot of money. B12 and ESPN cut a deal for no expansion.

It is worth noting, as others have, that Switzer (OU), Holgerson (WV) and Snyder (KSt) all came out against UH because they thought that we would become a powerhouse and compete for recruits. Smart people

U of H is the third most followed and supported School in Texas.
Our Tv ratings were outstanding. That alone showcased the potential advertising revenues.
BYU has an existing contract with espn. Couldn’t a deal be done with them?
I understand and accept your explanation but again when there is a will there is a way.
Look at other conferences. How many P5 conference members match our actual ratings or future potential?
Is espn and Fox spending freely on conference members that are “dead weight”? The argument of not wanting to spend more can and should go both ways. I do think that the question is valid.

I doubt there was only one reason it didn’t happen. It never is that simple. Nothing is that simple. With that said, the biggest reason is usually $$$. If it was going to cost ESPN/Fox more money in this time of TV rights uncertainty then they weren’t going to commit themselves. Many voices within the B12 didn’t want Houston in either. It didn’t happen, if the B12 dissolves, that will open up conference musical chairs again. Hopefully it works out this time because the economics of the situation are rough for UH right now.

Back on topic, I would hope OU/UH is in the top 10, but honestly it was such an ass kicking it probably isn’t regarded as a good game to non-UH fans. Personally it was one of the best games I had been to in person (along with the Peach Bowl), but I can get why outsiders may not feel the same.

We all remember this game. Game of the Century (college basketball)

The Game of the Century in college basketball was a historic NCAA game between the University of Houston Cougars and the UCLA Bruins played on January 20, 1968, at the Astrodome in Houston, Texas. It was the first NCAA regular season game broadcast nationwide in prime time. It established college basketball as a sports commodity on television and paved the way for the modern "March Madness" television coverage. The UCLA Bruins were the dominant NCAA men's basketball program of the era, winning ...


Beforehand college basketball was pretty irrelevant on National tv. It changed college tv viewing forever.
I am just pointing out that we were a “shoe in” before the OK game. Afterward we were back in the G5 fold. Coincidence, power play? How many games had the same implications or even related to a decision that would have affected College Football for decades?
1 Like