Harden just chokes in the playoff, he’s had 8 playoff games where he has shot below 20%. Kobe, Jordan, Lebron and KD combined have only had 1 game with a shooting percentage below 20. Harden isn’t that great of a leader either, he is very apathetic. Great leaders lead by example, do you think guys like Caruso and other lakers role players would make the effort to chase down harden on a fast break and block his shot if they had not seen a 35 year old Lebron do it first. It’s so easy to guard harden, make him give up the ball and watch what happens, he stays still like a fish that has been out of water for an hour. When Curry is without the ball watch how hard he tries to create separation so his teammate can pass him the ball if needed, these are things Harden can do but he just doesn’t want to. There have been plenty of times where harden is not the one the bring the ball up past half court and you don’t see him in the view of the camera, making it easier for the opposition by essentially making it a 4v5. I hate how no one holds Harden accountable, CP3 did that and that was one of the reasons why he was traded. A perfect example was towards the end of the 1st quarter of last nights game, the rockets were shrinking the lead that the lakers had built. A rocket just scored (I forgot who) and the lakers push it up the floor, there are 3 rockets (Harden, Green and rivers) and 2 lakers (kuz and rondo) the rockets are guarding the 3 point line. Rondo dribbles it past half court, and kuzma easily withou any sort of resistance jogs past harden and scores a easy lay up, stalling the rockets momentum. Green and rivers look at harden like wtf and harden immediately try to deflect the blame. The man has shown to clearly not be locked in mentally, IN A ELIMINATION GAME and down by ~13 in the first quarter.

Sorry about formatting, I’m on mobile.

I have no desire to get into an argument so I’ll probably regret posting this. I’ve been watching basketball for over 3 decades and I’ve never seen another player get double teamed as soon as they cross half court. I have a feeling plenty of other “non-choking” super stars would be seen as abject failures on this board and in the media if they faced the defensive pressure that Harden does. He’s not the problem. D’antoni is. Rockets looked great in game 1 and then it’s almost like MDA decided the Lakers could never figure out a response to that game plan and never made any adjustments. Vogel just took him to school. And it happens every year in the playoffs.

D’antoni is. Rockets looked great in game 1 and then it’s almost like MDA decided the Lakers could never figure out a response to that game plan and never made any adjustments.

The fact that D’Antoni won’t make the change in that one glaring area of player personnel is the reason why he should be fired.

Westbrook hurts the team as much as he helps them much of the time. Get him out!

While I love Harden he is too head strong on how the game should be played to lead a team.

Not sure a new coach will matter. Maybe a JVG can get too him

Westbrook hurts the team as much as he helps them much of the time.

Can’t say for sure, but I believe Westbrook wants to win as badly as anyone on the roster, but he’s playing out of position. He certainly played well for OKC as a PG. Give him the ball coming up the court, then we can better evaluate how the Rockets would perform with him as the PG.

That said, the Rockets front office and roster are due for a major change, beginning with Morey, then CMD’A

He is not playing out of position the offense in the half court just often refers to Harden. He still brings the ball down the court and sets up the offense, albeit it does often stop when it gets to Harden. Problem with RW is he cannot shoot. When the ball is in his hands he makes poor decisions with the hall and if he doesn’t get all the way to the rack there is a high probability the possession ends with a turnover.

Then there is the defensive end. Huge liability!

On the negative side, RW FT% and 3pt % were down. His steals, assists and TO% were slightly down as well but there is no substantial evidence to suggest he is an liability, offensively or defensively.

The Rockets do not have the talent to win in the playoffs. They are short two big men and in
depth. Hardin and Westbrook are terrific but they are not nearly enough. They need presence on
the boards and up the middle on defense.

Morey signed Westbrook out of desperation because none of the other available superstars wanted to sign with Houston.

Wasn’t that a trade? Westbrook for Chris Paul, I thought?

That’s pretty much giving away the next decade if you can’t get it done with Harden and Westbrook.

I didn’t like the trade at the time, and I don’t think I knew how much the Rockets were giving up, plus I’m not the biggest Westbrook fan.

Yes, you are correct, it was a trade for Chris Paul. Morey gave up the farm for Westbrook, which is another reason why he should be fired after the disappointing performance with OKC and LA.

RW is an elite athlete with a subpar game and not intelligent on the court.

He is a terrible options at the end of games to get a good look and make the shot and not reliable at the line.

I can easily think of 10 former Rockets PGs I would rather have the ball in their hands at the end.

I didn’t like the Chris Paul trade when it was made. Look at where Clippers are at now. Most of those were former Rockets…Montreal Harris, Patrick Beverly,Lou Williams, Morris…etc. 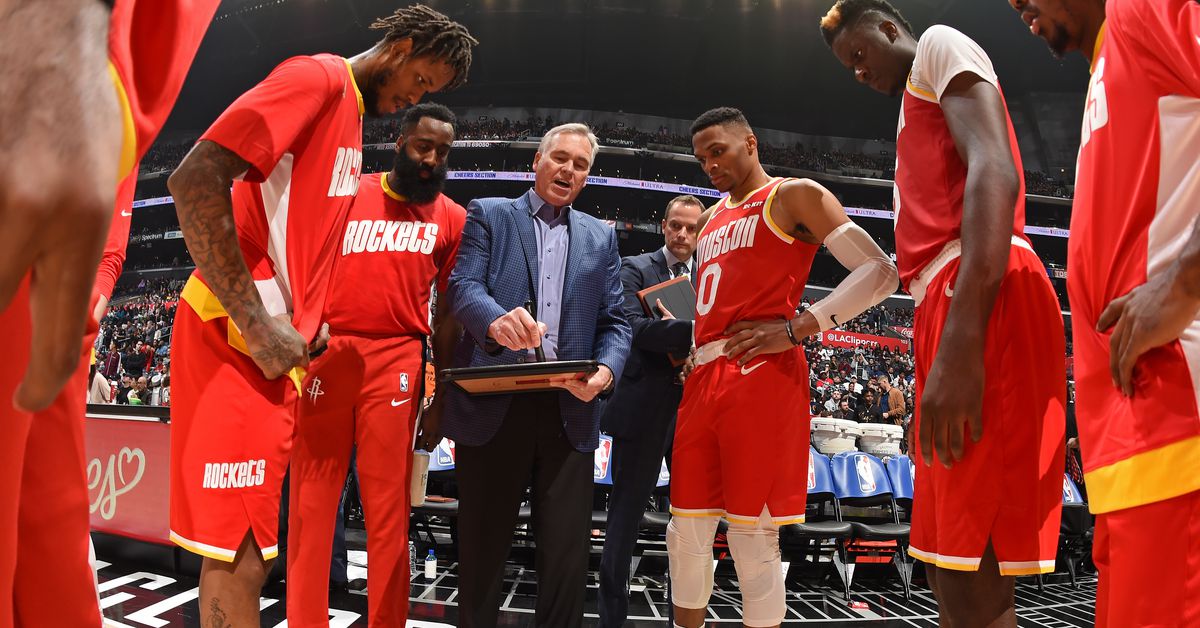 With Mike D’Antoni out, the Houston Rockets must find the right coach to help steer their franchise in the right direction.

CKS listed as one of the 3

So what? Anyone can make a recommendation in an article. But, it doesn’t necessarily mean anything. I don’t think CKS would dump his team at this time and I don’t think Tillman would try to sink the Coogs.