The University of Houston Men's Basketball program will play host in a battle of undefeated American Athletic Conference teams when the Cougars meet Cincinnati at 8 p.m., Saturday, inside Hofheinz Pavilion.

ABOUT CINCINNATI
• Entering Saturday’s game, Cincinnati has posted a 12-2 overall record and is tied for first with a 2-0 mark in American Athletic Conference play.
• Bearcats are ranked No. 22 in both the Associated Press and USA TODAY Coaches polls.
• Cincinnati has won its last five games and 10 of its last 11… Last loss was a 75-65 setback at Butler on Dec. 10, 2016.
• Bearcats enter Saturday’s game after a six-day break… Last competed on Sunday in a 92-56 home win against Tulane.
• Against Tulane, Bearcats connected on 56.9 percent of their 58 shots and limited the Green Wave to only 27.4 percent.
• Freshman Jarron Cumberland came off the bench to post 19 points on 6-of-8 shooting, while guard Kevin Johnson added 15 points… Guard Jacob Evans totaled 13 points… Guard Troy Caupain led all players with eight assists and Tre Scott finished with a team-high 10 rebounds.
• This season, Evans leads the Bearcats with 15.4 points per game. Kyle Washington ranks second with 13.4 points per game but leads the team with 7.4 rebounds per contest… Caupain is tops with 4.6 assists per game.
• Head Coach Mick Cronin is in his 11th season at Cincinnati and his 14th season as a collegiate head coach.
• Has compiled a 288-155 record during his career and is 219-131 during his Cincinnati tenure.
• Previously built a 69-24 record at Murray State (2003-06)
• 1997 graduate of Cincinnati.

. @UHCougarMBK practice session in advance of Saturday's game against No. 22 Cincinnati https://t.co/DD1zQVd3gK

Man, we need Gray for this game. Don’t think we have a chance without him.

“This is the first game we look and say this is a great opportunity game for us for a lot reasons,” Sampson said Friday. "I’m not going to sit here and say this is just another game, because it’s not.

“It’s a great opportunity for us.”

Houston presents the first real road challenge of the AAC schedule for the Bearcats. 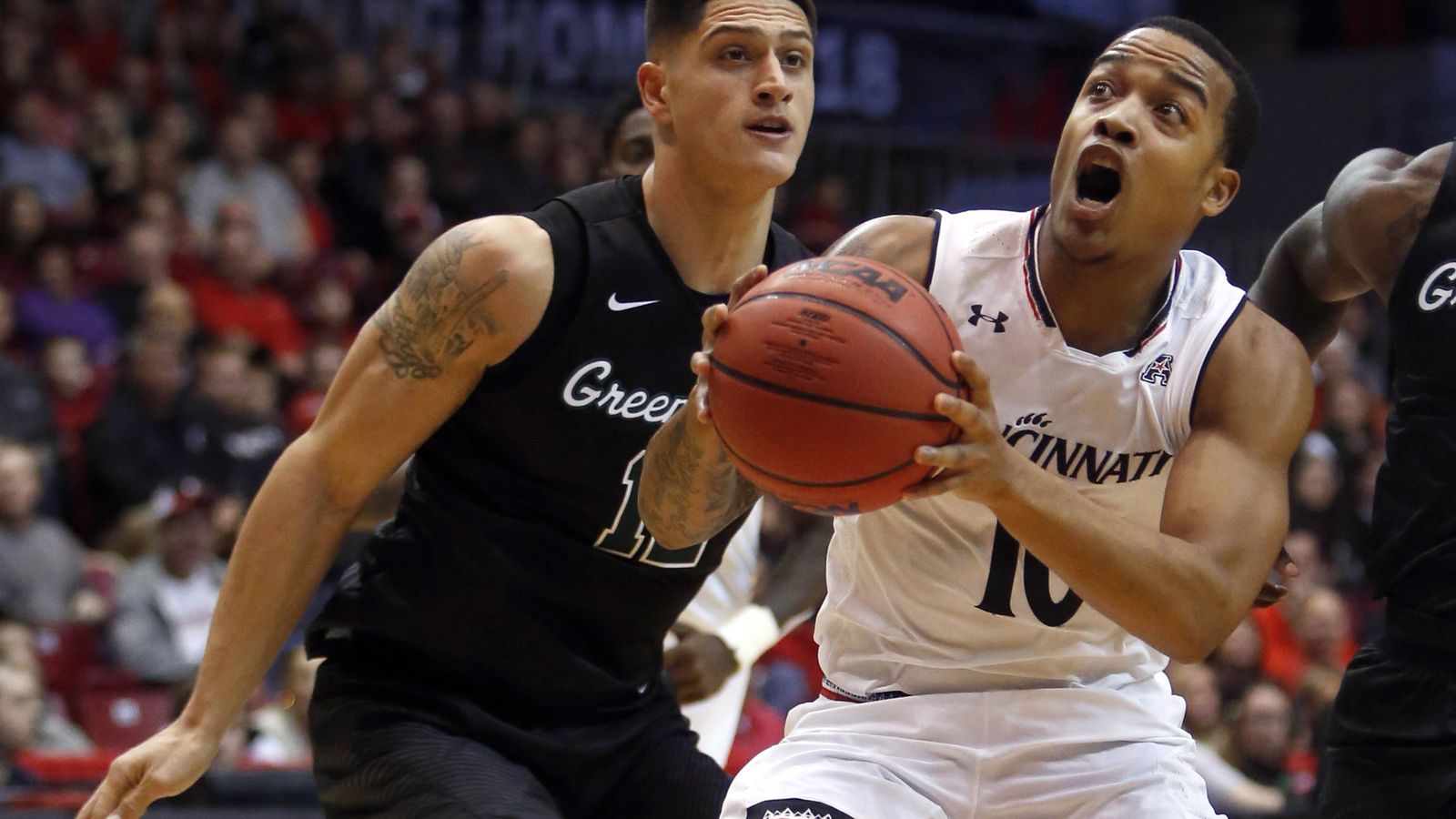 Houston presents the first real road challenge of the AAC schedule for the Bearcats.

Kevin Johnson has played especially well over the past five games. He’s hit at least five shots in four out of the past five games and as usual, has led the way defensively. He and Caupain will need to turn in excellent defensive performances against Dotson and Gray if the Bearcats hope to escape with a victory. The Cougars don’t receive a lot of scoring from their front court, so the Bearcats will likely put additional pressure on the backcourt.

The Cincinnati Bearcats face a difficult assignment in Houston on Saturday night.

Rob Gray is in pregame warm-ups

Chicken with 2 fouls early after struggling; stays on the court.

Cincy getting too many 2nd chance points.

Missing 3s and missing free throws; not a good recipe for winning.

Great play by Galen…stole the ball from the Cincy PG in the back court while he was talking to Cronin.

Great play from Robinson to steal the ball!

Gray picks up his 2nd foul; Dot and Chicken also have 2 and Cincy is in the bonus.

Nkali picks up his 2nd. Dot only has one.

At some point these 3s are going to fall…have to.

D has kept them in the game; hopefully the shots start to fall in the 2nd half.