I wonder if the media will pressure Kellen in taking a head coaching job. We know once the media starts talking about it, a lot of schools will be interested and offering a lot of money.

Name that MUST be on AD lists for D1 HC jobs this year Kellen Sampson, assistant coach at Houston. So much more than the son of a HOF coach, Kellen is a star in his own right. Phenomenal coach and GREAT person, he 100% should be on a lot of short lists for his 1st HC job. https://t.co/WoFKDsMoCa
CMCoog17 (Cristian) June 18, 2020, 11:12am #2

Would we be opposed to letting him take HC job at a lower D1 program to gain experience in that role then return to UH when his Dad steps down?

I’m “opposed” to it as there is a some chance he may never come back. The head coach in waiting
is kinda 2 edge sword. Your stating to the world
he is already caliber to lead, but yet you have him on the sidelines.

Building on his fathers foundation and legacy may
be a personal desire. Or stepping out on his own to
prove himself as his own man may become a motivation. Hard to say and his own feelings may evolve and change from day to day.

Seems likes the Sampsons are always pushing for something. Hell it took Kelvin a year to sign his deal. Probably because of the buyouts so he could keep leverage.

IF Kellen takes a HC job somewhere I bet now he will never be our HC. First his HCIW clause will be void as he would have left and would no longer be in waiting. Also depending on where he went there would be no guarantee of great success. Obviously any school hiring a first time HC wouldn’t be a school coming off any recent success. And IF Kelvin stayed 4 -5 years and we continue having success we likely would have some interesting candidates apply for our HC position.

I for one want Kellen to be taken care of here for the next 4 - 5 years, learn from his father, and show me he can recruit BIGS. The reason I would want Kellen is for the seemless transition from father to son. It would NOT be as appealing to me IF he were gone a few years and had nothing to do with the players on the team that were still here. Why would they have buy in to him? They would likely stay and continue with him as our HC IF he had recruited them himself. 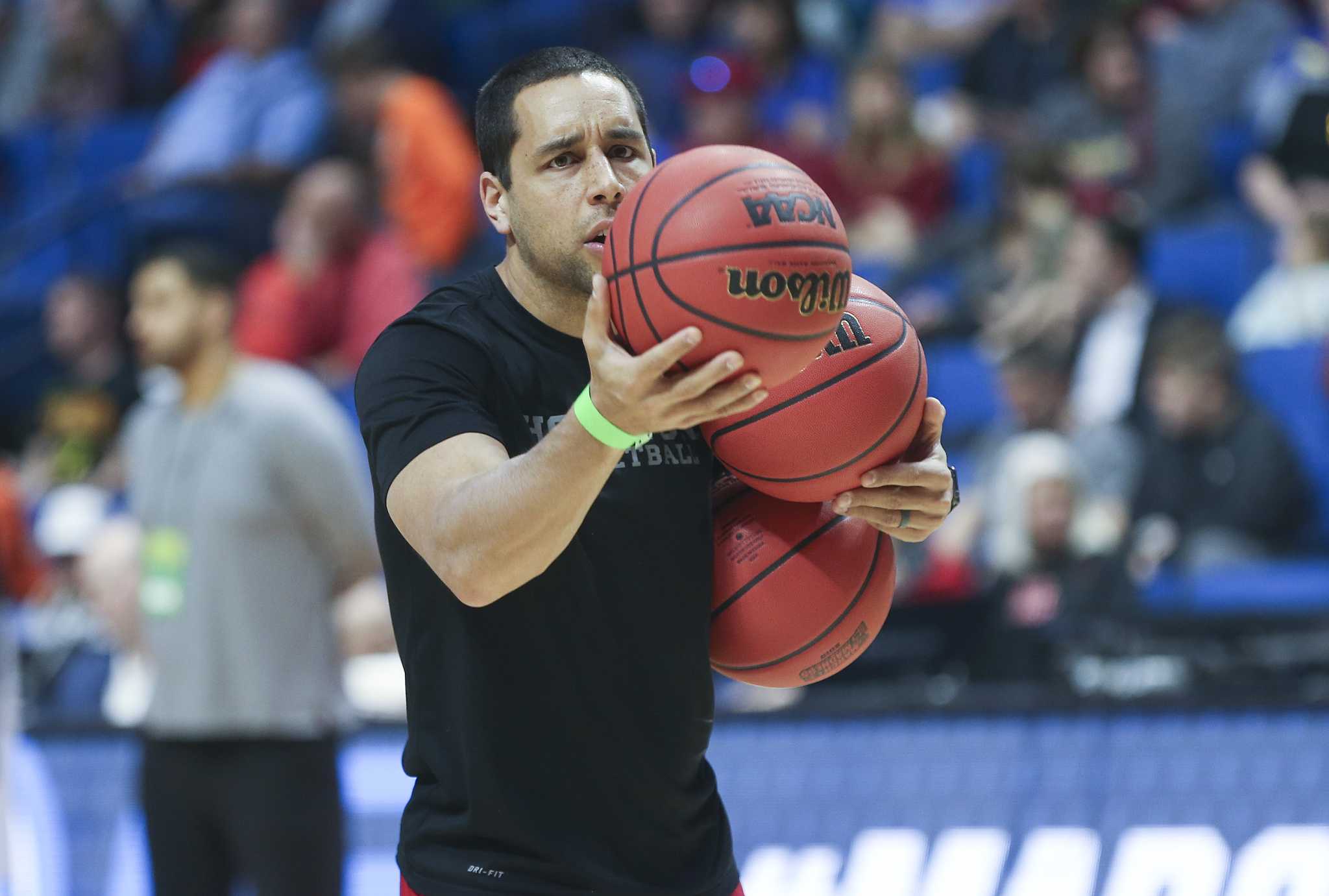 The University of Houston and assistant men's basketball coach Kellen Sampson have finalized a three-year contract.

FROM the article in Feb 2020:
More than 10 months after it was announced, the University of Houston and assistant men’s basketball coach Kellen Sampson have finalized a three-year contract.

The deal includes a $300,000 base salary, according to contract terms obtained by the Houston Chronicle on Friday through an open-records request, and what the school refers to as a “functional title” of head coach-in-waiting that was previously announced in April.
Sampson’s new contract as assistant coach runs from April 3, 2019, to April 2, 2022.

According to contract terms, Sampson or a third party would owe 100 percent of any remaining base salary if he leaves for another Division I Power Five assistant or head coaching job.

If he leaves for an assistant or head coaching job at a “non Power Five school” he would be responsible for 50 percent of any remaining base salary.

Any other job departure would result in paying 50 percent of remaining base salary.

In addition, Sampson receives standard incentives based on academic and postseason success.

Oh come on Joe, don’t be so hard on yourself. You aren’t any dumber today than you were yesterday.

First, I’m not sure what a Power Five school is in basketball.

Second, I would have no problem with him leaving to take a HC job, even if it means he doesn’t come back, as long as it doesn’t mean CKS is also leaving. HC experience is going to be a good thing for Kellen and it’s obviously what he wants to do with his life. If he comes back, he comes back with experience he couldn’t get here. If he doesn’t come back and CKS continues to have the success he’s had, like @1981Coog said, I don’t think it will be difficult for us to find another top notch coach. I think we’ll be fine either way.

Au Contraire RED…
Who knew the media would pressure Kellen to take a HC job!
And that the media has so much power in coaching searches! Because we know that once the media talks about a candidate LOTS of schools will offer a LOT of money. Because of course these AD’s and college Presidents are so stupid they do what the media says. and don’t know anything about all the DIv 1 #1 assistants at school like Duke, Kentucky, North Carolina, et al!. Or all the current HC’s at lower level basketball schools. Of course the media will have to tell them that Kellen is the obvious candidate over all because he does have the last name of Samposn. Forget those sons named Knight and others… this is a Sampson.

I’m fine with Kellen leaving – I was never a fan of HCIW designations anyway. I’d much rather replace CKS the old-fashioned way, whenever we have to do that.

I don’t want him to leave because he’s our best recruiter if nothing else. Also, who knows how much CKS will enjoy doing this if he doesn’t have Kellen working with him.

I understand Kellen potentially wanting to get started as a HC if a good opportunity arises, but doesn’t seem like it would benefit us.

If he leaves we lose our best assistant and one of the big reasons CKS enjoys being here so much and didn’t take the Orlando job. There is no “continuity”. If he’s doing well at another gig there’s also no real reason for him to come take this job in particular.

The only real reason to support him leaving is if you want an open process when CKS retires or leaves rather than handing it over. And even then, we probably can hire someone else if we really want, there will just be financial ramifications and it would be kind of a bad look.

CKS said in the caravan he knows his assistants want to be HCs and they won’t be here forever. When you have a successful program this is what happens. I don’t think Kellen is getting a job because the “media”, it’s because he a rising assistant in a good program. I think for him to leave it will have to be a good opportunity. I don’t think he is leaving to be the HC at an awful program.

There is no way to know that unless you are friends with ADs. We do know he has interviewed for jobs recently.

He is a great recruiter and assistant. That said, I can see him doing more coaching as the gets closer to Dad stepping down.

I remember reading somewhere that he already does most of the work the only thing he’s not controlling completely is gameday. Even then I’ve seen him give instruction and draws plays sometimes. I’m not entirely sure we want to lose him. He’s also a big part of our recruiting. Both him and Quannas. But we can’t expect them to want to stay as ACs their career.

Why wouldn’t young Sampson want to give a head coaching job a try? He is young and bright, a great recruiter and probably a future star head coach at a major school, hopefully UH.
To be honest, I think we are paying him about as much as we can an assistant…regardless, you can bet him and papa will sit down and talk about all the options.
That is why I say that everyone should cherish our time with Kelvin as might not ever have another like him…we are blessed…

I’m sure he wants to be a HC but it would come at a huge opportunity cost. For one thing I’m sure he really enjoys working with his dad and being close to his parents and sister. Also, he knows he’ll likely be handed the keys to a great program in a few years. Any HC opportunity he gets initially almost certainly will not be as good as this one.