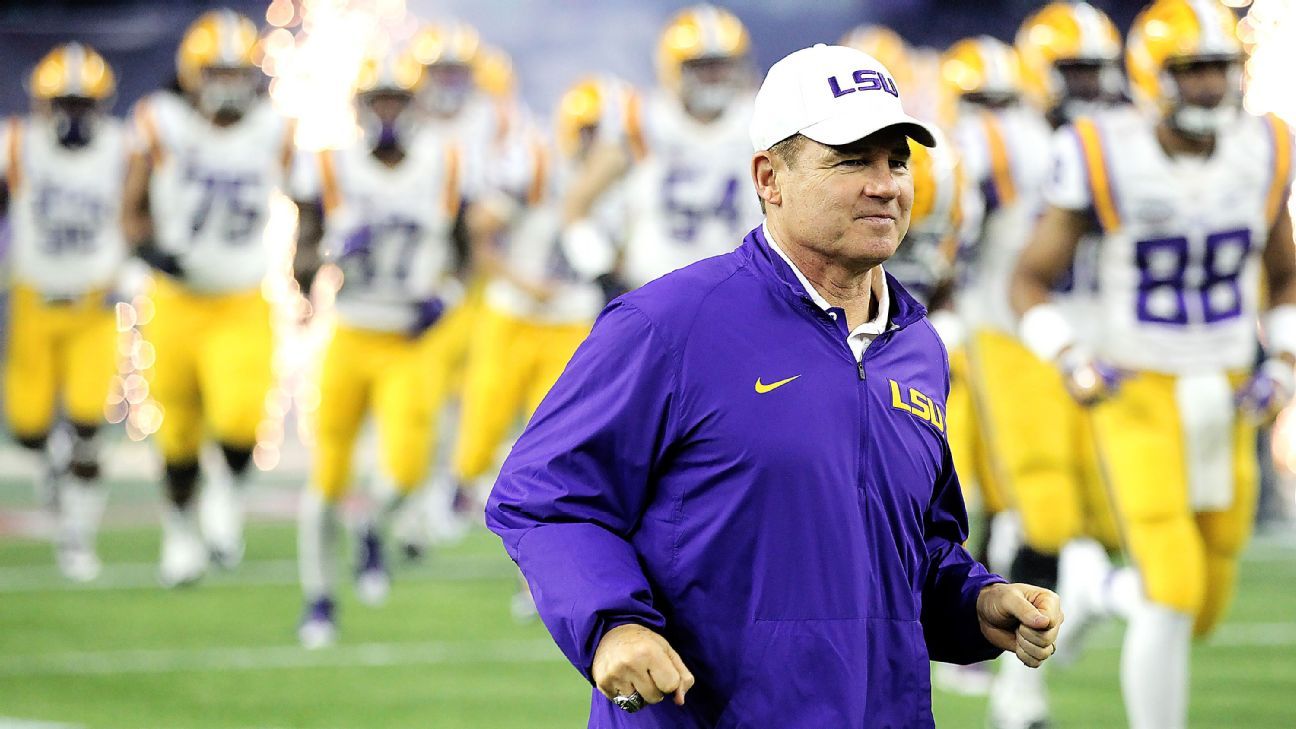 Former LSU coach Les Miles is among at least five candidates who will interview to be Houston’s next coach, sources told ESPN. T 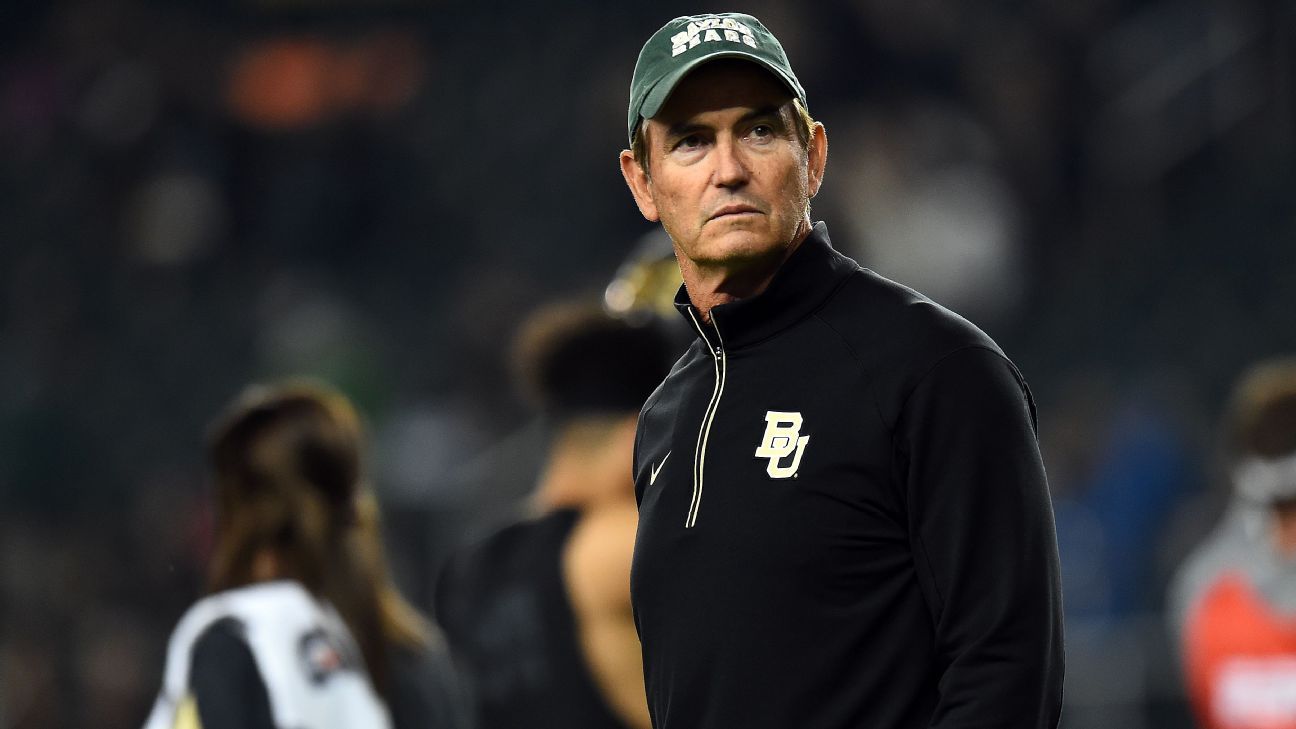 Former Baylor coach Art Briles is not a candidate for the vacant head-coaching position at Houston, the school announced in a statement Saturday.

Sorry. I’ve always been loyal but I have standards. If Briles is hired, then I’m done until he’s done. That’s just the way it is.

I guess Holgo is a pipe dream? 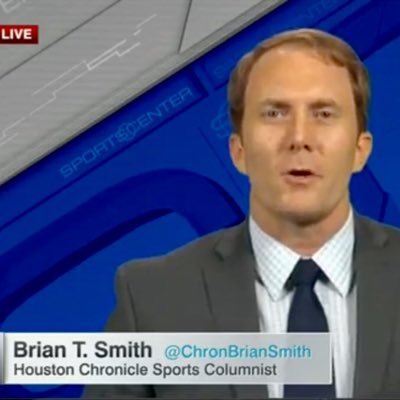 Wonder if he’s right about this one.

Yep, hear that he wanted to stay through the bowl game and we said no.

Just saw this tween from Shannon Terry, guy who started Rivals and 247. He probably has some decent connections.

I would be disappointed if Kiffin were hired. I do not think he is the “right guy”. Completely personal opinion, but there it is. If we are looking for a guy who has been a successful HC, that whats to be here for more than 3 or 4 years, and will agree to a big buyout, Kiffin is not the guy.

I tend to agree. I think Kiffin has potentially more upside, but Miles is the more proven commodity. I really can’t see Orlando or Applewhite getting the job. In my mind, it’s between Kiffin and Miles at this point, and I’m leaning Miles between those two. Now, if Lincoln Riley gets added to the mix…

The more I think about Lane Kiffin, the more it seems like his time. He was thrust into high profile jobs very early and has spent the last three years learning under the best in the business. He’s won three straight SEC titles, and a national championship (perhaps two counting this season). He might be the most underrated coach in college football. He reminds me of Eli Manning in that regard. I think it’s something in their mannerisms.

Well since sport writers try to uses sources like they have journalistic integrity when most have none, they add in their opinion and use “source” which can just be someone saying something on a fan forum.

Not sure which thread to put this but looks like CTO interviewed on Sunday.

Actually, he’s won 2 NCs, if you count the one he won as WR coach at USC.

I was at USC while Kiffin was there, through his time as a position coach, to OC, to HC, to on-the-tarmac guy.

As an OC at USC
He came up under Norm Chow, and Chow put together great offenses. Chow used to argue with Carroll a lot, and eventually Kiffin and Sarkisian forced him out, and the Sarkiffin monster was born. Kiffin was a very good OC, very aggressive, and using a pro-style offense that liked spreading the ball around…and things were good. He was relatively quiet around Heritage Hall any time you saw him, kind of in his own little bubble.

As a HC at Tennessee
Once Kiffin arrived at Tennessee, post-Oakland, he compiled the “dream team” with his day and Ed Orgeron in tow. His offense was pretty similar to what he’d done at USC. But this is when he started to take on a bigger personality and got into trouble in the SEC for being a bit of an ass and talking a lot. His success was fair for being there a single season. He recruited some good talent, and with the defense playing like it did, Eric Berry became a stud.

As HC at USC
When Kiffin arrived at USC, Sarkisian had just begun at Washington, and Chip Kelly was in his 3rd year at Oregon. Kiffin and Sarkisian were absolutely infatuated with Chip Kelly, and overnight things at USC changed. The practice schedule shifted to mornings…like at Oregon. Injury status reports turned into a circus…like at Oregon. Focus shifted to speed workouts…like at Oregon. They petitioned for alternate uniforms…like at Oregon. But he also tried to instill some other things. Darreus Rogers, a highly rated FR receiver, had his #1 jersey taken away because it was the jersey worn by Mike Williams a couple years prior, and now it was a sacred number that needed to be earned. And the meetings with the media also turned into a circus. At USC, you don’t change the traditional uniforms and have guys playing in cardinal/gold clown cleats without pissing off alumni and boosters. The media rode that train, along with the multitude of stupidity of the sarcasm and looking down on them, and every article was about how much of an ass he was. And that would have been manageable, had the offense not turned to garbage.

This is, to me, the biggest mystery. At some point between when he left as the OC and returned as the HC, his scheme turned into picking one chosen receiver (Robert Woods > Marquise Lee > Nelson Agohlor) and targeting him 60-70% of the time in the passing game, including tons of bubble screens. The running game was generally the second option. Third and long was always a middle screen or a draw play. USC became useless and predictable.

Recruiting remained strong, signing top-10 classes every season, but players never seemed to develop or even reach their potential. The teams always had decent records, but had only one strong win, and upset on the road at Oregon. The main gripe from people around the program was that he was so focused on calling plays he forgot to be a HC. In fact, I never saw him walk away from the sideline to the bench to talk to the defense in his time at USC.

And stupidity continued. He continued to play games and make smart-ass remarks to the media about their questions, as if he were Saban or Belichick…and he was not. He had some balls deflated in a meaningless game against the basement dwellers of the conference, got caught, and denied on and on until he was reprimanded. And when reporters called him out on it, he retaliated, infamously banning one of them (Scott Wolf).

On the whole, the team did a steady backslide since Carroll left. And when the team went to the Sun Bowl after tanking a season that started with them ranked in the top 10, he got into a fist fight in the locker room with Kennedy Pola, the long-time RB coach. The team then lost that game to Georgia Tech, and Kiffin was fired midway through the next season after getting blown out at Arizona State.

OC at Alabama
Kiffin and Saban have the same agent, so the popular theory is that his agent had him brought onboard at Alabama as a rehab job. He’s flourished there, in my opinion, for three reasons. First, Saban doesn’t let him speak…and that’s good for Lane. Second, he’s focused on the offense and there’s a strong defense, he just needs to keep the pedal to the metal…and that’s good for Lane. Third, Alabama brings in a TON of talent, and Kiffin as an OC is generally good about using his tools.

HC at Houston???
Someone mentioned above that he might not be a good fit, and I tend to agree. It’s unknown if he’s still the ridiculous clown with the media as he was when he was at USC. But in a city that’s got so many people who love football and obsess over it, that old attitude and the lack of resume as a HC will wear thin very quickly.

But my biggest question would be if he’s learned how to be an effective HC, now having been under two very successful ones? Will he be his own OC because he can’t trust anyone else to call plays of his giant Denny’s menu? Will he have any interaction with the defense?

Sorry for being so long-winded…just thought you might want the perspective of someone who was around him during his years in Los Angeles.

Great perspective. Thanks for posting. I didn’t know any of this stuff about him.

The thing with Lane Kiffin, as I saw it, was that he was just very immature. And being in his early 30’s, having been the son of a well-respected DC, having grown up around great coaches, having had great success under Carroll, being a HC in the NFL, and two major NCAA programs…it would makes sense that he felt he could act the way he did. It’s not excusable, but I can imagine where the attitude came from.

My hope, if he is offered the UH job, is that he’s mellowed and humbled a bit after being fired from Oakland and USC, and having worked under Saban. The man knows how to call an offense when he’s not trying to emulate other coaches. I just hope he’s learned how to be a head coach, not just an offensive coordinator.