So McMurphy floated his name yesterday so I decided to do some research. I’ve never liked Kiffin; thought he was a pretty boy that was promoted ahead of schedule due to his father. However, my views may be changing on him.

Kiffin moved up fast through Pete Carroll’s USC teams and quickly became their recruiting coordinator and OC. While in those positions, they brought in the #1 classes regularly and won a championship.

He moved to Oakland and became the youngest NFL coach ever and was mediocre at best. To be fair, every coach after 2002 was mediocre as Al Davis was still sticking his nose in business and making personal decisions. Davis went with Jamarcus Russell with the #1 pick even though Kiffin was solidly against it. In the end, that relationship died as the two didn’t see eye to eye (Davis famously called out Kiffin for being a fraud and refused to pay him - wasn’t the first coach Davis did that to).

Kiffin then became the youngest ever college head coach at Tennessee and proceeded to pump life into an outdated offense (Took over for Phil Fulmer). While there, Kiffin brought in a top 5 recruiting class, but saw mediocre results on the field.

After one year, he pulled a Herman and took the open USC job. Vols fans basically acted like we are now, only worse as students rioted on campus. Sanctions came down on USC before he even started and the NCAA juniors and seniors transfer out with no restrictions or having to sit out a year and also took scholarships. Kiffin actually did well in his first 2 years, taking USZc to a 10-2 record his 2nd year. By his 3rd year, the loss of scholarships was hard to overcome and he was fired midway through the 4th year (famously on a bus outside the facility).

Kiffin then appeared at Alabama to study for a few weeks when Saban hired him as OC. Since then, Alabama has seen a lot of success as Saban now has a modern offense to go with his stifling defense. They won the championship last year and look to be the favorites this year with a freshman QB leading the way under Kiffin.

Pros: He’s still young (41), he’s got an incredible pedigree, he can recruit, he’s got a ton of coaching connections to build a staff, and he has a very good offensive mind.

Drawbacks, he was basically Herman before Herman and I’d imagine he’d jump for a blue blood P5 job in a heartbeat if offered. He’s also has come off like a spoiled brat on occasion and would probably struggle with the media.

I think I’ve changed my mind on Kiffin and he would be a great guy to take a chance on, especially if you can build in a huge buyout in his contract. In fact, I think he’d be at the top of my list right now. What does everyone think?

@CougarJim1974 you’ve watched him in the SEC; is he worth it?

Hard pass on Kiffin for me. He ran not one, but two programs into the ground. Someone else can take a chance on him.

I think he goes to Oregon.

@pray10 While Kiffin isn’t at the top of my list, one would have to think he would be a good choice for getting Ws. He can coach an offense at the highest level. He can recruit. Now he has served under possibly the most successful coach of all time and seen just how dominant a team can be with an offense and a smothering defense.
it will be interesting to see who ends up with the job. Tilman and Khator should have to decide between some very intriguing options.

At the very least, we have some very good…and intriguing candidates to consider.

Kiffin, for better or worse is everything Herman was x2.

Herman used to brag about seeing a recruit with his championship ring on to impress them. How many does Kiffin have now? 4? 5?

I think he has shown himself to be more dynamic in his offenses than Tom was, and if he stays, could use both Kyle Allen and could structure an offense for King. Alabama has had a different quarterback and style seemingly all 3 years.

It is a bit risky as he has flamed out elsewhere, but it is important to remember, he was like 30. Hopefully maturity has set in. Being around and learning from Saban has to have helped.

There is a lot to like here. He is a flight risk, but we can work around that with contracts. He’s my top 3 right now in now particular order along with Miles and Orlando. Each has a lot of upside and some potential pratfalls.

If Kiffin was selected, I could live with it. My hope would be that he chose capable assistants with very strong Houston/Texas recruiting chops.

I always thought Kiffin got a bad rap. Sometimes we can learn quite a bit from our failures. I think he’d do very well and has worked for both Pete Carroll and Nick Saban. I’d be in favor.

He’s being interviewed next week for the job. 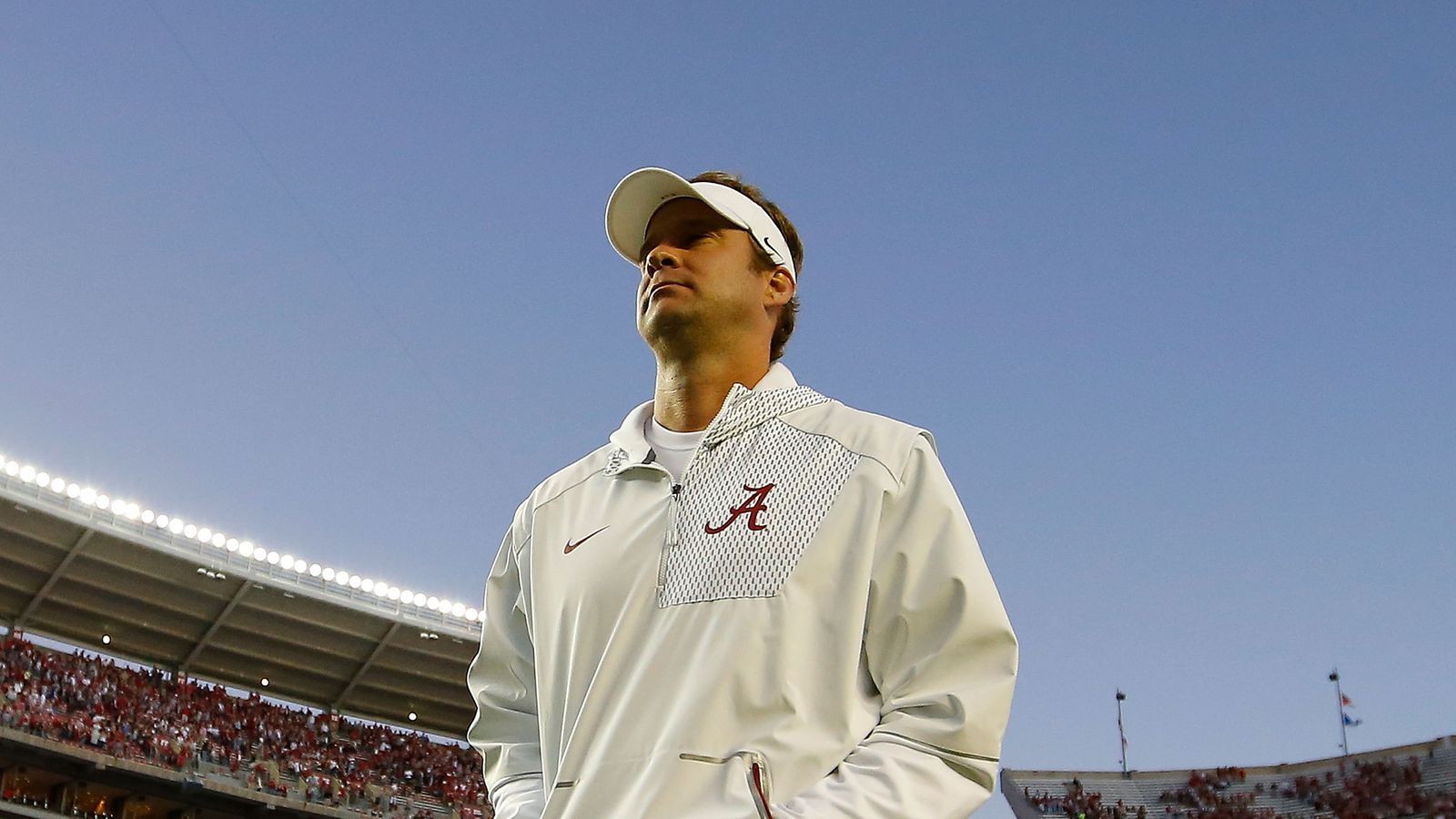 The Alabama OC could be back as a head coach for a fourth time.

Kifin is not at the top of my list, but he is way above my absolute nos of Miles and Briles.

I will candidly admit I did not know the details of what happened at UTe and USC. I just know he left after one year.

Yeah he does come across as being a Herman before Herman. Is he a flight risk? Maybe. But at this point if I had to pick between Kiffin and Miles I think I would take the chance with Kiffin. I do hope he has improved with the media.

IMHO, Kiffin would be a good fit for us, but if he’s TH Part Deux, I have some reservations. Yet, he may be worth taking a shot on.

I was thinking if Kiffin was hired, we’d get a bonus in getting his wife to Houston too. But I see they are getting divorced…

If we get Kiffin I would consider moving back to Houston, getting a location on Scott Street, and opening a bar and dance hall. Joey Freshwater drinks free!

“Multiple sources have also confirmed to SB Nation that Alabama head coach Nick Saban is actively promoting Kiffin to Houston, ostensibly to keep his OC from jumping to a division rival next season.”

Why thank you kindly, sir.

“Multiple sources have also confirmed to SB Nation that Alabama head coach Nick Saban is actively promoting Kiffin to Houston, ostensibly to keep his OC from jumping to a division rival next season.”

Why thank you kindly, sir

Tell you what Nick. Come coach here for a year or two and we’ll take him off your hands

What are y’all thoughts on Lane Kiffin , recruiting wise ?!

Got Bama and USC cred.