What have y’all locals heard about a locker room visit from the visiting team’s former player down at the ole rice game?

Typical Baylor letting an accused criminal into their locker room…

And you can’t prove it…

Art Briles and Shawn Oakman were in attendance for Baylor’s 38-10 win over Rice on Friday, a surprise, considering the former head coach is in the early stages of his faux-apology tour and the former defensive end is awaiting his day in court after...

The transcript of what Baylor coach Jim Grobe said today, when he was asked about Oakman: https://t.co/9yICMQrspF 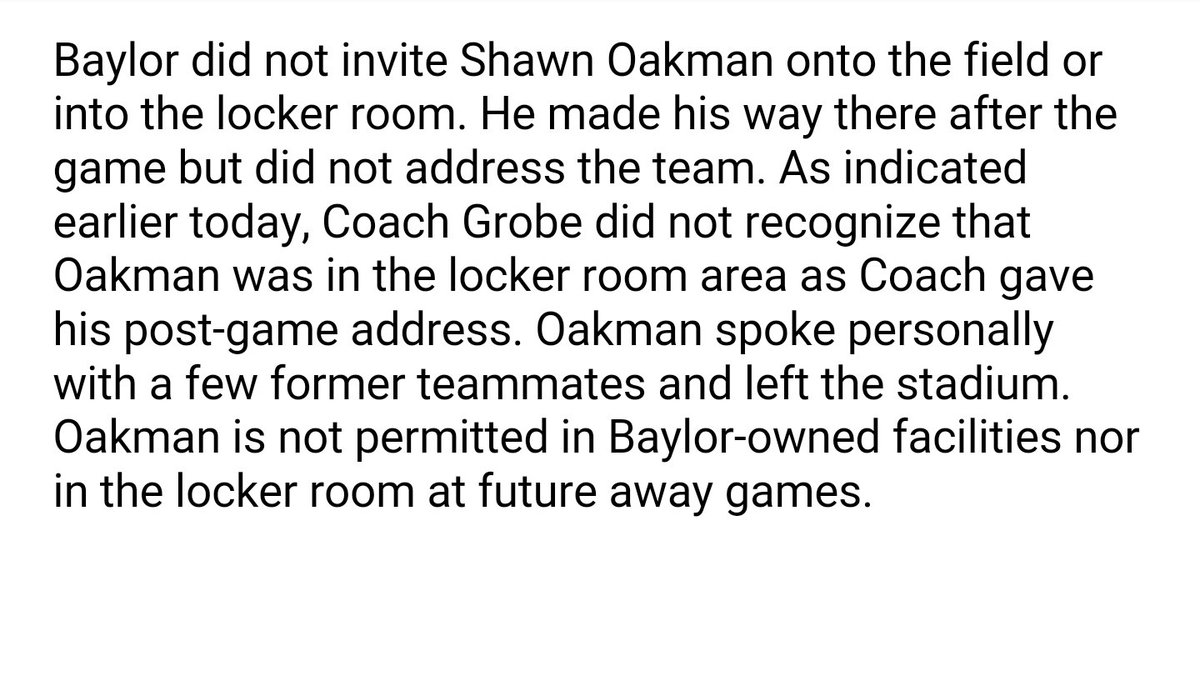 Another way to look at this is Baylor didn’t prevent him from entering. Baylor has a prevent problem.

This is a really bad look. It’s easy pickings for the Baylor haters, those that are impartial don’t understand how BU can be defensive about this, and BU nation’s response to this is worse that the dude showing up in the first place…not to mention on a night where CAB shows up and BU nation yells “too far” at the Rice Mob.

The current coach of Baylor saw no picture in the 100s of stories of Baylor rape cases?
And/or
A football coach doesnt even notice a door way size brute?
C’mon now. Oak would stand out in a crowd of a 1000…much less in a locker room

Whether he could pick him out of a lineup or not, the rest of the coaches certainly could.

To be fair, Grobe probably never met or has seen pictures of the guy… only heard of him. Coaches and other staff still remain from the Briles era correct? SOMEONE must have recognized him coming into the locker room and should’ve told him to leave.
My favorite part of all of this is how Russell was being sympathetic and mentioned that Oakman is going “through a tough time.” Give me a break…

Word is the DLine coach escorted him in.

Word is the fans gave Art Briles a standing O when he arrived for the game.

“I don’t know who he is” sounds a lot like a line a lawyer/PR guy fed Grobe in case that question popped up.

Seems like Jim Grobe really isn’t anything more than a Board of Regents mouthpiece. I guess BAB’s old assistants are really running the team?

Can we just go ahead and burn that school down? Geezus!!!

Maybe once they play real teams and return to their losing ways their fans will take care of that. 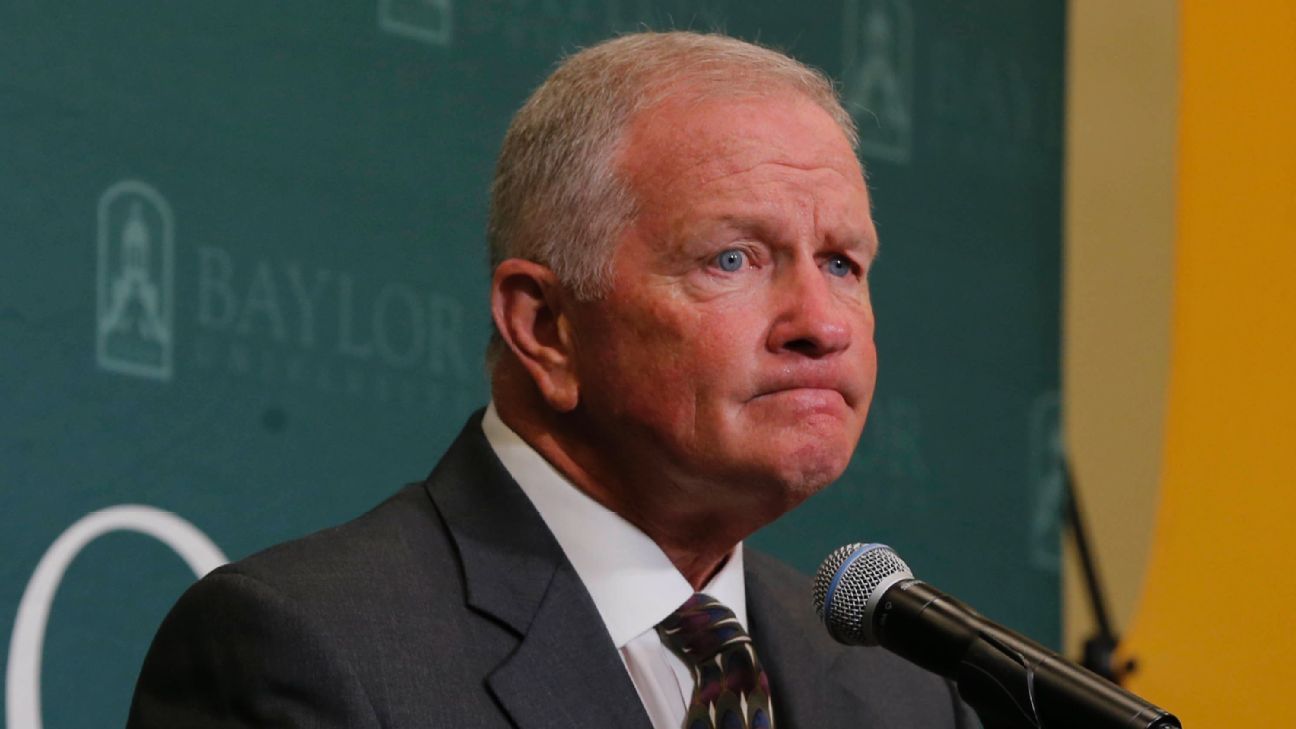 Jim Grobe said his comments earlier in the week about not knowing who former Bear Shawn Oakman was were "taken out of context" by the media.

“Maybe it would have been appropriate to follow up with the question with, ‘Do you know that Shawn Oakman played for Baylor?’ Or, ‘Did you know that after his senior season he was charged with a criminal offense?’ To those questions I would have obviously answered yes,” Grobe said. "I’m very aware of the misconduct issues that impacted this program prior to my arrival and the players involved, but my focus and my priority from the day I arrived have been the actions of both on and off the field of the guys who play for me now.

“I do not believe it was a good idea for Shawn to be in our locker room, and had I been made aware of the situation in advance, it would not have happened.”