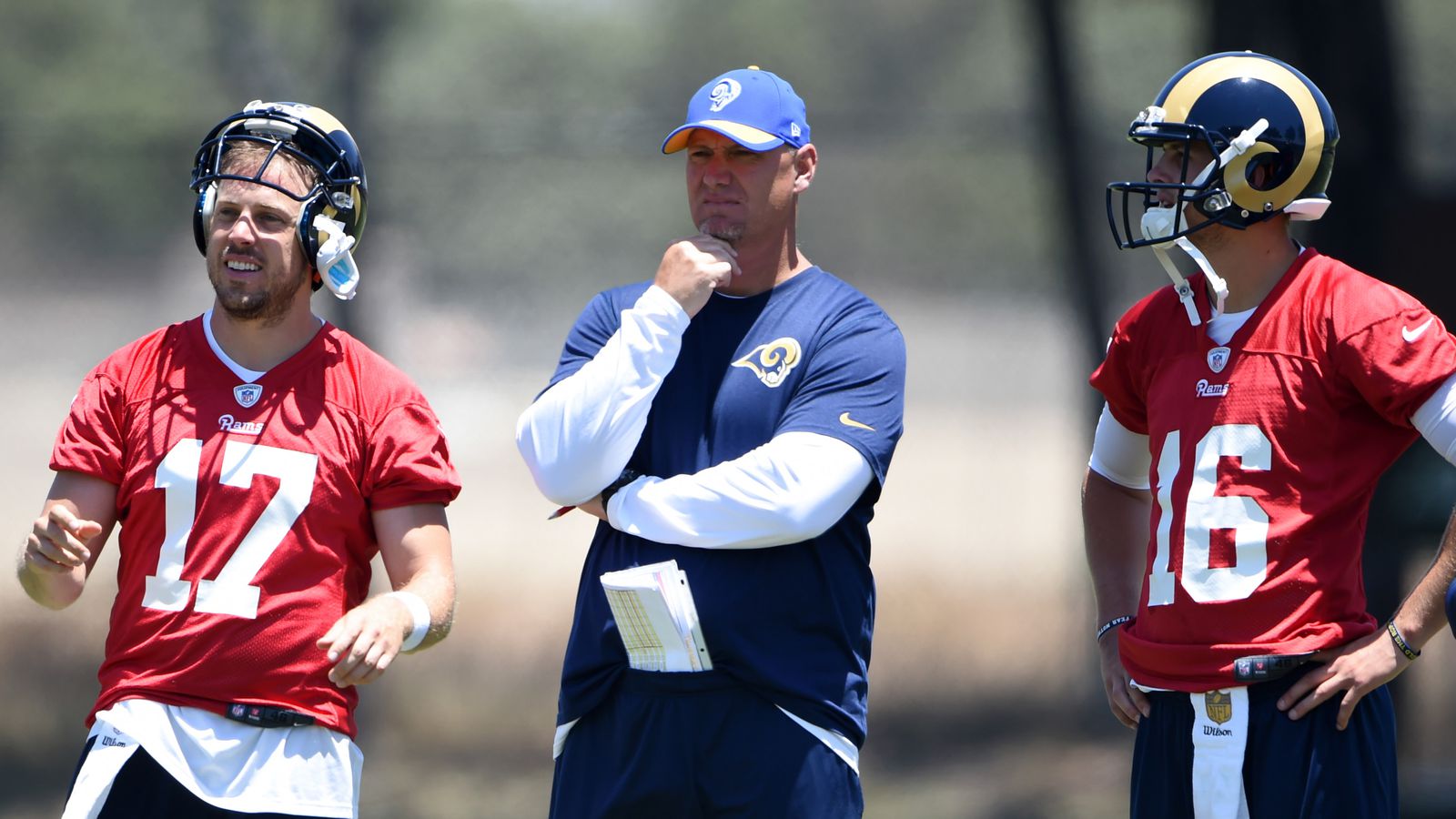 The Nick Foles era is over in Los Angeles before it even began. The quarterback requested his release from the Rams on Wednesday, and the team granted it.

I think Case starts initially. As long as they win, he’ll continue starting. Sort of reminds me of Drew Brees’ last year in San Diego after they drafted Phillip Rivers. Chargers went 12-4 and Rivers sat all year; hopefully, Case can have similar success.

My first thought was that you buried the lede, but then I realized it wasn’t your headline. He looks forward to a healthy competition with the rookie.

“When it’s good people, it really makes it a lot easier — and he’s good people,” Keenum said. “We’re trying to make each other better.

“The way I’ve always seen it — I don’t want him to do bad. I want him to do good. But when I’m competing with somebody, I want my best to be better than his.”

On what coincidentally was the first day of the NFL draft in 1999, I ran a half marathon roughly 30 miles outside of Columbus, Ohio. Several hundred people showed up to trudge through neighborhoods…

Trash article, but the comments are nice

Jared Goff: Case Keenum is 'one of the best teammates I've ever had'

Apparently, the relationship between last year’s starter for the Los Angeles Rams in Case Keenum and No. 1 pick Jared Goff is pretty strong to this point. While the two are obviously going he…

Keenum has thus far been “one of the best teammates I’ve ever had,” Goff said.

“I didn’t know what to expect coming in and it’s been far and away more than I ever could have expected from somebody like him,” Goff said. “The way he’s helped me and treated me and brought me in and kind of helped me with anything.

“If I have a question, I’ll go to him and he’s going to help me. And he’ll ask me little things to keep me on my toes.”

6 minute interview with Case in front of an FCA group:

IRVINE — The Los Angeles Rams decided Jared Goff is their future at the quarterback position back in April. But is he their present? That’s one of the biggest questions during the team’s first training camp in Southern California since 1994.

Case Keenum officially began the camp at UC Irvine atop the depth chart and he looked like he belonged there Tuesday, when the team had the season’s first full practice in pads.

“He’s handled it great,” head coach Jeff Fisher said of Keenum. “He has a great feel for it. Understands the offense, great in the huddle. He does all those little, extra, subtle things that you need to do as a quarterback.” 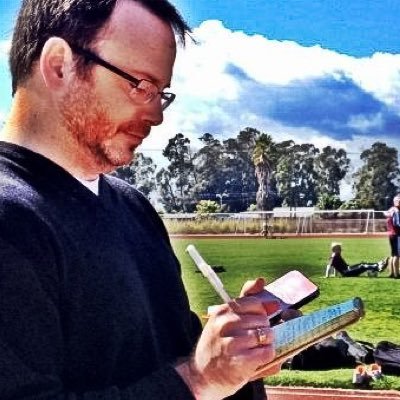 VIDEO: Case Keenum says "I'm doing my job and when I'm at QB... It's my offense." @casekeenum7 https://t.co/IeNHPAXUA6

Sounds like Case is dong really well while Goff is struggling badly:

The Rams are starting Case Keenum to open the preseason against the Cowboys, and not top pick Jared Goff. NFL Media's Bucky Brooks thinks that's the right move, even if it requires patience.

“Taking all of this into account, I think it’s sensible for Fisher to officially name Keenum the starter and stick with him through at least the first half of the season,” Brooks wrote. "The veteran not only gives the Rams the best chance to win right now, but the team believes in his talent and leadership skills.

“Speaking to several offensive players, I repeatedly heard the word ‘gamer’ and ‘winner’ in reference to the 28-year-old Keenum. In fact, one Rams receiver said the offense would thrive in 2016 with Keenum at the helm, even though everyone expects Goff to eventually become a ‘baller’ at the position.”

For the past several months, I thought the prospect of Keenum taking the field with the starting unit was simply the product of coachspeak. But after spending time at Rams camp, I believe the team should play the veteran quarterback until the youngster proves that he is ready to handle the job. This is the blueprint Fisher successfully used with a young Steve McNair during his time heading the Oilers/Titans. Despite entering the NFL as the third overall pick in the 1995 NFL Draft, McNair didn’t become a full-time starter until 1997. He went on to make three Pro Bowls and earn NFL MVP honors in 2003. Fisher should keep this in mind, to help Goff eventually reach his full potential as the Rams’ franchise quarterback.

There is more that height to being a great NFL QB 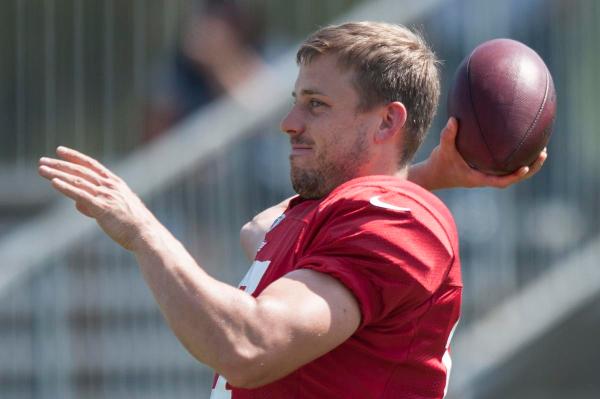 IRVINE – After the first week of training camp, the Rams’ quarterback battle is, well … “Put in number 17,” a fan yelled after Jared Goff kneeled to avoid a “sac…

After the first week of training camp, the Rams’ quarterback battle is, well …

“Put in number 17,” a fan yelled after Jared Goff kneeled to avoid a “sack” in Friday’s no-contact practice at UC Irvine. Not long after, number 17, Case Keenum, entered and threw a touchdown pass. 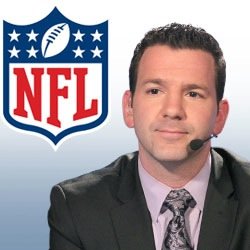 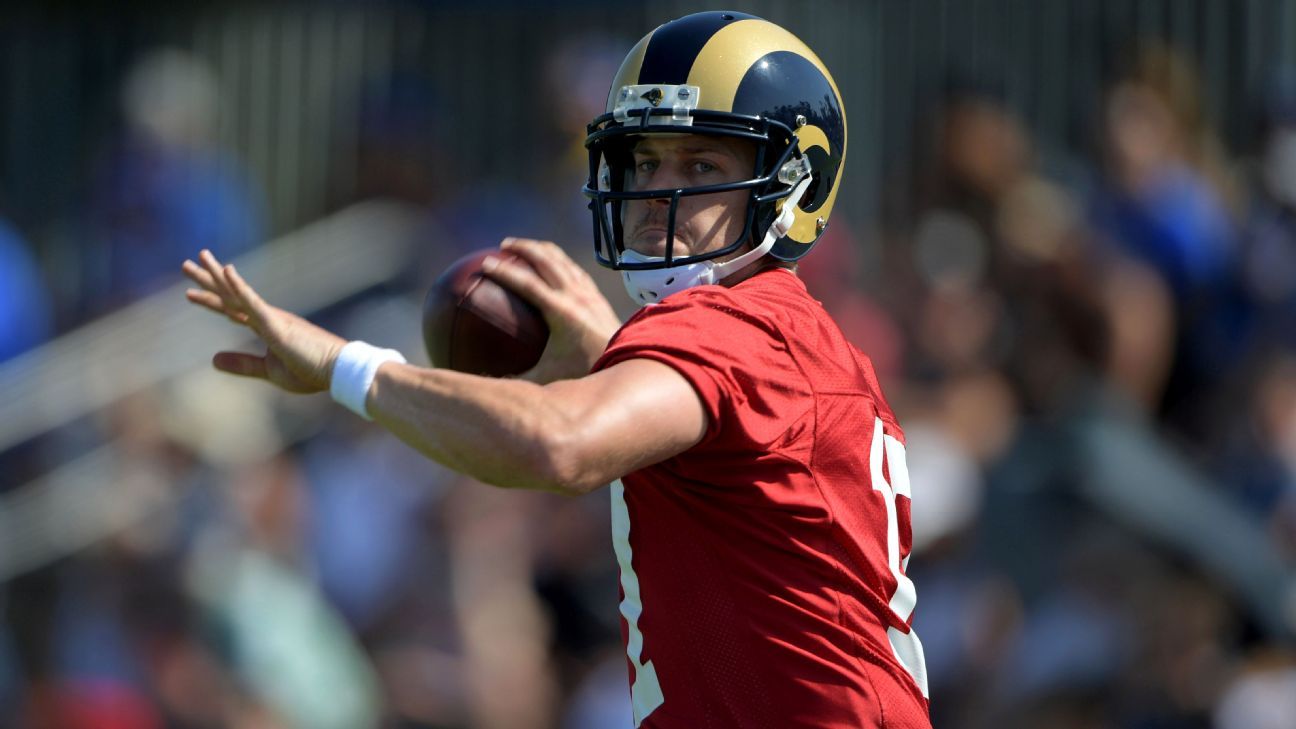 Jared Goff, the No. 1 pick in the draft, has gotten all the media attention in camp. But Case Keenum has acted -- and played -- like the Rams' top QB.

Keenum has done nothing in camp to surrender his starting spot. He continues to take all reps with the starting offense. He clearly acts like the man in charge. His passing has been sharp and his experience obvious.

I wish the best for Keenum. I know he is highly competitive and a nice guy. I know he is good at rallying others. I also know he is a quick learner and scans the field well. Unfortunately what I have noticed is the book to defend against Keenum seems to be written for him. He is great out of the pocket, so defenses don’t try to flush him out. They come hard up the middle with hands in the air and the ends play containment. Keenum can heave the ball 70 yards down field but his bubble screen passes take a little longer than other successful NFL QBs. So they rush up the middle with hands in the air and the corners wait to jump on sideline passes. Keenum would be great in the read-option system that worked well for RGIII in RGIII’s first season but like RGIII he would get banged up,

Again, I hope the best for Keenum, but his center and guards have their work cut out for them while he is on the field.