Not sure, but they may not be on good terms after we got stuffed by the Big12 in 2016 either.

I hope most of our big targets are in for this game.

Class is starting to fill up. Hopefully he decides yes or no on UH soon.

From a few weeks ago.
"I believe the recruitment is focusing on two teams so far. Houston and Illinois seem to be the only two teams Netherly has visited since entering the portal. Both teams seem to be good fits for Netherly, depending on what he wants to do.

It looks like Netherly’s sister currently attends Houston and plays basketball for the Cougars." 
" But, judging by his dad’s tweet, Netherly is going to be switching back to wide receiver and that could be enticing for the former four-star recruit. So, as of right now, it seems like it is a two-team race, but there is still some time for him to get in a few more visits." 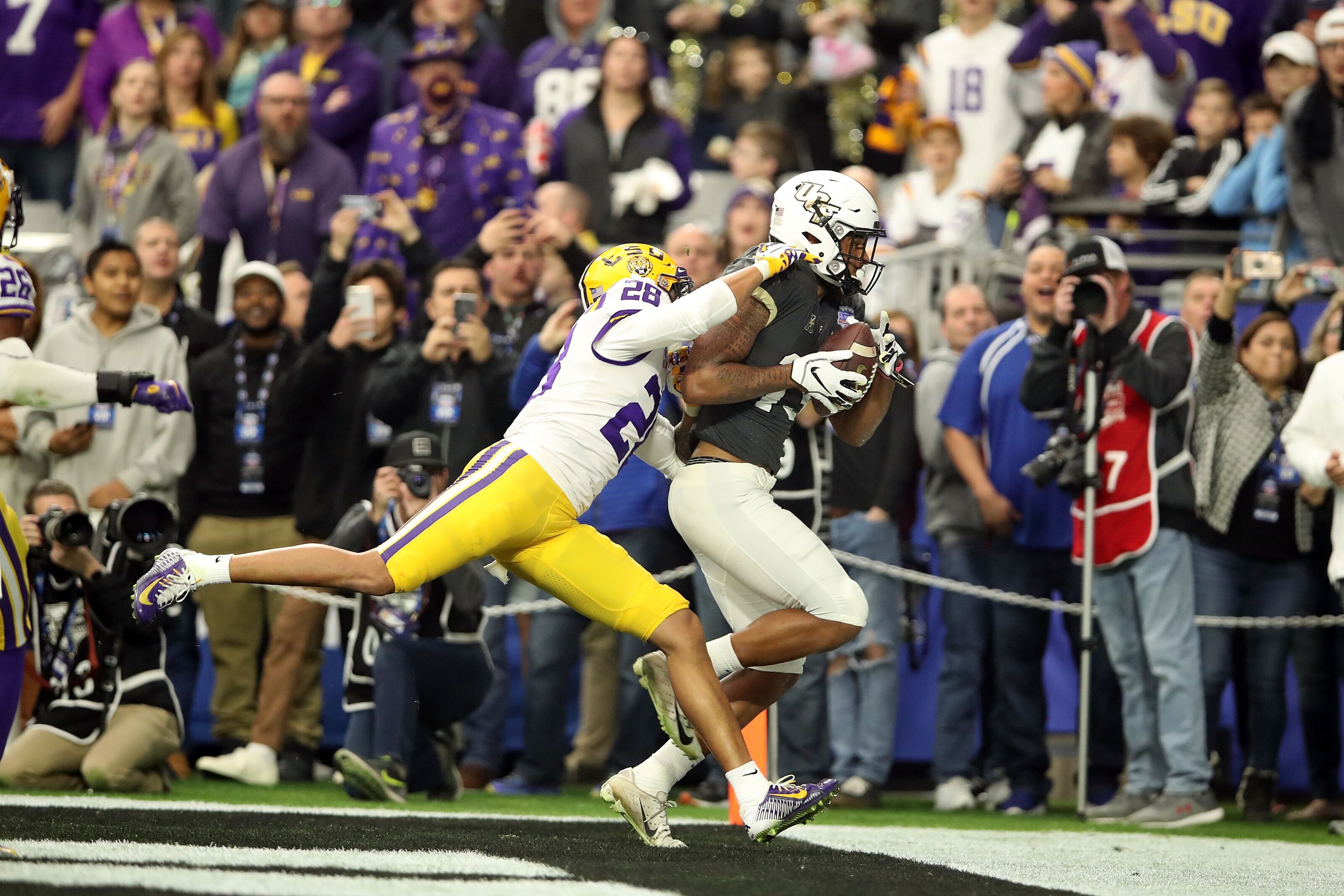 Illinois Football: Mannie Netherly would make an impact on the Illini

Over the last two seasons, the Illinois football program has started to become a safe landing spot for players who are looking for playing time and a fresh...

@#939 says down to 2 but another post says multiple visits.

I have no insight on this but from the outside looking in it appears that they have been pushing for 2021 kids since our Friday Night Lights Showcase back in June but none have hopped on board for obvious reasons. This staff has done a great job of...

I’m not high on graduate transfers as most of them haven’t paid off for us. Dana has a history of taking transfers at WV. I do think we have a better chance of landing 4-5 star players through the transfer portal; therefore, we may develop a niche to be a desired destination for Group5 schools.

Kyle Allen could have been a contributor here in CDH’s system, he didn’t fit CMA’s. Porter and Anderson are contributors, and have played well for us, as were some others.

Not every transfer works out. Neither does every recruit. You can probably pick up a higher caliber athlete in the transfer market than out of high school as a G5. SMU has executed the strategy well, and Holgorson should continue doing the same.

The Portal (all hail) is not the same as graduate transfers. It is a completely different situation because the kids that are using the Portal are younger with more years of eligibility. It is also picking up steam as an option for kids that are not getting playing time at other schools. I think it is a great way to redistribute talent rather than letting them be hoarded at a few schools.

Gotta eat a redshirt year with a transfer. A HS recruit has 5 years to play 4. A transfer might have 3 years to play 2, while taking a roster spot. They effectively shrink the roster. I’m not opposed to transfers, but too many can be a problem.

Time to get past how teams used to recruit. As long.as the transfer rules are like they are and players are moving so frequently rosters are going to be built differently. We just happen to be in a great position being in Houston to be a huge recipient of quality players wanting to come back home as transfers. The talent we can land will increase even more the next few years once we start winning. There will be a time we can start getting the same talent through the HS ranks but until then we are going to be loading up on this opportunity.

We just happen to be in a great position being in Houston to be a huge recipient of quality players wanting to come back home as transfers.

We should be using this as a great recruiting pitch. Why go away when you can stay home, see how these HS stars found out they really didn’t like freezing in Michigan, being is some podunk town like Tuscaloosa, etc. You have all you need here, and your folks can come to all of the games!

As we have seen, transfers don’t always need to burn a season. It seems only about half do. Dan Snyder made Kansas State a perennial top 20 team with Juco and transfers. The portal has made it even easier. I am very p!eased the Holgorson is maximizing the portal. Instead of reaching on high school players to fill extra spots, recruit about 10 portal transfers a year and mix with 15 high school recruits.

Dan Snyder, huh? It’s amazing how that success at KSU didn’t translate to running the Redskins.

I am sure we have Red, but the lure of the Blue bloods, the 100K crowds, television, a shot to win the national title, etc are hard to overcome…the way things have changed so much using the transfer option and portals should be good for our Coogs. Like RW said, a lot of star players leave Houston, become disenchanted and want to come home…

Agree that it will always be tough to compete with blue bloods as long as we’re in the AAC, but I would like to see us get to the point where we do as well as Tech, TCU, and Baylor, much less Iowa State, Kansas State, etc. I think that could happen with Holgorsen. Right now we have the highest average rating per recruit in the AAC, and that’s after we got a decommit from a Fort Bend offensive lineman with offers from Florida, A&M, Nebraska, etc. In addition, 247 is counting a walk on kicker, who’s our lowest rated recruit. If we can do that AND blend in transfers like Anoma (Alabama transfer who was rated the #3 player nationally in ‘18) and Mohammed from Michigan (#1 TE in Texas two years ago and #16 overall player in the state), winning 22 games like we did in ‘15 an ‘16 should be closer to the norm than the exception.

Maybe Bill/Dan has a split personality.

On the other hand Ben, other than certain high impact HS recruits, how many actually get to play other than spot time during mop up. Most are (or should be) redshirted and really don’t get to play until their RS soph or junior year. So, they are using a 'ship for 2 or 3 unproductive years while they learn the system and mature. Of course, that is if they actually become contributors, which a certain per centage never do.

When we get a transfer, who may or may not have to sit a year, we are usually getting a proven product. Take Deontay Anderson and Marcus Jones, they were stars at their previous schools. Do they not have a better chance of starring for us than a guy in HS that may or may not prove to be as good in college as they were projected to be coming out of HS? I think the metrics would say they do. Lord knows, we have had our share of guys that were supposed to be studs that have yet to show it.

We have a RSFR RB that was supposed to come in and be an instant star; but has yet to play while walk-ons have.