Beat them 2 months ago at our place. They’re ranked 37th in the RPI, but have struggled a bit lately going 8-7 in their last 15. They did go up to Omaha this past weekend and sweep Creighton. Last real chance before the tourney to notch a high-RPI win. 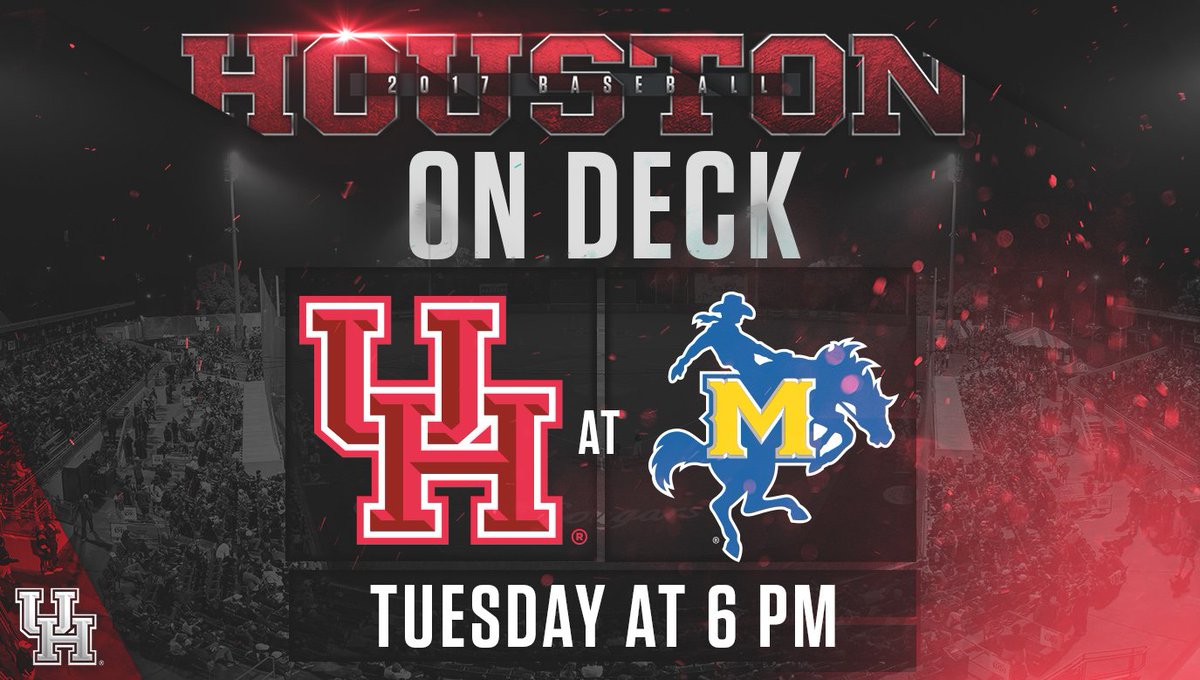 Houston and McNeese have met 64 previous times and once already this season.
The Cougars own a 50-14 record over the Cowboys, dating back to 1971.
The two teams met back on March 14 | Houston 6, McNeese State 5 (Schroeder Park)
Jake Scheiner belted two home runs and drove in five RBI in the win.

Bottom 3rd
Single, steal and a single scores a run…Cowboys lead 1-0
Walk puts runners on 1st/2nd with no outs
Lineout to Davis who doubles off the runner at 2nd
stolen base
K #3 looking

This home plate ump is terrible

Edit - All of these umps are terrible

Bottom 5th
Grimsley to CF, Julks to LF (Guessing Whitting wasn’t happy about that last play that Coldiron had to make)
single, K#6, stolen base, walk puts runners on 1st/2nd with 1 out
Wild pitch moves the runners to 2nd/3rd
Bloop single down the LF line scores a run, runners on the corners…Cowboys lead 2-1
Fielder’s Choice to Henry, gets the runner at 2nd, run scores…Cowboys lead 3-1
Anderson out to pull Henry (not happy about him not going home on that grounder) - Bond on in relief
Steal and a groundout to short ends the innning

Top 8th
New pitcher for McNeese
Julks reaches on an error on the 3B
Coldiron sac bunt moves Julks to 2nd
Grimsley singles, Julks to 3rd
Triolo squeeze, Julks out at the plate, Grimsley to 2nd
Double steal, surprised they weren’t called out at either base
Hollis walked, bases loaded
Wong Ks looking

Definitely some home-cooking going on tonight.