No discussions on the Hurricanes?

That proves that this is just the politics board lite! If Trump made some remarks about it, it would have 1000 posts on whether not to evacuate or not. lol.

It’s in the football board, for reasons.

I’ve been hunkered down and stocked up since March lol

I just had a stand by generator installed…I was told it is a hurricane repellent.

What’s it have to do with football? Because the football board has become the new Satellite, with off topic non political posts?

Wish you all well in dealing with it. I thought both hurricanes were on the small side, am i wrong?

One of the best sources of info is Space City Weather: https://spacecityweather.com/

We’re still in wait and see mode, as the hurricane could continue to slide westward. However, right now looks like this will have less impact to Houston than Hurricane Ike. Also important to know it’s got zero chance of giving us Hurricane Harvey levels of rainfall and flooding.

However, don’t take my word for it, keep your eyes on it and be ready for anything. We’ve got a generator (thanks Ike) and lots of noodles (thanks coronavirus).

Watching like a hawk…love the SCW guys. No hype. Really need it to go east…have property on Pelican Island. Couple of sleepless nights so far. I realize if I am spared, someone else gets hit, tough position to be in.

I think we’ll be OK in Houston area. But you’re right, somebody’s gonna get it.

Interesting to watch the traffic on Google Maps though. Lots of Golden Triangle folks heading this direction, and Galveston Islanders evacuating too. I also like to go directly to the National Hurricane Center, lots of good data there: https://www.nhc.noaa.gov/graphics_at3.shtml?start#contents Storm surge is a concern along the coast (3-5 ft predicted for Galveston Island and Galveston Bay): And one more to (hopefully) keep you calm. Potential storm surge flooding depths – this shows that a bit of the north side of Pelican Island will get up to 3’ of flooding, but south half of the Island remains dry. There’s a big hurricane headed toward Texas, and it’s a nightmare forecast arstechnica.com/science/2020/0… by @SciGuySpace

Hah, just read that https://spacecityweather.com/, posted by TOTC is this guys website

I don’t know guys. It looks like its edging west by the hour. Here’s one of the latest ensembles.

The 12z European model's operational run has come in slightly further to the East, but more intense. On track, it is now in pretty good agreement with the GFS and HWRF models. Some models still a bit further west. New @NHC_Atlantic track forecast at 4pm CT. https://t.co/BfnvjUG2rC 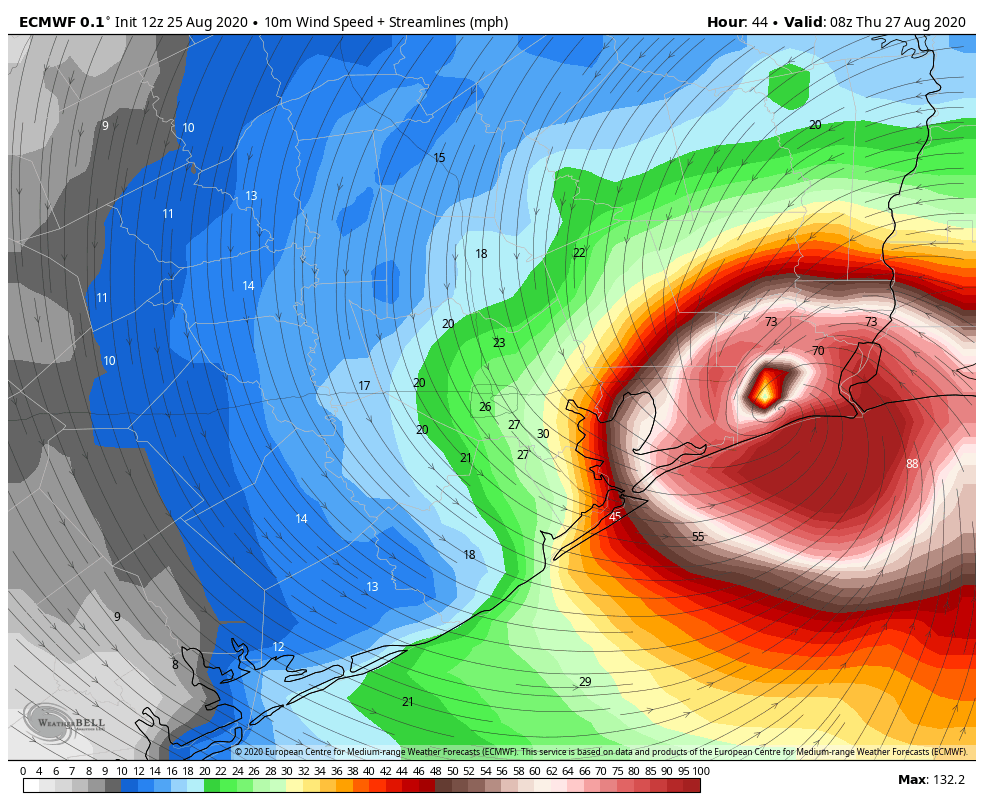 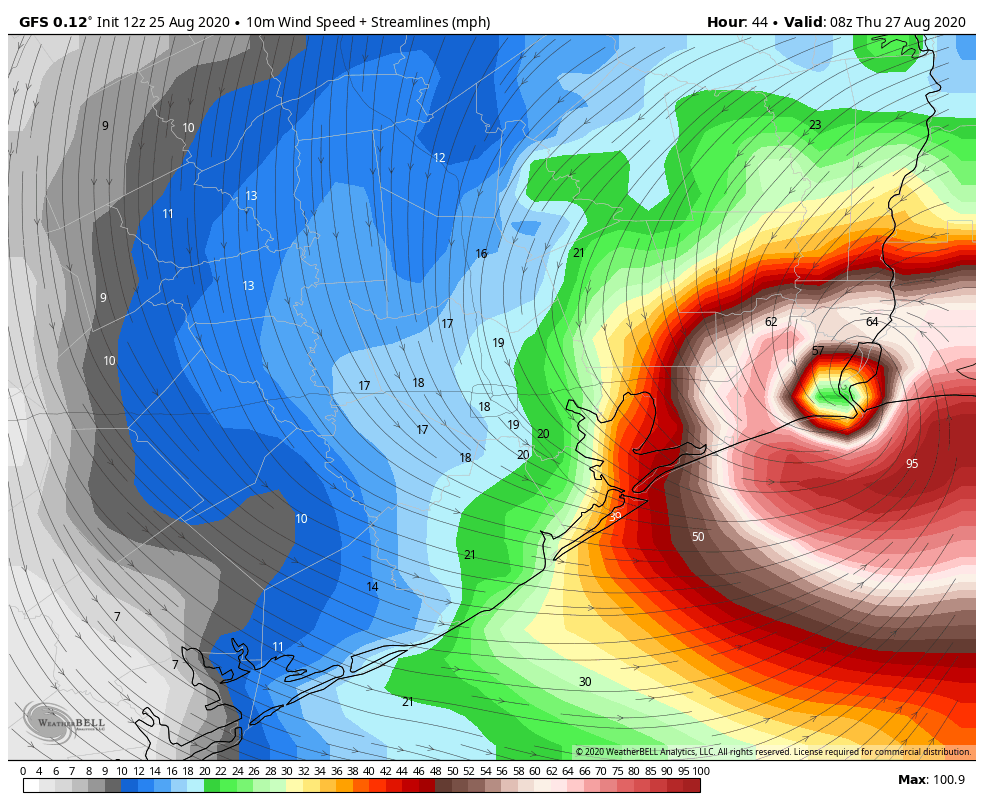 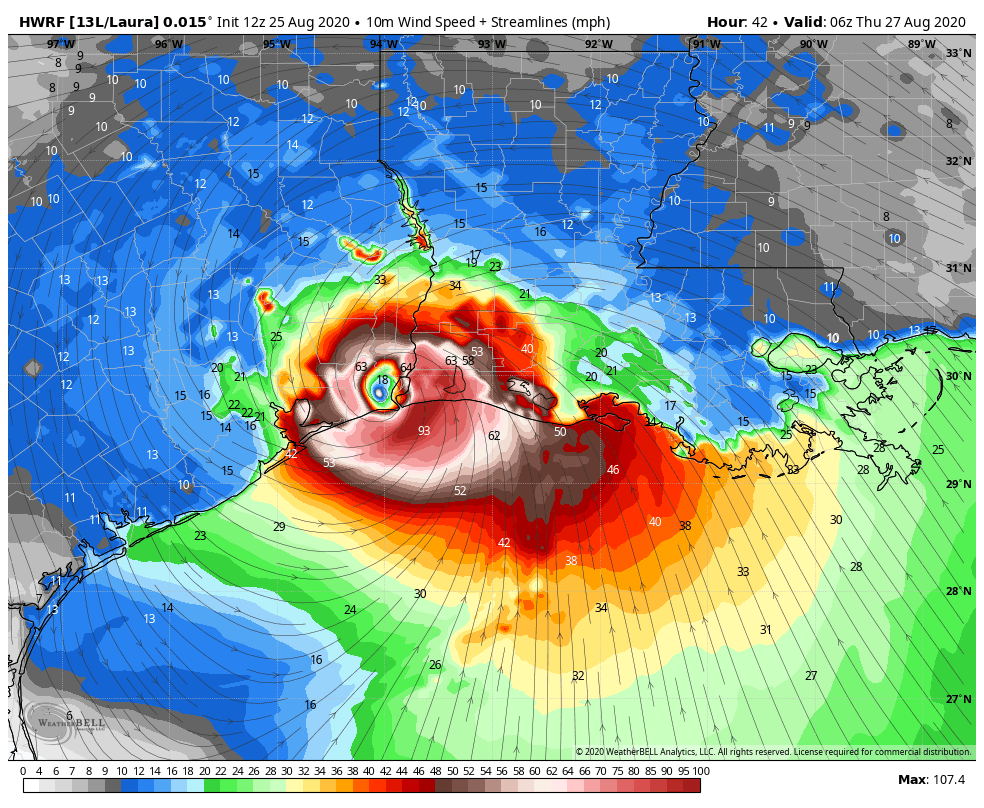 This a tough one to forecast. This just came in on the 1PM update. Gonna be a nail biter.

My elderly aunt and uncle evacuated from Beaumont late last night and arrived in Austin early this morning.

Glad they are safe.

My wife and I are preparing to leave and go get my Mom, if necessary, but at least at this time, Katy appears to be safe.

My wife shared school is cancelled in her district for the rest of the week.

But they they are already at home, I pointed out.

To give families time to prepare is the reason.

NHC 4pm forecast is out. Looks like the same track to me… Right up the Sabine River.

Houston still right on the edge of the forecast cone. based on what I am seeing it looks like the target for the storm center will be at Trinity Bay between Baytown and Beaumont. Houston will get the left hook of the storm.

REMINDER: Voluntary Evacuations have been issued for Houston Zip Codes 77059, 77062, and the northern portion of 77058 (77058N) Houstonians in the voluntary evacuation area can call 3-1-1 for shelter info. Anyone outside of the zone should begin preparing to shelter in place. twitter.com/NWSHouston/sta…

🛰️ #Hurricane #Laura has rapidly intensified overnight with max sustained winds of 110 mph as of 4am. Infrared satellite imagery shows an eye beginning to become visible. Continue to monitor @NHC_Atlantic at https://t.co/gWlc0oGslO for the latest information. #HOUwx #TXwx #LAwx https://t.co/K2LMqRYoYn

Praying for the Golden Triangle area, Cameron, Lake Charles and let’s all hope that this hurricane does not go West or directly hit New Orleans.