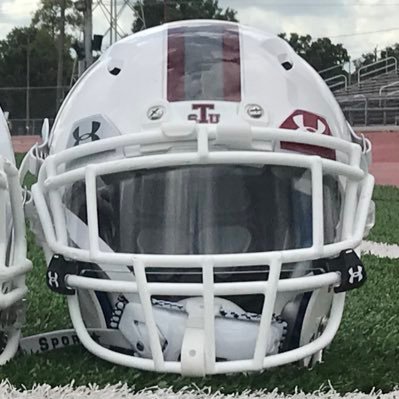 Former Coog…for a very short while:

.@TXSOTigers receiver Tren’Davian Dickson (@_WhoisJuiceee) named the SWAC Newcomer of the Week after having 7 catches for 159 yards and 2 touchdowns against Texas State. https://t.co/G1cwtL1utu

I’m not sure why he ever left. Was it an academic thing?

I would expect a Texas Tech v. Lamar type score: 77-0. Although I doubt we try to run it up too much since we’ve become pretty good friends with TSU over the past year. My wife will be out of town so I’m taking my 2 boys to watch this one.

He can if he chooses.

It would be a good game to get some of the young DBs and WRs involved. We need to develop depth at those positions in a hurry because next year in the secondary is a huge question mark and the year after at WR(Lark and Corbin return as Seniors). Hopefully it’s 45-0 at the half and we mass sub. The question is will we see Dormady or Smith at QB in the second half?

Tren’Davian Dickson’s road to Texas Southern took a few detours, along with a case of mistaken identity. Once one of the most sought-after wide receivers in the nation, Dickson transferred from Baylor and the University of Houston in the span of a...

Dickson, who signed with UH under the previous regime of Tom Herman, now the head coach at UT, declined Tuesday to discuss specifics of what led to his quick exit from UH.

Said Haywood: “He was only there for a short period of time. For some reason or another he wasn’t comfortable, so he left and went back home for a year.”