FC is going to be loud for that game. Cant wait hopefully by then penny wins the championship 3rd place. 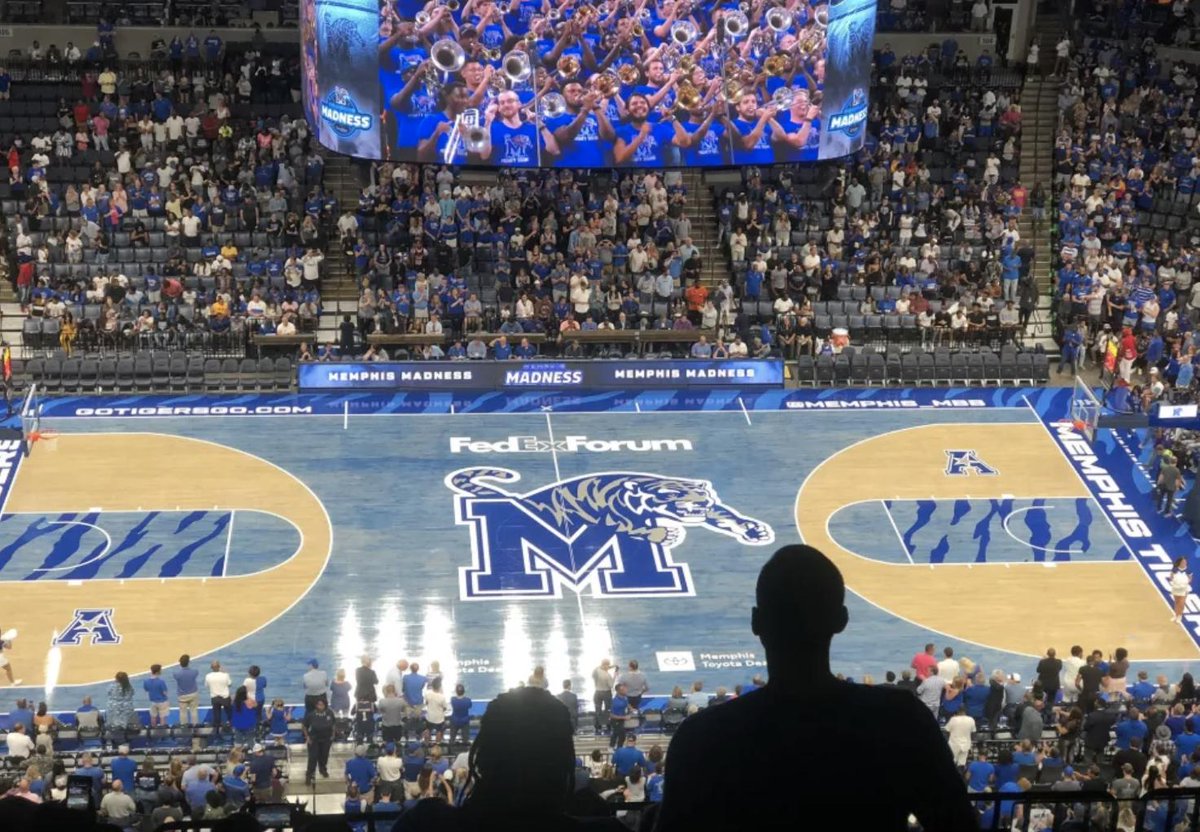 Hopefully we are getting trolled like Cincinnati painting their field black …

That made me lmfao. The color is alright. Despite 'nonsense,' Penny Hardaway says Memphis basketball is still 'the...

Penny Hardaway said despite all the nonsense in the air about his team, it won't change who they are and what they want to do.

“We’re taking on the personality of this city, you know,” Hardaway said on 92.9 FM ESPN’s Jason and John show Tuesday. “And, it’s just that we’re not afraid of anybody. And, I know it’s not coach speak to a lot of these guys around the country. I’ve actually seen it flip a million ways. It went from, ‘We want to win the national championship’ to ‘Penny promises that we’re going to win a national championship.’ … Like, y’all could put all the nonsense out in the air that you want, it’s not going to change who we are and what we really want to do.”

That goal, the Memphis coach said, is to become top dog despite all the “nonsense” and hype surrounding his team. That’s a message Hardaway delivered both Monday and Tuesday on the radio, insisting his team is still “the hunters” and not “the hunted” even after signing the No. 1 recruiting class in the country.

“I honestly still think we’re still the hunters because Cincinnati and Houston are still strong teams,” Hardaway said Monday. “Those teams are ahead of us now because they have the veteran players. They’ve proven it. Especially Cincinnati, they’ve been dominant in this conference. So, for us to be the hunted, we have to dethrone somebody.”

Penny is good for the AAC lol. Although you can’t proclaim you are winning the championship but not the hunted at the same time.

I get it just funny how he threw that in there to level set some. I’m all for these quotes especially in the preseason. Will definitely make the games even more intense.

Agreed. Personalities like his and Ron Hunter’s will draw more attention and eyeballs to our conference.

In what areas does this team have to improve in order to reach its goals of winning the championship?

Hardaway has made it clear defense is a major point of emphasis this season. The offensive end of the floor will take care of itself. And it’s not that Memphis was a bad defensive team last season (54th in the country in adjusted defensive efficiency). But there is certainly room to improve, and a great defense can sometimes be the difference between an NCAA Tournament team and a championship team. 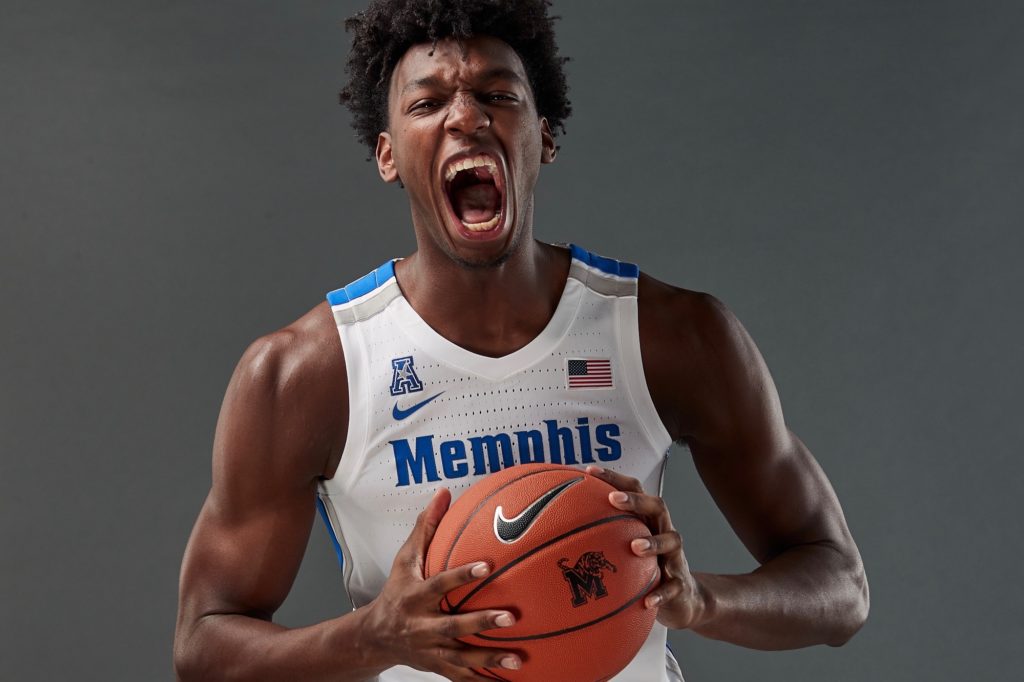 James Wiseman, the savior of Memphis basketball, is seeing...

Like his coach before him, the No. 1 recruit in the country is being counted on to make the Tigers elite again.

To Wiseman, it was like living out some sort of 2K fantasy. The big man is something of a nerd. He took Mandarin in high school, largely because he wanted to be different from everyone else and not take French or Spanish, and he proudly introduces himself in the language when prodded for evidence of his linguistic skills. Artis says her son would stay up until 2 or 3 in the morning to make sure he got ahead on his schoolwork, and on the Tigers’ summer tour to the Bahamas, Wiseman stopped to read the historical markers rather than blow by them in search of a better selfie locale.

He approaches basketball with the same bookish curiosity. Always big for his age, he suffered the awkwardness of his size, all elbows and knees where his friends and teammates were grace and fluidity. “They’d tease him, ‘He’s no good. He’s just tall,’ ’’ Artis says. “He had to wait for his mind to catch up with his body.’’ He hunted for old YouTube videos, studying big men in the hopes of picking up tips. Karl Malone, David Robinson and Larry Johnson all offered insight via the streaming service, but Wiseman found himself keying in on Shaquille O’Neal and his sidekick, Penny Hardaway. He saw not just how a big man could own a game, but how the right relationship with a point guard could make the big man even more valuable. “Shaq and Penny, that was historical,’’ Wiseman says as Hardaway, sitting beside him, chuckles at being labeled an artifact. “They had the chemistry a point guard and center always want. That was the dream.’’ Wiseman grew into such a fan that an old picture of the Orlando Magic tandem served as his screensaver in middle school.

Even more historical, Dream and Clyde who destroyed them in the finals. Lol

I see Hardaway learned from last season. Defense was the only weakness I saw when they played us here last season. It seemed to improve later in the season. This season is going to be a good one.

Maybe…we’ll have to see. It’s hard getting a bunch of freshmen to play good defense at the collegiate level. He’ll, CKS basically tears his out for most of the season when his freshmen make mistakes on defense.

And based on what I’ve seen from Penny’s preparation habits, his team is going to have to figure out a lot of that on their own. 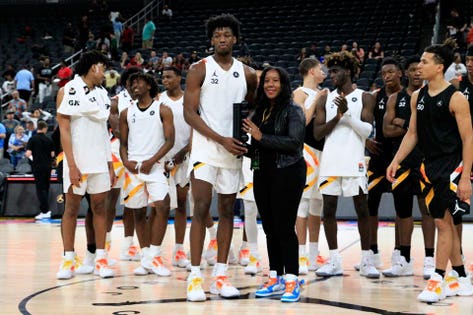 James Wiseman still hasn’t played a single minute of preseason basketball for the University of Memphis, but head coach Penny Hardaway remains hopeful that the projected No. 1 pick will play in the season opener.

After missing four exhibition games in August in the Bahamas with a shoulder injury, Wiseman has now sat out both exhibitions. The 7-foot-1 big man from Memphis (TN) East High School was the No. 1 recruit in the class and anchored Memphis’ No. 1-ranked recruiting class.

“Obviously, he’s the No. 1 player in the country coming into this season and he’s very dominant,” Hardaway said. “James is James. We haven’t played a game yet, so we really don’t know where he is shape-wise, how he’s going to affect the game but he gets that respect because they’ve seen what he does before he got injured in practice every day, protecting the rim, running the floor and finishing fast breaks. Of course, he makes their jobs a lot easier by being on the floor. He makes my job a lot easier by being on the floor.