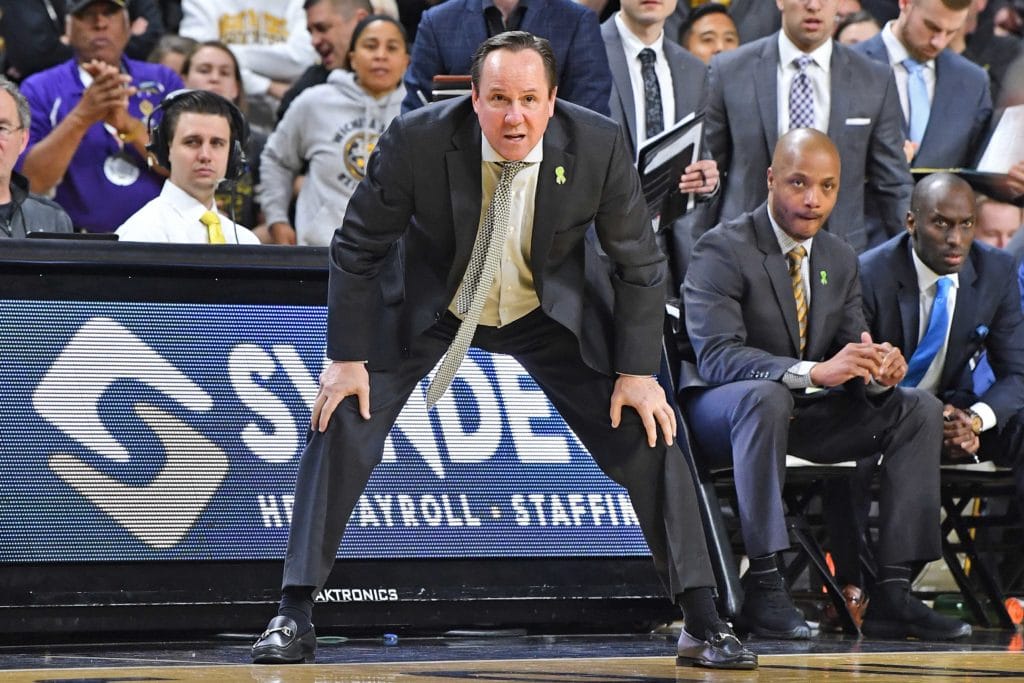 After one of the most challenging and rewarding seasons of his career, the timing of an attractive offer to go elsewhere could not have come at a better time for Wichita State. Marshall has rebuilt his roster and is optimistic after the Shockers won 14 of their final 18 games. He will lose just one senior after next season.

He told no one outside of Kresse and his immediate family of the offer, and instead of using it as an opportunity to get more money or years on his contract, he decided he was content and told Arkansas no.

“It would take something like that for us to leave, and I don’t know that we will ever leave,” Marshall, 56, told The Athletic . “But at the same time, we haven’t buried our head in the sand. We don’t say we’re absolutely never going anywhere.”

But as the years pass, it looks more and more like Marshall will stay where he’s happy and loved.

Football coaches haven’t figured it out yet, but basketball coaches are. Better money doesn’t mean a better situation.

Big loss for the Shockers. Allen was a transfer from WVU and was considered to be a strong offensive player…nickname was Teddy Buckets.

Wichita State has dismissed Teddy Allen from its men's basketball program, per a school spokesman. Allen was arrested earlier this week for "domestic disturbance". Major news in the American Conference.
1 Like
CMCoog17 (Cristian) June 28, 2019, 7:56pm #4

Next up for your summer @American_MBB update is @GoShockersMBB! A team, quietly, that is loaded & poised for a big 3 year run. Follow along for some updates & stories on a severely underrated Shocker team. @JonRothstein @tayloreldridge

What I want the college hoops world to get ready for is... the @GoShockersMBB backcourt is REALLY good. There is a legitimate chance that the Shockers backcourt could challenge for the best in all of @American_MBB in the coming years.

Dexter Dennis is expected to make a big jump in his game this season. He came into summer workouts as the face of the team. So far, there is little question that Dennis is fully embracing the role of team leader during the summer.

Freshman Tyson Etienne could be the next @FredVanVleet for @GoShockersMBB. The phrase used by staff to describe Etienne is “absurd work ethic”. He’s a NY kid who’s tougher than everyone else. Guards you 94ft in pickup! You HATE being matched up with him.

Sounds like a perfect Gregg Marshall player to me. And on top of all that… he can shoot it! Don’t be surprised if he ends up in the starting lineup.

Freshman Grant Sherfield is another young pup expected to compete for major minutes. The former UCLA commit has really surprised the staff this summer with athleticism. Way more athletic than advertised.

Jamarius Burton will be back & his ability to guard 1-3 positions is invaluable. His mindset has changed. For the better. Couldn't get his shot going last season (26% 3FG). All summer he’s been working on his shot. I'm told that his workouts have been “phenomenal”.

The most beloved player on the @GoShockersMBB, Asbjorn Midtgaard, will most likely start at the 5 position. The work ethic is there, the toughness is almost there. He’s close to where the Shockers staff would like him to be at.

I am hearing that JUCO transfer Trey Wade could make his way into starting lineup. The phrase “junkyard dog” is being used quite often to describe his game. High energy/motor who’s extremely tough. Hearing a lot of comparison’s to a former @GoShockersMBB great Rashard Kelly.

Remember, this is a player who had offers from WVU & UF. He wanted to be a Shocker!

Last season the @GoShockersMBB freshmen did not know how hard they had to work. Coach Marshall now has a group of young players that know EXACTLY what’s expected of them & how hard they have to go if they want more playing time.

Moral of the story… you can’t slack off, there so just so much competition in practice. One bad effort day could really hurt your chances of getting into the game. The Shockers are deep!

I am told that the @GoShockersMBB summer workouts have been great… apparently really great. Players are hungry & fighting for that starting lineup spot. Expectations are getting back to NCAA tourney. I for one, would have to agree with those expectations. @American_MBB
2 Likes
pray10 (Patrick) July 19, 2019, 12:43pm #5 Man they always get good OOC games. Despite last year this add was a slam dunk for the AAC. Great fans great arena great program. Schedule did us no favors 2 years ago when we were their AAC opener. It was like Oregon last year opening FC yeah right we’re not losing this game.

I agree with you they bring value and competition. Their first year they looked strong. Hoping they make tournament this year 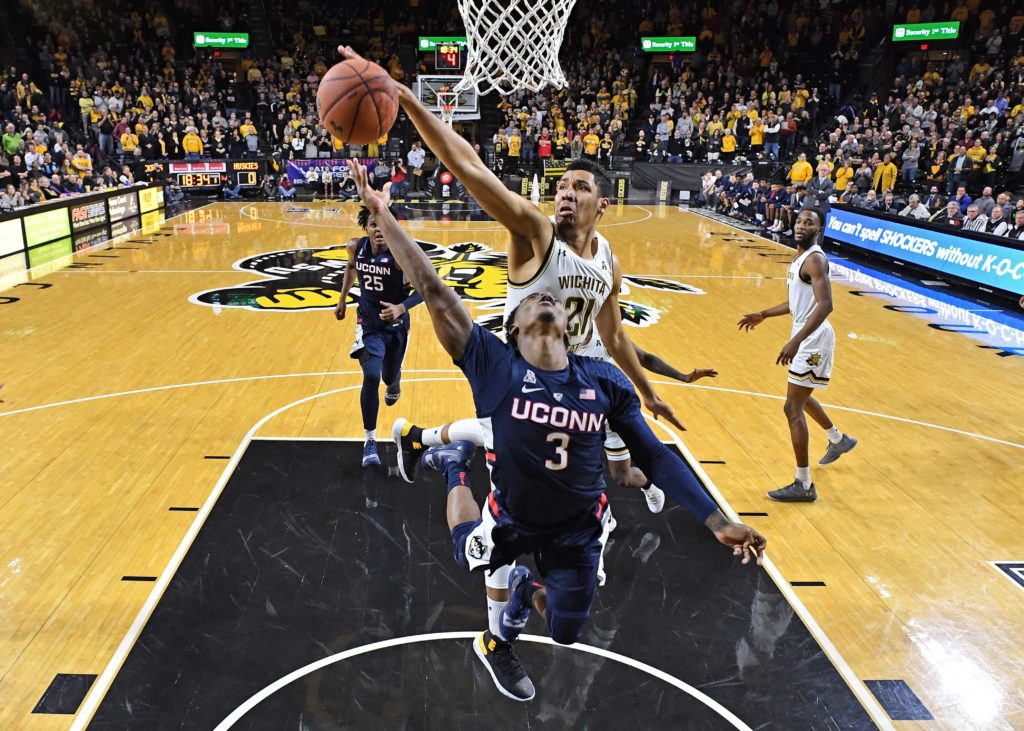 A very young Shockers team was very good in February and March and is looking to build on that to make the NCAA Tournament in 2020.

Marshall signed five freshmen and a junior college forward. He has only one senior and two juniors on scholarship, meaning the Shockers once again will be one of the youngest teams in college basketball. But the vibe around the program is much different. Last year he told those close to him he’d be satisfied if his team finished above .500. Now the expectation is to get back to the NCAA Tournament.

“Last year all of us new guys, it wasn’t easy for us. These new guys are learning really quickly.”

Man, I’d love for @JosephDuarte or @HRReview to do something like this with Alan Bishop (if the staff allows that kind of access).

At the start of the summer, Wichita State strength and conditioning coach Kerry Rosenboom sat down with each men’s basketball player and designed a summer workout plan.

Now that summer workouts have concluded and the players have the next few weeks off before classes at WSU start on August 19, Rosenboom gave The Eagle an update on each scholarship player heading into the 2019-20 season.

Another player who went the JUCO route after a coaching change, the former UTEP forward became a sought-after prospect after putting up 13 ppg and 6.8 rpg for the juggernaut South Plains team. At 6’7, Ware showed the ability to play both the small and power forward positions for the Shockers. And with West Virginia transfer Teddy Allen not with the program anymore, there’s an even bigger need for the JUCO newcomer to have a big impact.

Ware also will be one of the most experienced players on the roster as well, one of just three underclassmen. So not only will he have to provide on the court the production, he’ll have to be one of the leaders for the team as well. There’s a lot of unknowns for Wichita State next year but Ware’s play could answer a lot of questions about their collective ceiling." 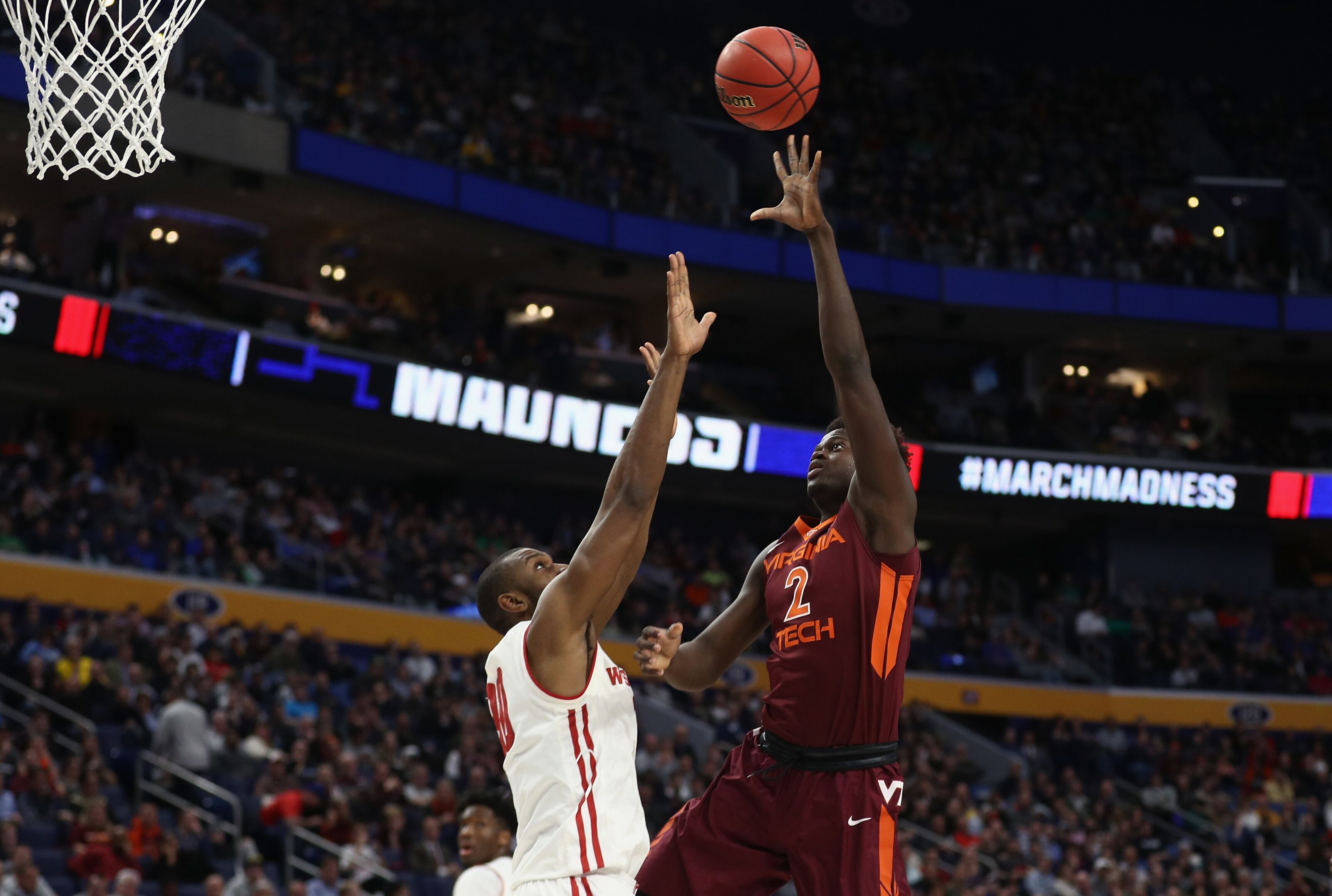 There are many NCAA Basketball teams who benefitted from incoming Junior College transfers for this upcoming season. Who are the most notable JUCO guys? Re...

After seven straight years of 25+ wins and making the NCAA Tournament, Wichita State took a step back in their second year in the AAC. Moving up from the Missouri Valley Conference was expected to be somewhat tough for the program after their former stars graduated.

The hope now is that the underclassmen core from both this year and last year’s recruiting classes are good enough to get the Shockers back into contention. For this group of newcomers specifically, it’s filled with five three-star recruits, along with wing Trey Wade, one of the top JUCO commits in the class.

Tyson Etienne and Grant Sherfield are a pair of talented combo guards that some recruiting outlets have classified as four-star prospects. Noah Fernandes is more of a pure point guard that’ll provide good perimeter depth. And to add more frontcourt talent to replace the graduated Markis McDuffie are forwards DeAntoni Gordon and Josaphat Bilau to round out the group. None of these are projected early NBA Draft prospects but there’s some real talent in this group that can be developed into All-Conference pieces in a few years.

Now in the AAC and could be dealing with a future juggernaut in Memphis, Wichita State will certainly have a tougher time at consistently making the Big Dance. Head coach Gregg Marshall has always been known as an excellent developer of talent and he’ll need to continue that with a completely new roster filled with Shockers." 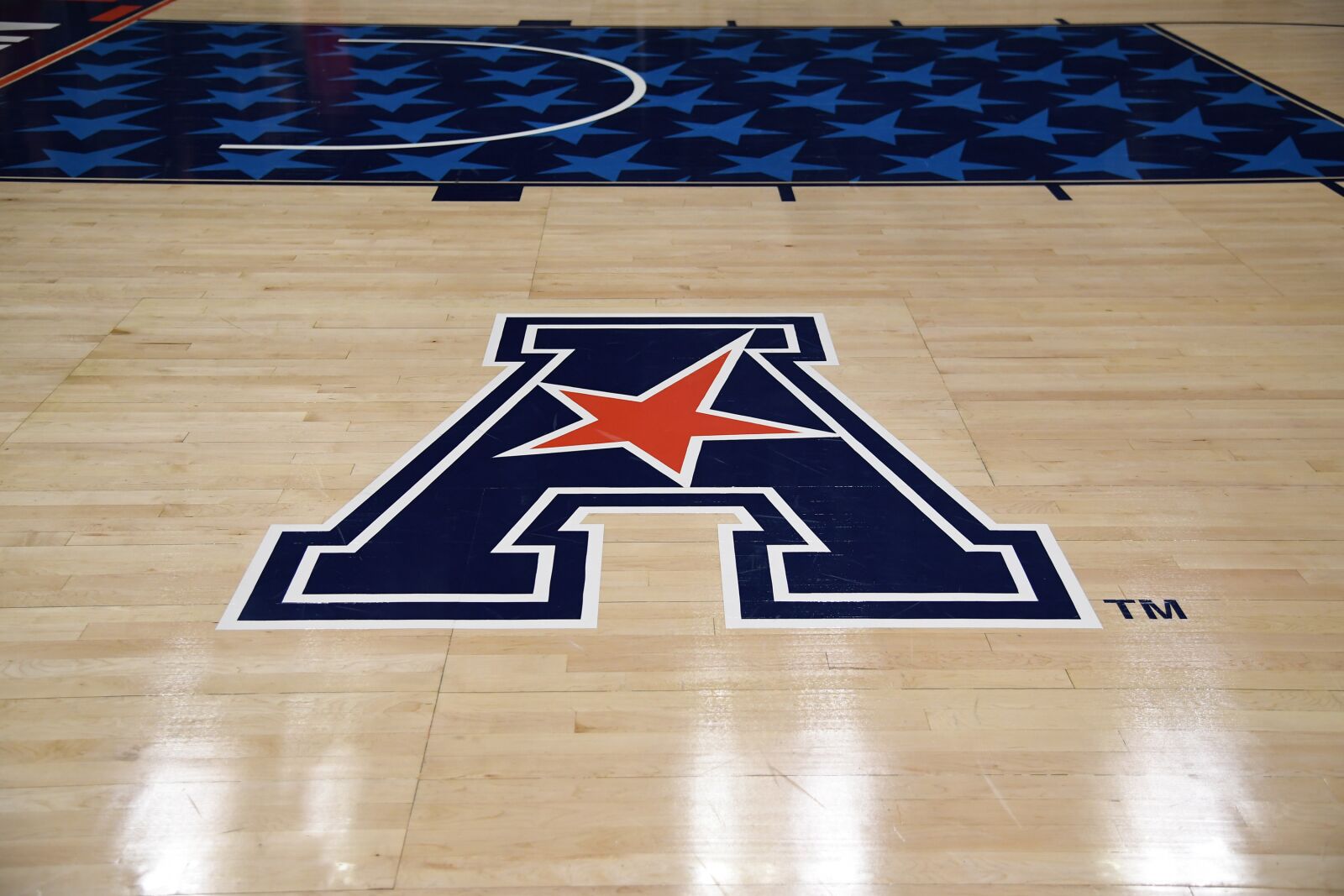 A whole lot happened with AAC Basketball on the recruiting trail in the past year. What were the biggest overall takeaways? Around this time a year ago, th... 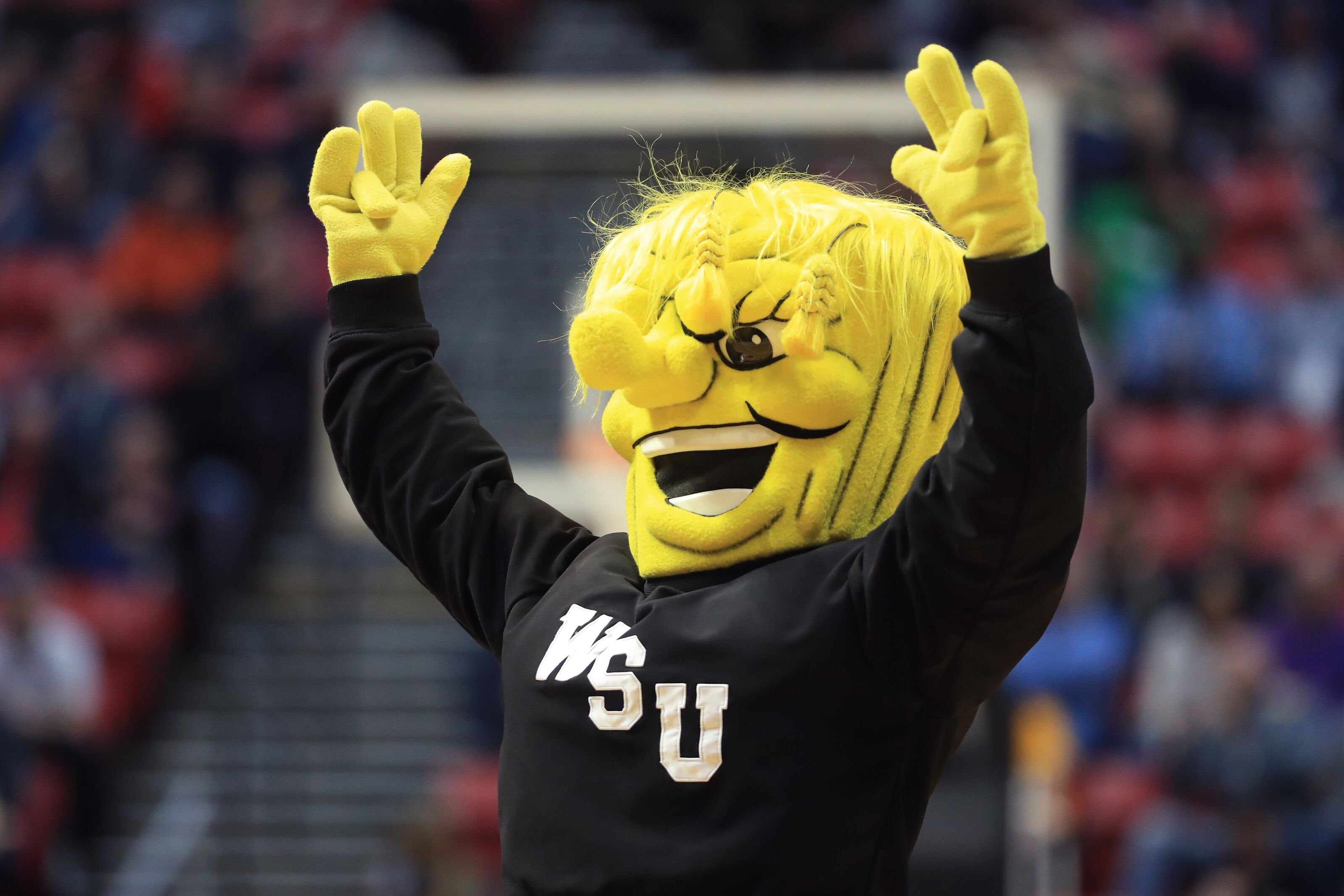 After missing out on the Big Dance last season, Wichita State Basketball is flying under the radar. Can they get back to top-tier status in the AAC this ti...

everybody got better but outside of Grimes our additions were ignored.

WSU got progressively much better by the end of last season. A sign of good coaching. They’ll be a handful this year