OT: "The Fix is In" by Brian Tuohy

DISCLAIMER: I’M ABSOLUTELY NOT MAKING ANY CLAIMS ABOUT COOG ATHLETES, AAC REFS, OR ANYONE ELSE; I’M POSTING ABOUT AN INTERESTING, EYE-OPENING BOOK

A while back, someone on this board mentioned “The Fix is In” by Brian Tuohy as a good book on how pro sports aren’t always what they seem. I found a used copy for a few bucks and it’s a good read.

The subtitle of the book is Tuohy’s thesis about pro sports: “The Showbiz Manipulations of the NFL, MLB, NBA, NHL and NASCAR”. He gives pages & pages of examples of unexpected or unusual outcomes in pro sports that seem to help the leagues keep fans excited, enthusiastic, and coming back for more. Tuohy writes that Joe Namath recalls “I was upset because something had been written… about me… and (Jets owner) Mrs. Werblin just chuckled and said ‘Joseph, it’s show business’… and that’s stayed with me ever since.”

For example, in NASCAR, Tuohy cites the surprising number of times that the Lowe’s sponsored car wins at Lowe’s Motor Speedway. Another NASCAR example is how in 2004, Pepsi had a promo for their new Pepsi Edge cola – if the Pepsi car won the Pepsi 400, everyone in the US got a free 2-liter bottle of Pepsi Edge. Well wouldn’t you know, Jeff Gordon’s Pepsi car won.

He also shows how gambling, point shaving, & game fixing have been a problem in pro sports from the 1800s through the publication of the book in 2010. Tuohy’s list of athletes’ & officials’ gambling, rumored point shaving, and outright fixes starts on p.78 and goes through p.131 where he discusses 13-year NBA ref Tim Donaghy being busted by the FBI for giving gamblers tips on NBA games that led to an 80% winning bet rate. That’s an incentive!

I will look into this. If you have time for a great podcast check out American scandal and the Boston college point shaving scandal. It is ultimately what was the real reason that the movie goodfellas mobsters went to jail for and I had never heard about it until I ran across the podcast. I also love just about anything the wondery group does.

It is on Apple, Spotify and here for free on stitcher. I listen to it on Spotify.

I have known about cheating in sports for decades! Crazy calls that NFL refs have made that always left me pissed off and scratching my head, like why they kept on calling “holding” against one team but continued to let the other team hold as much as it would like? Or why the strike zone for the Yankees batters were always smaller than the teams that they were facing, especially in the playoffs and the World Series?

Back in the 80’s when professional wrestling was extremely popular and everyone thought it was real. My uncle was the first person that I know of to call it out as fake and many people gave him hell for it! They called him a negative person and a party pooper. He used to say the matches are fake and the wins and loses were all pre-determined and that once the matches were over those guys were going to go to the same bars to drink and hang out with one another.

He said he knew because the matches didn’t seem real and the refs were always acting like they were oblivious to the crazy things that happened inside the ring, like when one guy hit another guy from behind while he was being occupied with his opponent and the ref always seemed to turn his back just as the violation was taking place and everybody knew what was happening except the ref.

Then when it was revealed that wrestling was indeed fixed I admire him for having the eyes to see bullshit for what it was and having the guts to express how he felt. I feel in many ways professional sports, and even college sports, are like that, but they do a better job of hiding their tracks. We all have seen how Kentucky and Michigan “beat” the Coogs the last few years and how hard it is to beat Duke with the refs acting more like game fixers for the Blue Devils than referees!

Here is an interesting story about how the Yankees are fighting in courts to keep their own cheating and sign-stealing scandal secret: 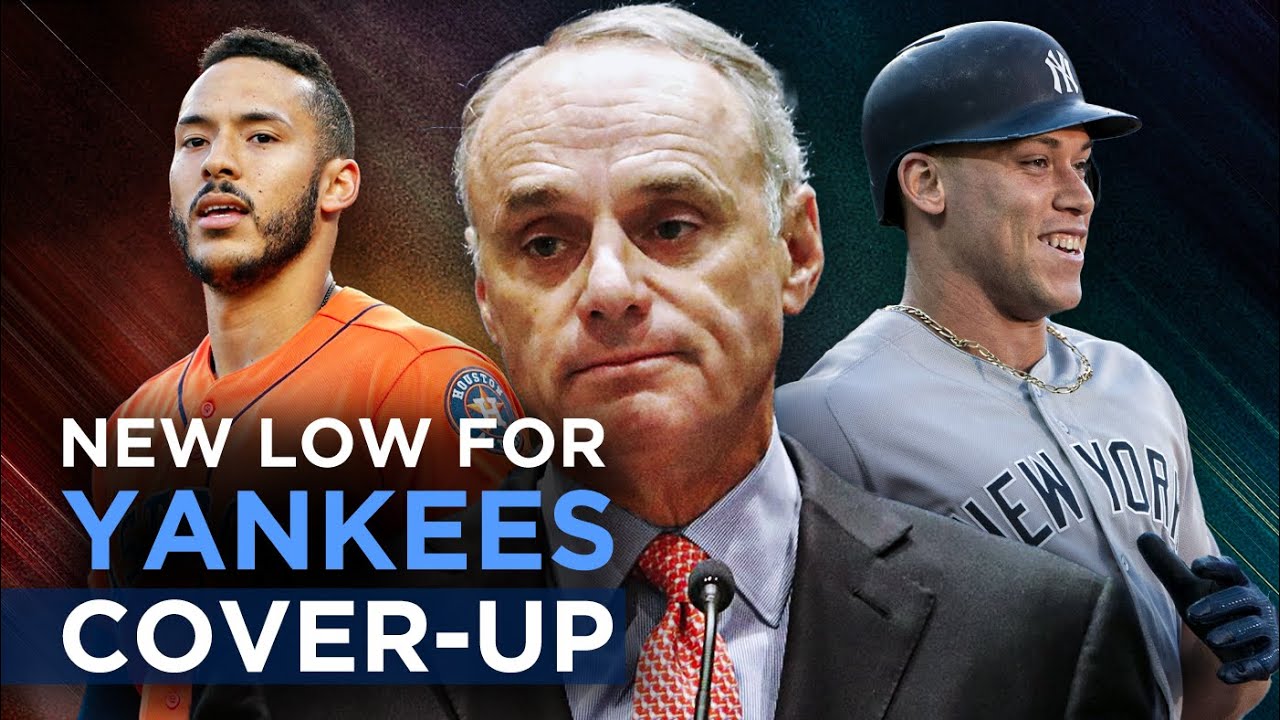 Here is an article about that same scandal that shines more light:

A confidential document detailing Major League Baseball’s investigation into alleged sign stealing by the New York Yankees in 2015 and 2016 should remain under wraps, the team president argued in court Monday.

Not that I necessarily believe the argument that’s being presented, but Motorsports would likely be among the easiest categories of sport to fix. NASCAR, F1 et. al have an absurdly high barrier to entry, and there’s no real development system like there is for other sports. It’s a closed system with like 50 people involved. Compare that to the NFL, where you have roughly 4500 players on active rosters every week, with all of their livelihoods dependent on the sport and the idea of all of them keeping their mouths shut seems a little harder to believe.

I don’t know how old you were at the time, but it’s been an open secret that wrestling was fixed since, like, the 30s. McMahon didn’t openly break kayfabe until he was under oath, but it was well-known enough that Groucho Marx was making jokes about it in the late 50s.

That’s part of the reason I’m so skeptical of fixing allegations in other sports. Wrestling just needed a couple dozen people to keep a lid on it, and they got busted. Pete Rose was literally one person and got caught betting on games that weren’t even his. But I’m supposed to believe that every professional athlete in the history of the NFL, NBA, and MLB managed to keep a secret that would blow the doors off every sports newsroom, two decades into the Social Media era?

I was a little kid in the 80’s but I remember many die-hard wrestling fans would get very angry at you if you called out their sport as being fixed or fake! Some of them would even want to beat you up if you said it to their faces that wrestling is fake! Anyway, there were probably private discussions among fans here and there about whether wrestling was fixed, but the indisputable truth of it didn’t come out until the 90’s, if I remember correctly.

For decades, yeah, the wrestling industry did everything it could to promote the illusion that raaaaaaaslin’ wasn’t fake.

Stossel got beaten up by a pro wrestler in the course of making the piece. 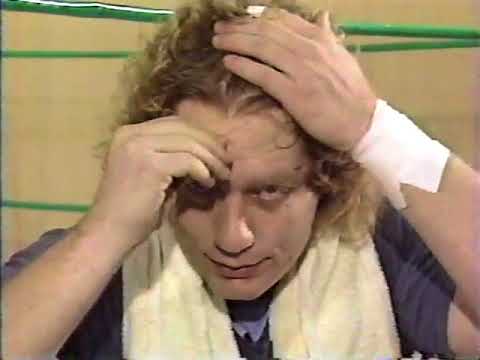 Still, wrestling promoters and professional wrestlers continued to deny the report until, in an effort to avoid being regulated and taxed as a “sport,” WWF (now WWE) president Vince McMahon Jr. testified before a state athletic commission that raaaaaaaaslin’ wasn’t a sport, nor any other sort of competition.

At that point…everyone could legitimately say…WELL DUH!!!

When I was a kid and we moved to Houston for my junior high years, my dad’s 1st cousin had the advertising contract for the colosseum where they had wrestling matches. He told me he could get me in to their practices/rehearsals anytime I wanted.

BTW, Haystack Calhoun was the biggest human I’ve ever seen.

Wrestling is NOT FAKE. It’s been one of the best choreographed sports in the world! Where else can one find 250-300 pound ballerinas?