The Bulls 2020 class currently is ranked 38th nationally by Rivals.


" At this point, Rivals ranks the class first in the American Athletic Conference and tied for 38th nationally. No other Group of Five program is ranked higher." USF is looking to bounce back after suffering through a collapse late in the 2018 season. The Bulls hired new offensive coordinator Kerwin Bell, who is installing a high-scoring offense that could be just what USF players need to put last season...

USF returns a wealth of experience on defense, but the group needs to go back to what made it successful in 2017, attacking and creating turnovers.

The Bulls can jump out to another hot start in American Athletic Conference play thanks to a favorable schedule, but they must brace for a difficult November.

This preview makes USF sound a lot like us last year. 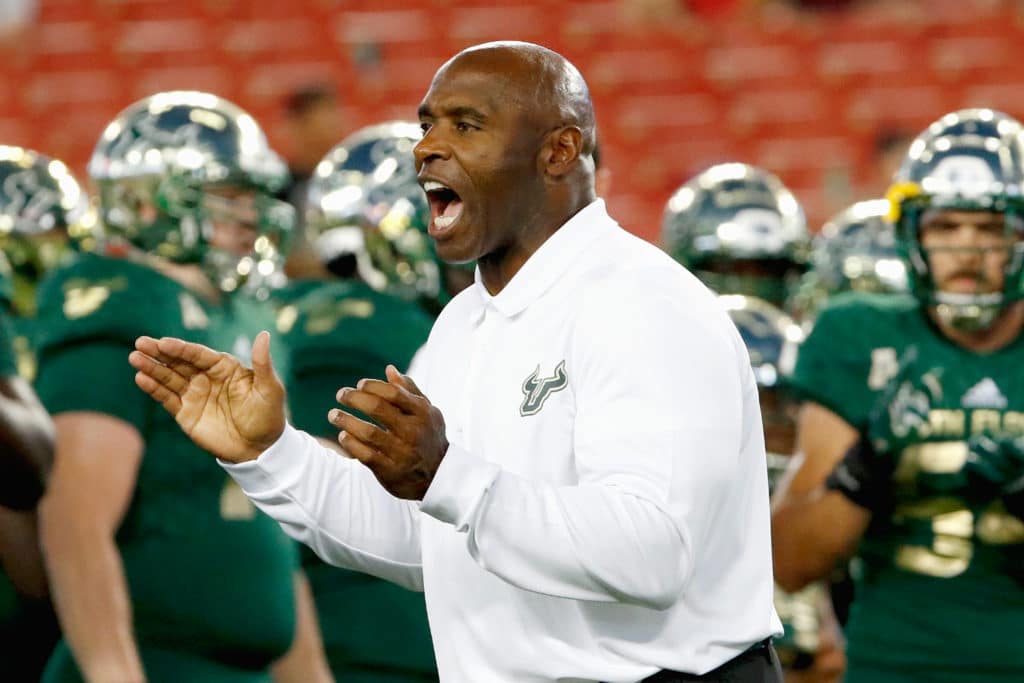 State of the Program: South Florida must learn from its...

Charlie Strong has done a lot of tidying up, with both players and coaches, after the Bulls turned a 7-0 start into a 7-6 season in 2018.

Bell’s offense works if his players can mess with a defense’s eye discipline. In theory, the run calls and play action will look the same, and wide receivers will become adept at double moves. That all creates explosive plays, something USF needs. Trick plays are also used.

On-campus USF football stadium is a vision, not yet a plan for new school...

Theres hope, and I can see value in it, Steve Currall says of an on-campus stadium. But it doesnt sound like leaving Raymond James Stadium is a top priority either.

I was surprised by this:

He said USF has a “pretty good arrangement” playing at Raymond James Stadium. The Bulls’ averaged an announced attendance of 38,517, which ranked second in the AAC (behind only UCF). That’s up 22 percent from 2017 and was the third largest jump of any school in the nation, according to the NCAA.

Went back and looked at it and they did have pretty good ticket sales. Biggest boon was their game against UCF that brought in 57,626, had 42,127 against UCONN (they were undefeated and ranked 21…week before they came here and got destroyed) and they never went below 31K.

Of course, their bowl game was in the same stadium and drew 14,135 against Marshall so it may be a case of folks in Tampa buying up season tickets, but not attending the games.

Tickets sold is $$$ regardless but it usually looks rather empty even considering the size of the stadium.

USF in general seems to be on the upswing.
I live in Clearwater/Dunedin are & this was news worthy.

"The university is already harder to get into than ever before, especially after USF Tampa reached “preeminent” status last year. (June 18)

The designation, which is held by only three Florida universities, is driven mostly by student-performance data. And it’s attached to state funding."

The new USF president is here — and he brought ideas

Steve Currall sat down with the Tampa Bay Times to describe his plans for this year and beyond. 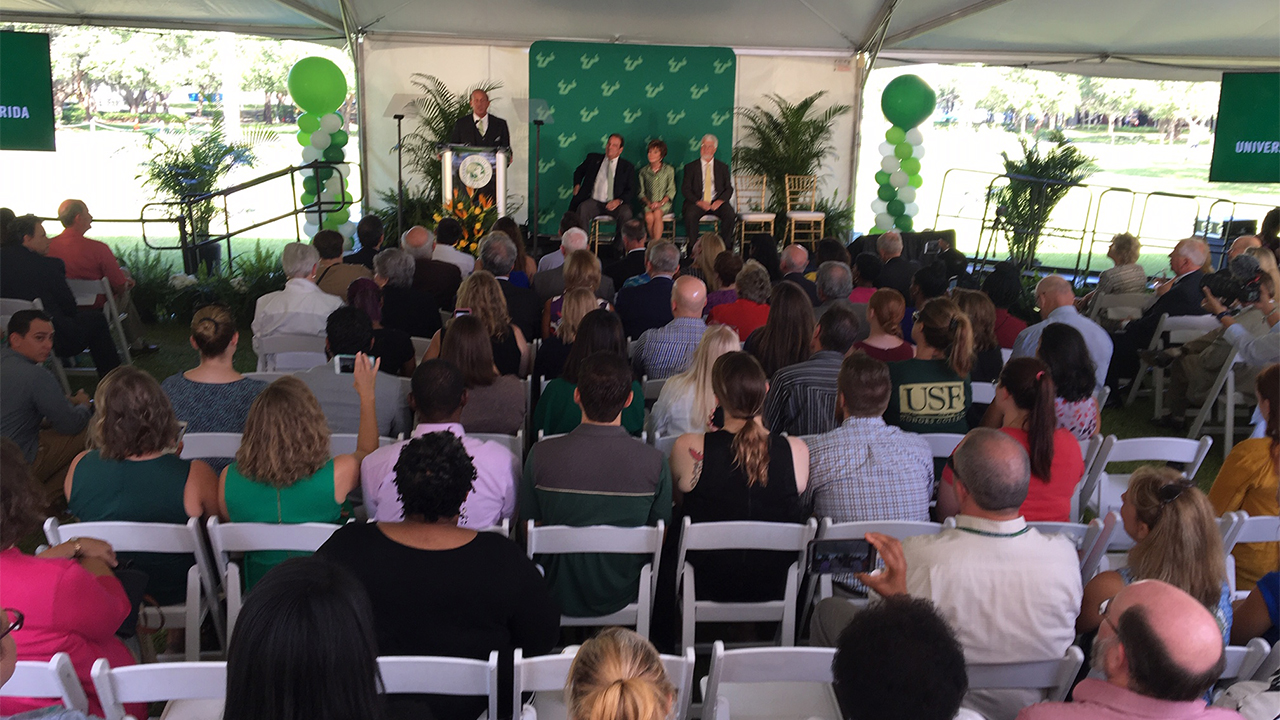 Outgoing USF president Dr. Judy Genshaft announced Wednesday that she will be donating $20 million to the University of South Florida Foundation to help build a new honors college.

These UGone fans are a bunch of piss pots & I’m glad to be rid of them but this is sort of funny.

AAC: the new TV deal is great! So much more revenue! Stop being so concerned about production costs. It’s very lucrative. POW6R! Also the AAC: https://t.co/dNS7gP2iPH 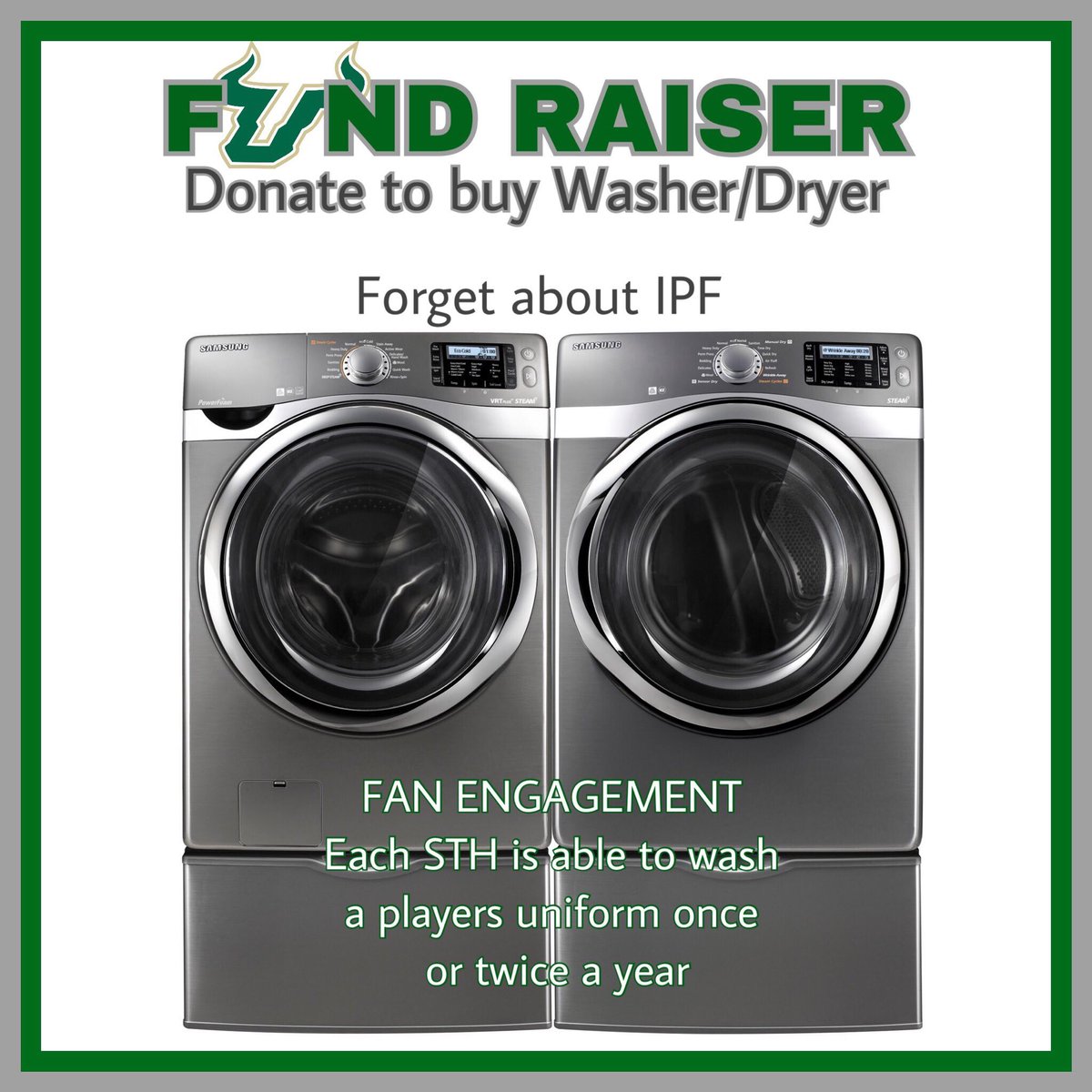 Mitchell Wilcox made the most of his targets last season. https://t.co/bVfIqiTsdP 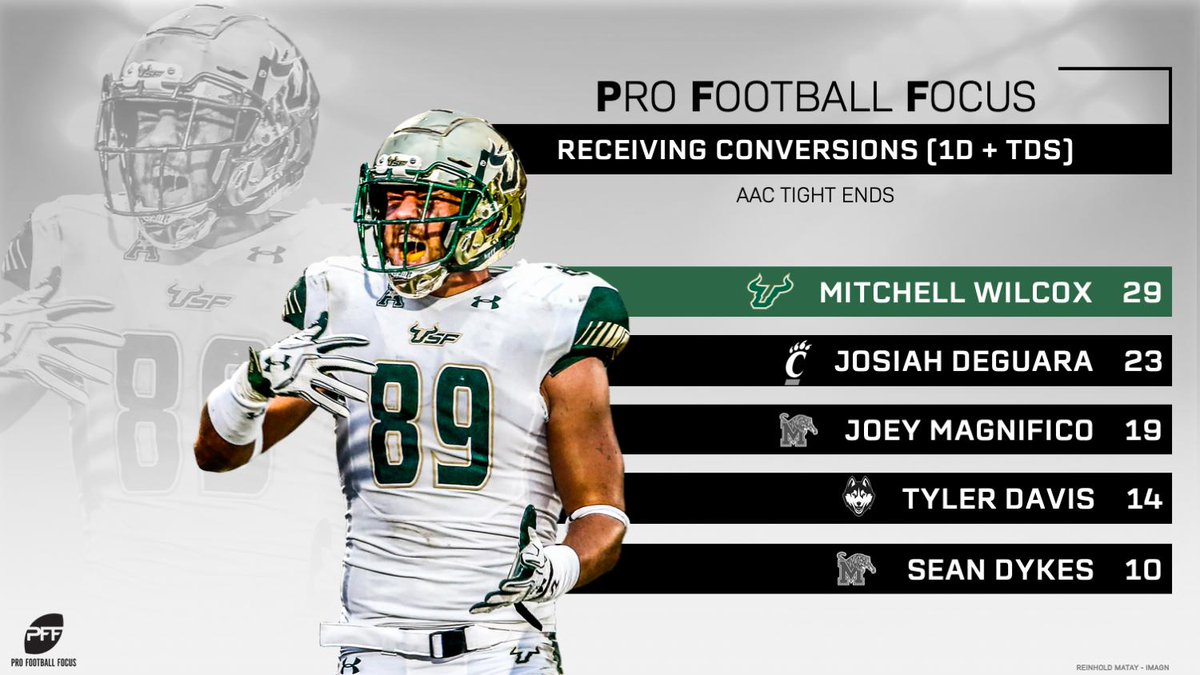 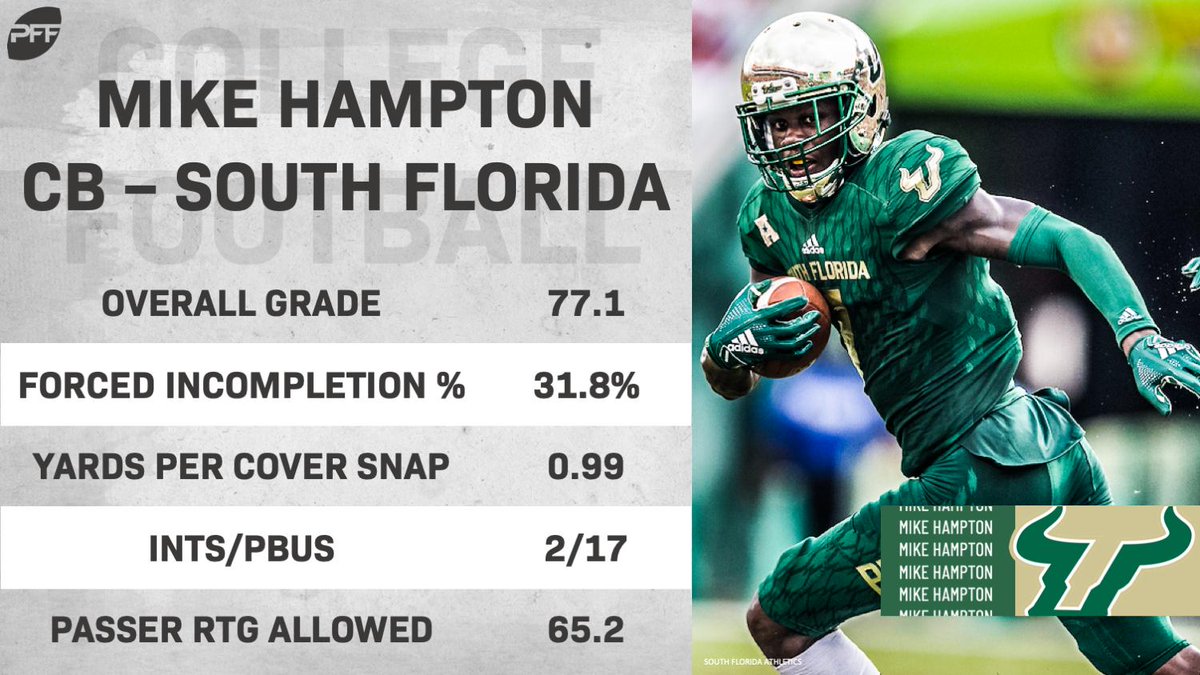 Could USF’s Mitch Wilcox be a first-round NFL pick?

The veteran under center enters preseason camp noticeably brawnier than he was in 2018.

Got some impressive TE’s in this conference. This guy, the Cincy guy, and Magnifico at Memphis are really good.

Four reasons to feel good about USF in 2019

The Bulls should possess more leadership, and stability at key positions, than they did last year

Four reasons to fret about USF in 2019

The Bulls have some defensive concerns, and a daunting season-opening foe

I live in Tampa area & driving rain multiple times a day is quite common. Its also notorious for lightning.
Not having an indoor facility has to be a huge issue.

Charlie Strong has to re-shuffle the Bulls schedule due to rain, and no rain-proof facility.

Portal could pay off for USF again in 2019

Meantime, sales for other ticket packages have grown enormously.

USF has quarterback derby after all

Four players are vying for the No. 3 spot on the Bulls depth chart.

USF’s Charlie Strong: We have to worry about us.’

The Bulls football team ditches the excuses while looking to rebound from 2018's collapse after starting 7-0.

Mitchell Wilcox is a serious receiving threat for USF. https://t.co/udF6gKrKaS 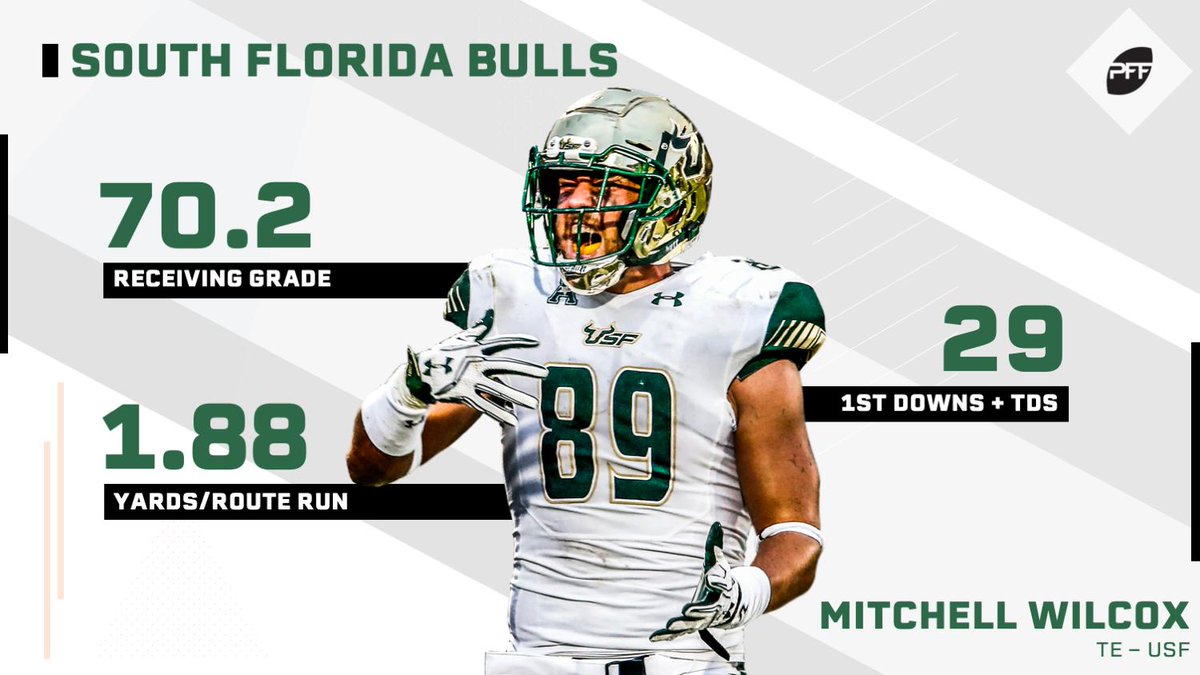 This guy is really, really good.

The offense produces at least six touchdowns, but the defense forces just as many turnovers

“His defensive transfers ― at least those who are eligible in 2019 ― are going to play. A lot.
Safety Devin Studstill (Notre Dame) and cornerback KJ Sails (North Carolina) each had an interception, while rush end Darius Slade (Arizona State)…Those three, and graduate-transfer linebacker Patrick Macon (Oklahoma State), appear to have established themselves as immediate-impact guys” 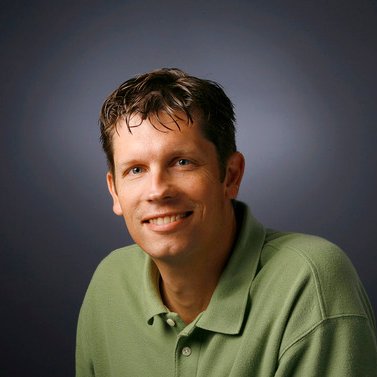 Now, Blake Barnett has the ingredients to lead USF

The Bulls well-traveled quarterback appears poised to direct a resurgence in Tampa.

Will humidity benefit Bulls against Wisconsin?

USF could be close to settling on No. 3 QB

USF to get pregame parties started a night early

The first “Horns Up Rally” is set for Aug. 29 at Sparkman Wharf.

But on the bright side, the Bulls have no interceptions or missed field goals