Coogs land a pass rush specialist as a transfer from Missouri. Nice compliment to d ‘Anthony Jones .
Tre Williams is 6’4”. 225

I don’t know why d’Anthony Jones was left out of the projective 2 deep depth chart. I like him.

Yes … he was sorely missed . I loved his energy and disruptive abilities. Hopefully this new commit will be the same and a nice compliment to Jones. Fun to see them both olaying in certain situations

I hope Sears the juco dt makes it to school. He committed but has not signed. He brings height to our dt position. Sometimes that height in the middle is good to knock down passes when the rusher doesn’t make it to the QB.

This guy is a Senior.

Would not think Dana would recruit him. Only one season left. Maybe 2 with COVID rules.

Must be the big news Brian Early was referring to a couple days ago. This is not like the bama kid. Williams was not kicked off the team and reportedly has no problem attending classes. Was only found guilty of misdemeanor disturbing the peace.

I guess I’m confused. Is the guy in jail?

No. He was arrested two years ago for second degree domestic assault and it was pled down to disturbing the peace. He’s been playing for Missouri since then. 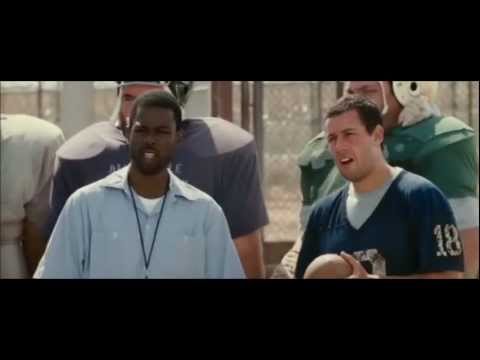 He’s desperate. The Heat done got turned up!

This is the type of transfer that can pay off as he was actually playing at a high level for a P5 school in the SEC. A lot of transfer do so as they don’t get much playing time and usually there is a reason for that.

He’s desperate. The Heat done got turned up!

We definitely need to have a good season. For Dana’s job security, recruiting, fan support, etc. Bringing in a couple players with only one season of eligibility makes sense if they are reasonably likely to make an impact.

We needed another end rush specialist to rotate with D’Anthony Jones ( he made a big difference when he was in ) and the flexibility to play them both on occasion. I think Early feels the young man will fit that need for a year until one of the younger guys is ready . Building depth and filling gaps is what it’s about in this instance

Used to be for allegedly hitting his gf in the car in a moment of rage allegedly.

it was pled down to disturbing the peace.

We needed another end rush specialist to rotate with D’Anthony Jones ( he made a big difference when he was in ) and the flexibility to play them both on occasion. I think Early feels the young man will fit that need for a year until one of the younger guys is ready . Building depth and filling gaps is what it’s about in this instance

Yeah, I think Williams and Jones and Anenih give us three quality pass rushers. Parish is solid at DE and hopefully Caesar will start coming on at the position. We should be strong inside with Chidozie, Sedrick Williams in the fold (he was the SWJCFC MVP in ‘19, a rare feat for a DT), Hall, Neal, Bell, Merritt, and maybe Sears. I’m not sure if Charles-Pierre is returning, but he would help as well.

I love Mutin and think Robinson may be ready to start and play well, but we’ll see. Carmouche should be solid in his last year, and Nunnery is a developing young guy. So I think we should be competent, but I would like to see us find an ILB from the portal capable of starting.

The secondary has some serious talent returning and incoming. At cornerback, both starters, Williams and Jones, return. The Tech transfer, Hogan, started. We signed a good juco CB and will also have lettermen like Rogers, Green, and Lewis. I think Clemmons is back as well and possibly Javian Smith. Anderson, Hypolite, Mwaniki, Stewart, Willis-Dalton, Vaughn, and Owens compromise a talented group on the back end.

I really think the defense is going to be very good, probably top two in the conference good. How well the team does likely depends in large part on what we can find in the Portal to shore up the offensive line and how well Tune plays. Of course the latter will largely be an effect of the former.

This is very positive news. Hopefully, we have the breakout year we are all waiting for.

I’m thinking Anderson will play LB, He bulked up from 19 to 30 and played LB the last few games

Damarion is coming back?? If so, we are back to being stacked at corner.