Let’s get one win from these guys…please.

SHSU took 2 of 3 from a very good McNeese State team (we’ll see them in 2 weeks). 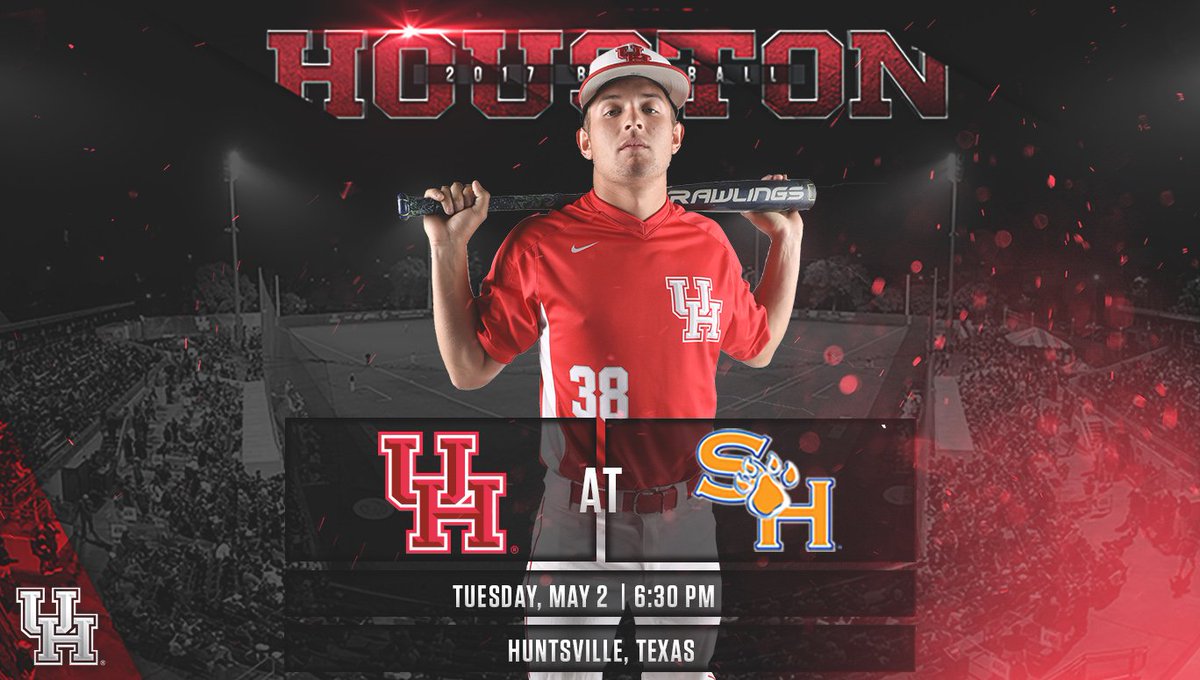 My expectations, now, of this team for midweek games is a loss. I don’t know how in the world I can be faulted for that Sam Houston State enters Tuesday’s game with a 29-15 overall record.
The Bearkats are coming off a Southland Conference series win over McNeese State at home.
As a team, SHSU is hitting .309 with 20 home runs and 74 doubles to accompany its .432 slugging percentage.
Leading the way offensively for the Bearkats is Bryce Johnson with a .350 average and a team-high 62 hits. Three SHSU offensive players own the team lead with 33 RBI.
The pitching staff owns a 3.81 ERA with 13 saves. SHSU pitching has fanned 341 hitters, while walking 132 in 392.0 innings.
Hayden Wesneski (3.64 ERA, 7-2) and Heath Donica (2.06, 7-1) share the team lead with seven wins in nine and 10 starts, respectively. Donica has fanned 72 hitters in 70.0 innings.

Houston and Sam Houston State have met 162 previous times, dating back to 1947.
The all-time series between the Cougars and the Bearkats is tied at 81-81.
The Bearkats have clinched the 2017 Inaugural Don Sanders Cup with two wins over Houston thus far, 5-4, at Constellation Field in Sugar Land on April 18 and 12-2 at Schroeder Park on April 25.
Houston and SHSU split its matchups in 2016 with the Cougars winning 4-3 at Schroeder Park and the Bearkats winning 4-0 at Don Sanders Stadium.
The overall series between Houston and SHSU is the second-longest series played in the Cougars’ program history behind 183 games vs. Rice.

Thank goodness we don’t have to play this team any more after tonight.

Knowing our luck, they will be in our Regional. Then again, we wouldn’t be playing them on a Tuesday, so it likely wouldn’t be a problem.

Just a reminder that the game is on ESPN3 tonight.

Villarreal out tonight, but should be good for the weekend. King is day-to-day and a decision on him will be made this weekend. Padgett and Grimsley still out.

Top 1st
Wong singles to left
Julks Ks swinging
Scheiner Flies out to center
Davis grounds to the shortstop who throws it away, Wong to 3rd
Triolo walks to load the bases
Visit to the mound
Lockhart singles to right, Wong scores, Davis thrown out at the plate…Coogs lead 1-0

Camera angle on Davis coming home was on the ump.

3 straight innings ending with a runner being thrown out

Top 5th
Hollis lines out to right
Wong walks
New pitcher for SHSU
Julks flies out to deep right
Scheiner grounds into a Fielder’s Choice, Wong out at 2nd