My take is Fertitta will look elsewhere for a new nba coach bc he doesn’t want to mess up the Coogs which he cares about and if he isn’t willing to add talent then I think he just gets a new coach to buy time.

I’m done with Harden. He’s 31, just trade him now while his value is still high.

I’m inclined to agree. Harden prospers in the regular season, but struggles in the playoffs. IMO, he doesn’t make those around him better which a true superstar is supposed to do.

I think I am leaning more on Sam Cassell, now.

There better not be any thought at all to bringing in Stan Van Gundy. Why in the world is he on this list???

He has (a great) history with the Rockets. Has history with San Jac. For me, he just feels like the right guy at the right time. It’s his time to get the keys to someone’s (Tilman’s) bus.

I Second your feeling, same reasons. San Jac, Houston Rockets, our Glory years…Bring him in. I think he is ready.

Not sure, list/odds compiled by Vegas folks. I know on Natl broadcast JVG is always ribbing M. Jackson on how he hates to leave the West Coast to go do any games during Reg Season. Maybe they put that into consideration !

Hard for me to get on board with a guy who has been out of coaching for years though.

He’s stayed close to the game. The bigger concern with him is just a lot of supposedly negative feelings from the Warriors about aspects of his tenure and it also doesn’t look good that immediately after replacing him they went from middle of the pack West playoff team to dynasty.

He wouldn’t make sense for this gig but it would’ve made sense for someone like the Knicks to have given him a shot instead of hiring Thibs.

Cassell was one of my favorite players when I was growing up, so the sentimental side of me wants to see him get this job. I’m leery about Ty Lue since all of his success with the Cavs came when he had LBJ in his prime. 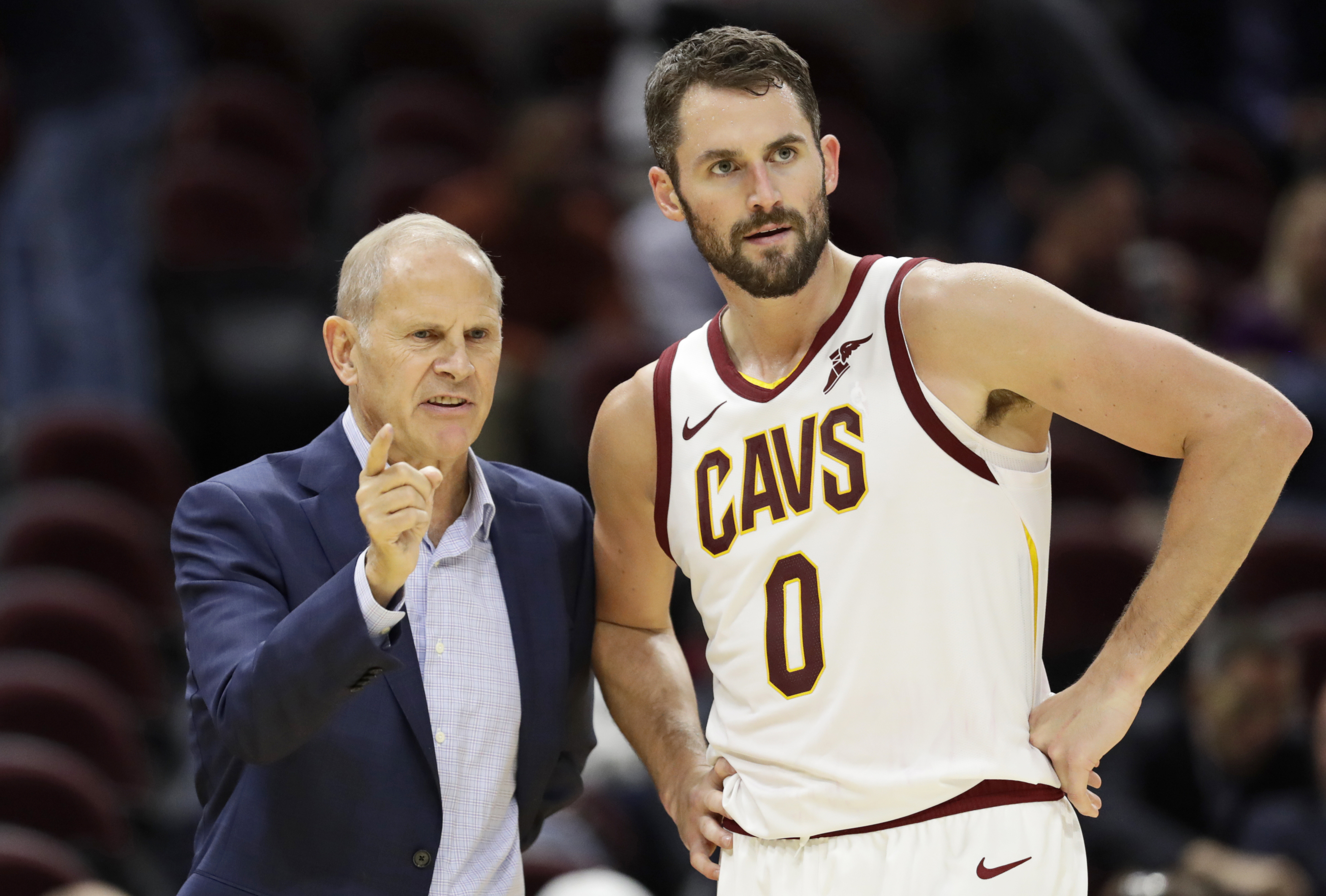 The former Michigan basketball coach begins his first season with the Cleveland Cavaliers.

"It is not a tougher grind than being a college coach," Beilein said on Friday morning, inside Little Caesars Arena. "It’s a different grind. It’s a basketball grind and I love it."

No longer does Beilein have to worry about recruiting or academics. He emphasizes that he was not running away from the college game or any of the responsibilities that came with it. But his new job is different and, so far, he enjoys it.