Softball is definitely putting themselves up against tough competition and even have the defending national champs, OU, coming in. Should be an interesting season as this team has talent; can they respond better to Coach Vesely? The Cougars will play host to TSU on Saturday, March 11, in a 2 p.m. first pitch at Cougar Softball Stadium. The additional game brings Houston’s 2017 schedule to a full 56-game slate.

Just in time for opening weekend, our 2017 Houston Softball poster! Grab yours on Friday at the Houston Hilton Plaza Invitational! #Pr1de https://t.co/3pAFDDB0D6 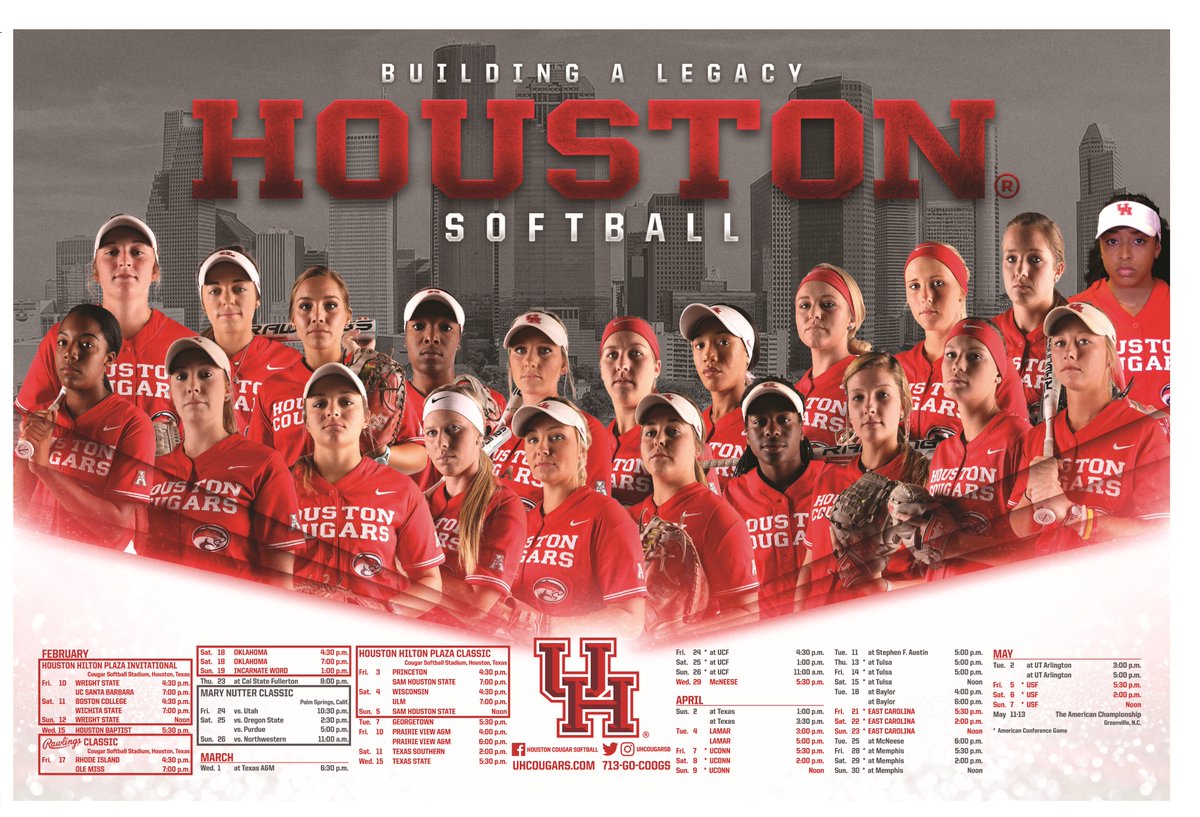