The Houston Cougar Womens Tennis team will head out on its final road trip of the 2016-17 regular season when it travels west to meet Utah and BYU in a pair of weekend matches.

ABOUT THE UTES
Utah enters play on Thursday with a 4-3 overall record after dropping two of three matches in their previous weekend of competition.

Utah has been led in singles play by junior Alexia Petrovic who has compiled a 5-2 record. Competing at the No. 3 singles position for the Utes, Petrovic opened the season with five straight wins, including a victory over No. 70 Kelley Anderson of Arizona State, before dropping her last two matches.

In doubles play this season, Utah’s team of Taylor Calton and Jena Chang have combined to lead the squad with three wins while playing at the No. 2 doubles position.

ABOUT THE (OTHER) COUGARS
BYU currently holds a 3-8 record on the season, and will welcome Utah State to Provo on Friday, before hosting Houston on Saturday. The Cougars have dropped three straight matches and six of their last seven.

Senior Savanna Ware-Avina has led BYU in singles wins this season, with six, while freshman Samantha Smith has five. Ware-Avina picked up BYU’s only singles point against Fresno State on March 11, when she defeated Katerina Stloukalova 6-2, 6-1.

BYU has been a solid doubles team this season, and Smith and Ware-Avina combine to lead the Cougars with six doubles wins. The duo of Polina Malykh and Natella Nabieva sit second on the team with a 5-1 record while playing at the No. 3 doubles position.

Yikes, getting bit by the injury bug again.

The Houston Cougar Women's Tennis team fell 7-0 to the University of Utah in the first match of its 2-match road trip, on Thursday.

The Cougars began the day short-handed after freshman Tsveta Dimitrova was forced to miss the match due to an injury. The Utes won the first point of the match with a 6-1 victory from Luisa Gerstner Da Ro and Alexia Petrovic over Ana Glumac and Cristina Rovira at the No. 2 doubles position.
When doubles play was halted, Sveva Mazzari and Lauren Alter trailed Margo Pletcher and Brianna Turley 5-4 at the No. 1 doubles position. 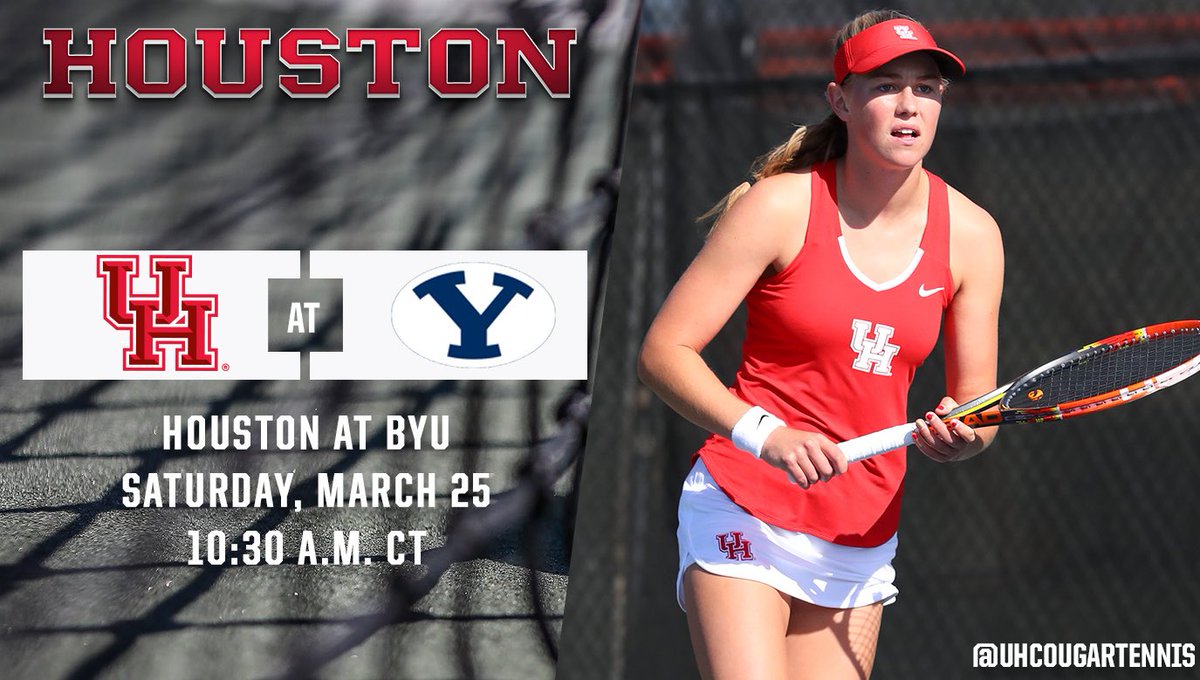 UP NEXT FOR HOUSTON
The Cougars return home to begin their final homestand of the 2017 regular season when they host Lamar on Sunday, April 2 at the Houston Country Club. First serve against the Cardinals is scheduled for 1 p.m.