The Road to the BIG12 is now in the Final Steps

At a special session via teleconference of the University of Houston Board of Regents on Tuesday Raymond Bartlett, senior vice chancellor and senior vice president for administration and information, presented the following to the Board: “We are asking the Board of Regents to…” https://t.co/tIuiixLd0r 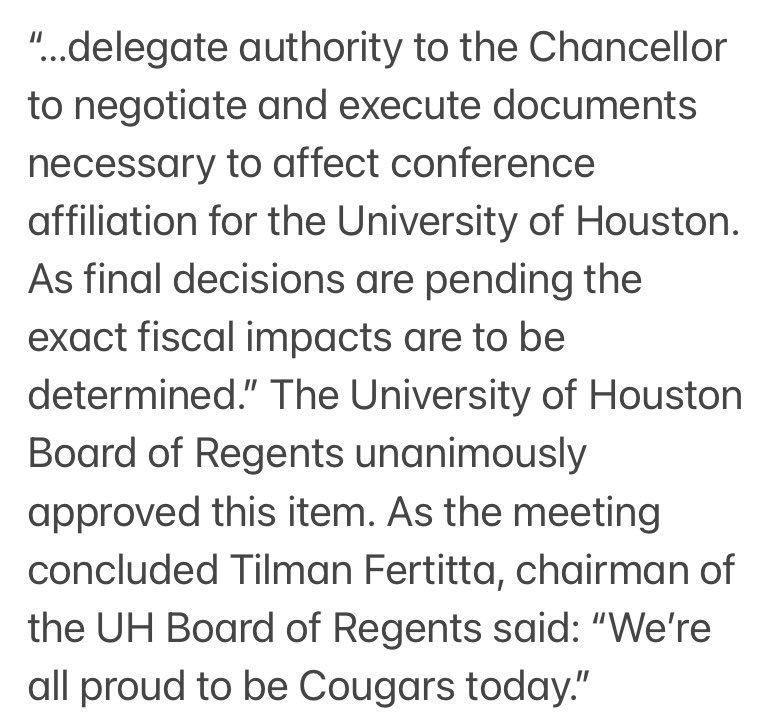 I hated to start new thread but figured it needed its own segment. With this actually coming from Vice Chancellor, it’s like a Big wow its abt to happen. Imo in no way is this not a very positive step for UH n UH Athletics in general. The rest as far any future changes, can be taken as they present themselves. But this was present n had to be taken IMHO. #GoCoogs 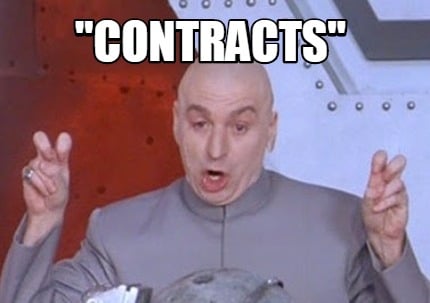 @Joprior23 for us huge Basketball followers be high stepping rt now. Woohoo. For Basketball it should help Recruiting immediately, as if he really needed it much. Ok I’ll hold off on BBall talk on Football side.

Thanks for posting. We knew this step was coming but this was a crucial step even though it is only a technical step.

Love Coach Sampson but he isn’t the reason why.
Thanks Renu, the BOR and the Billion dollars in our fundraising campaign…

We should be members by Friday.

He and his Program didn’t hurt. 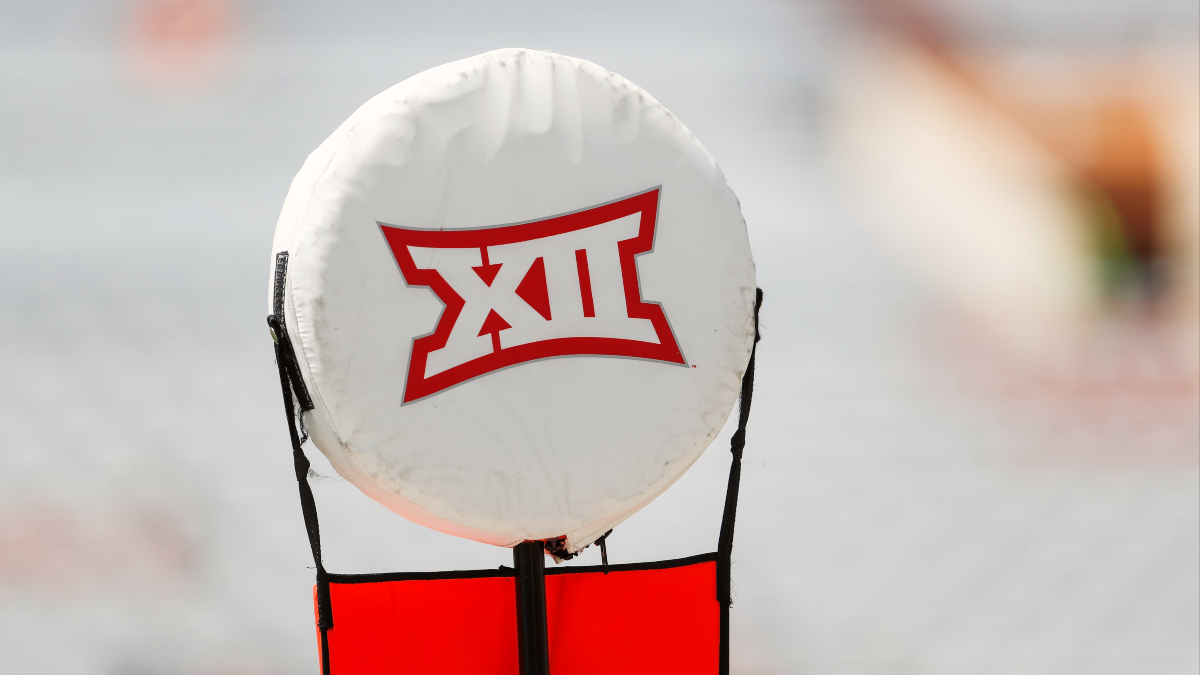 Brett McMurphy of The Action Network reports on the Big 12 Conference's possible expansion, including timelines to add BYU, Cincinnati, Houston and UCF.

25% weight given to the basketball program. Thank God. Our saving grace. Coach Sampson!! Build the man a statue.

This agenda meeting is the only thing we have seen from UH that documents that B12 could be happening, right? Have we seen anything else officially from UH on this?

The proof of concept demonstrated by football in 2015 and 2016 was also probably a big part of the invite. As much as it sucks to give him credit, Herman was probably a big part in getting this (as was Levine for gifting him a loaded roster). And of course, Briles, Sumlin, Maggard, Keenum, Mack Rhoades, Dr. K, Tilman and countless others (even Dana the first time around).

Half the time, is is all about winning.

It wasn’t a Kumbaya meeting. These are the top Delegates within the UH ADMIN n sole purpose of the meeting was to give approval from UH side to accept BIG12 invite when it comes in the coming days. Takes 2 to tango!

Yep, I know this is huge. I was just wondering if we had seen anything else official on this, aside from this I believe our leaders have been silent.