If Tilman puts a bid for Rockets and is successful, how does it impact UH?

Could have some impact on UH if he ends up buying the Rockets, just not sure if it would be good or bad. His name is still going on the new arena so I’m sure he’d want to see some benefit from that. 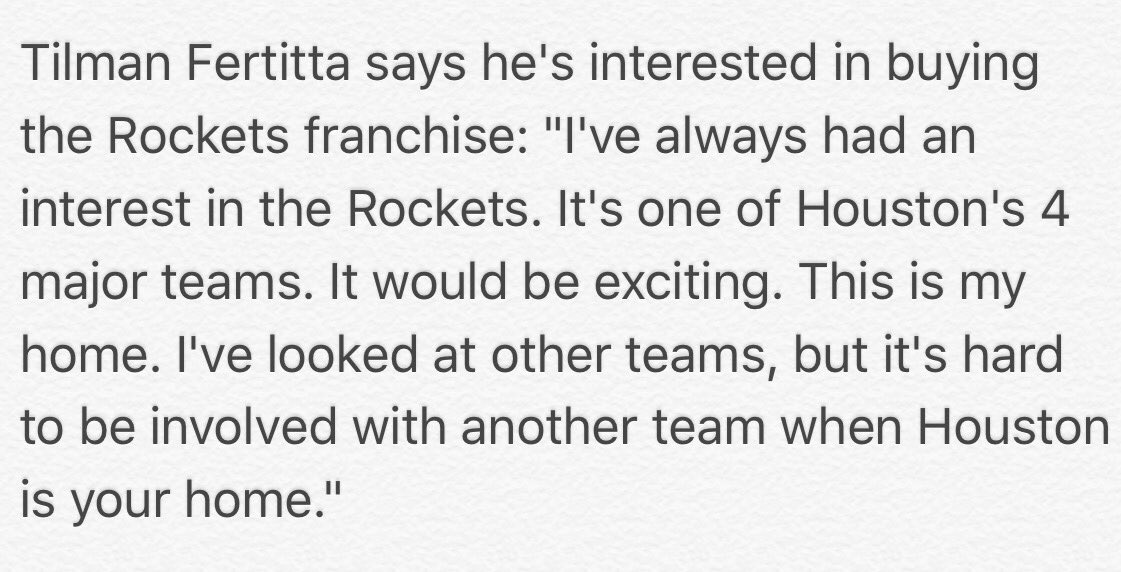 Great point Patrick. This is what I fear the most from an alum point of view. He and Mrs. Khator have made us “visible” again on the National stage. They are a formidable pair. I do not have a clue but how did our non inclusion to the small12 affected him? We gotta hope for the best.

He’s wanted to buy the Rockets for awhile and was one of the finalists the last time the franchise was up for sale; lost out to Les Alexander by $4M (back when that was a large amount of money in these sorts of things). I imagine he’ll get the team this time around, especially if he can pull together a good group to surround him. Saw that Mattress Mack was also looking into owning the Rockets as well, but I don’t think he’d be able to be the lead so Fertitta may pull him in. Good for the city of Houston in that there would be no chance that the Rockets would leave, not that there really is one.

Really does become a question as to what he wants to keep doing. He seems to like having his hands in a ton of different things, but the Rockets would probably take up a lot of his time initially. I could see him handing the BOR chair off to someone else, someone he trusts since he’s got Gov Abbott’s ear. Or, he may just try to do it all and stay on the BOR chair. I think you bring up a good point though, does Khator stick around if Fertitta leaves? I think she does, she really likes it at Houston.

Will there be benefits to Fertitta being the owner for the Coogs? Could be as Fertitta would have an even larger profile in the city/state/nation and I doubt he’d want to see his time with the Coogs go to waste. He didn’t exactly like when Landry’s fell on hard times after he left them for awhile. Based on his comments towards McRaven and UT in regards to UT-Houston and his comments after being snubbed for the Big12 meeting, he seems to be all-in for getting UH into a Power 5. Again, his name will be on the basketball arena so he’ll still play a part even if he steps down as head of the BOR. In the immediate short term, if the sale goes through fairly quickly, maybe there would be a discount for basketball games in the Toyota Center? Hell, maybe we’ll stop seeing UT/A&M games at the Toyota Center unless they play UH or maybe he’ll bring a Houston College tourney to the Toyota center. All would be great for the program.

If he wants to buy the Rockets fine, but I hope that it wouldn’t distract his attention from our Coogs.

He’s done great things and I hope he continues to do them for UH. However, there might be a time where he steps away and let’s someone else bring their enthusiasm in. I wouldn’t fault him for that. 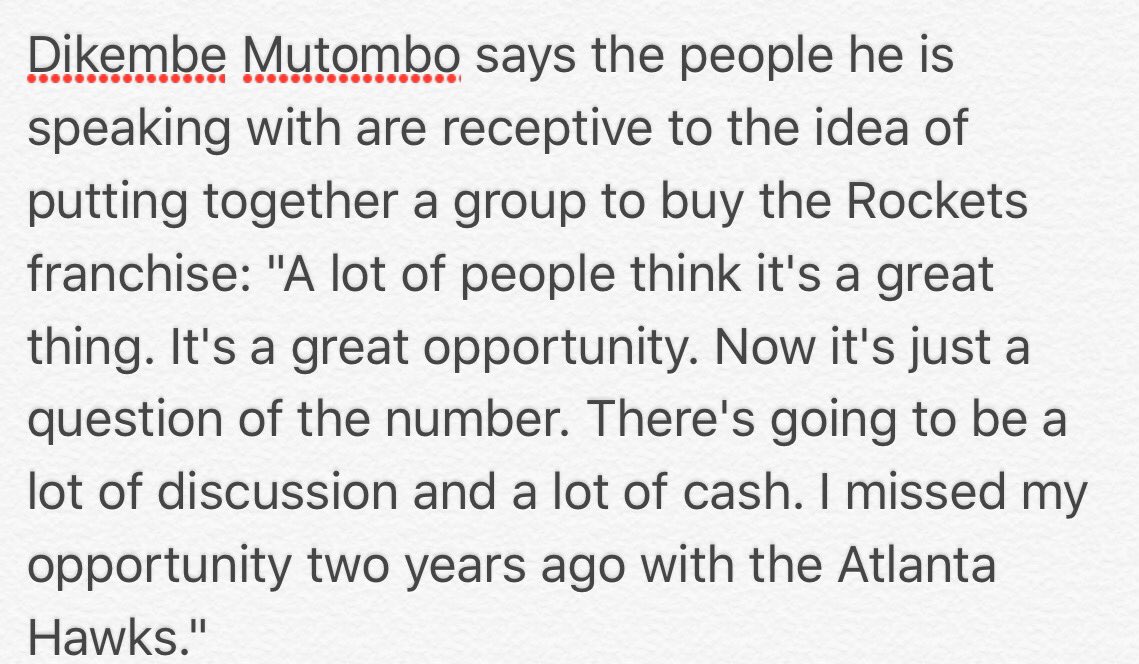 Wow. Tilman was around back then as a billionaire.

Sure wish it could be Jeff Bezos. $80 billion net worth, and lived in Houston until age 12.

Could afford the Rockets…AND a NHL franchise.

I think Bezos is too busy building actual rockets.

I think you mean Musk

Didn’t say who the other members of his group were

Hall of Fame forward Elvin Hayes said he is a member of a group that is attempting to buy the Houston Rockets franchise.

Just spitballing here, but assuming he keeps his BOR chair, I wonder if this helps Coach Sampson in recruiting? That’s a lot of NBA contacts directly connected to UH.

Rockets statement on the sale of the franchise includes reaction from their new owner @TilmanJFertitta : https://t.co/KxD8NE5peK 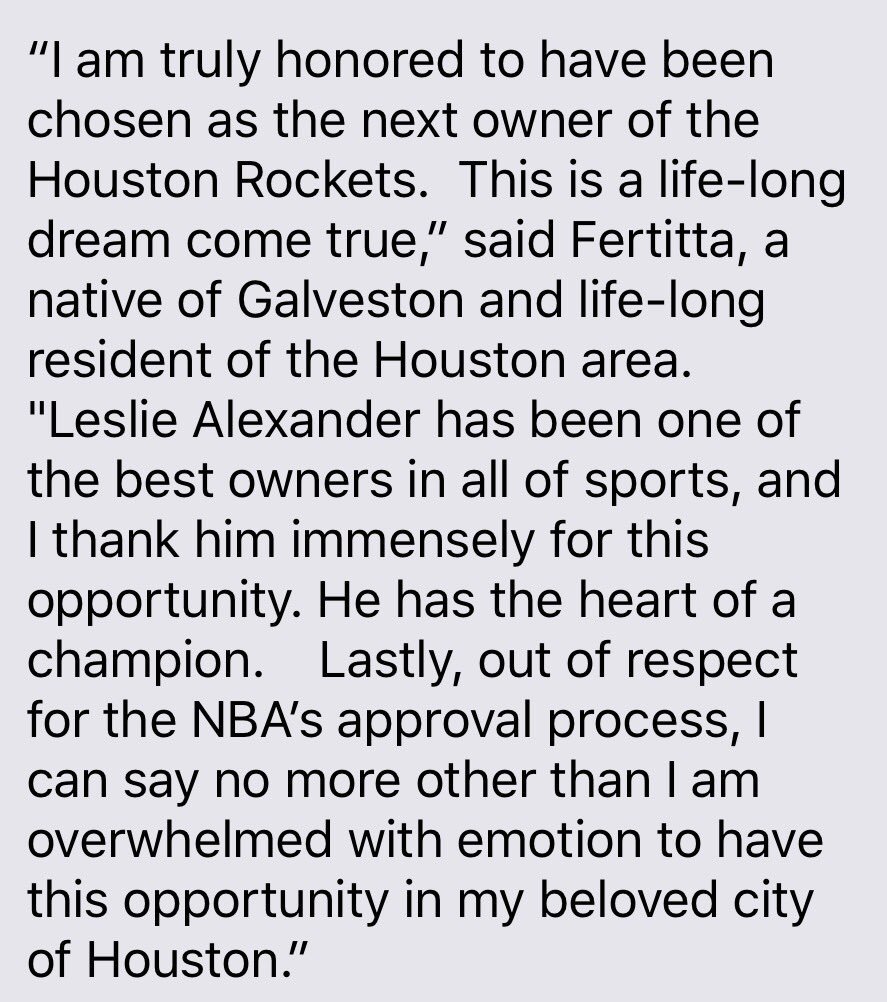 Reaction from Leslie Alexander on the sale of his franchise to @TilmanJFertitta in the #Rockets statement: https://t.co/JbyhNyRKbQ 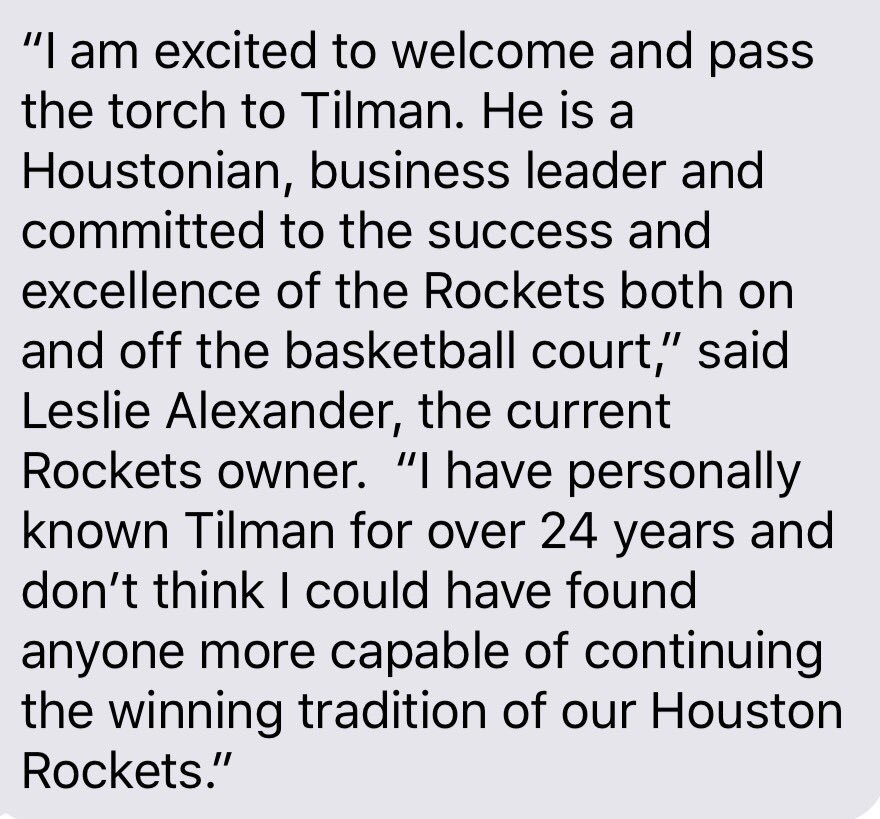 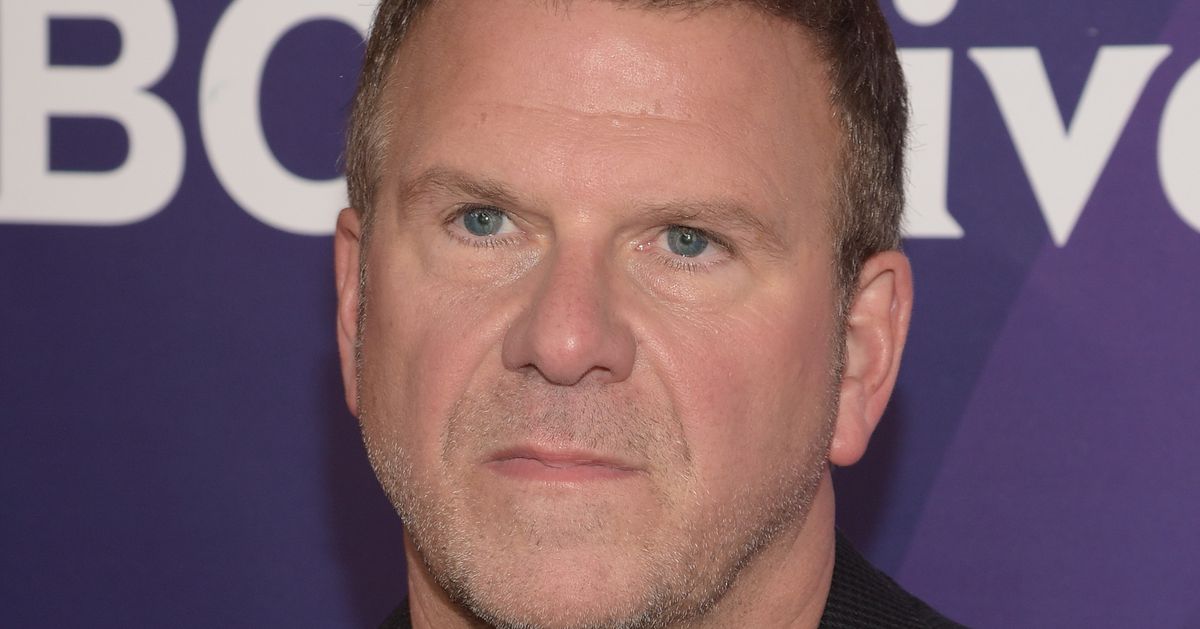 Tilman Fertitta will be the new Rockets' owner. Here’s who he is.

Fertitta will purchase Houston’s NBA team for a record-breaking price of $2.2 billion. 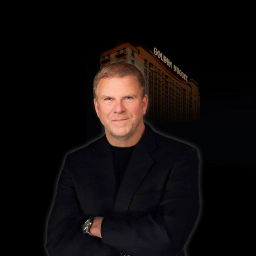 It is an honor to be a part of the @NBA. I look forward to serving the city of #Houston and continuing the success of @HoustonRockets. https://t.co/1RE6vbj8j1 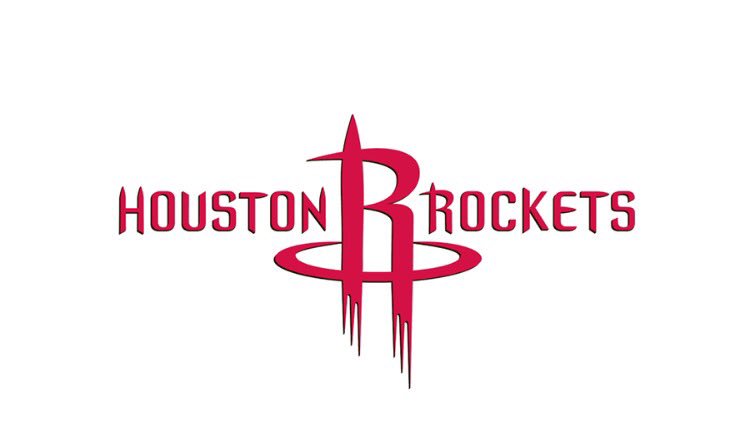 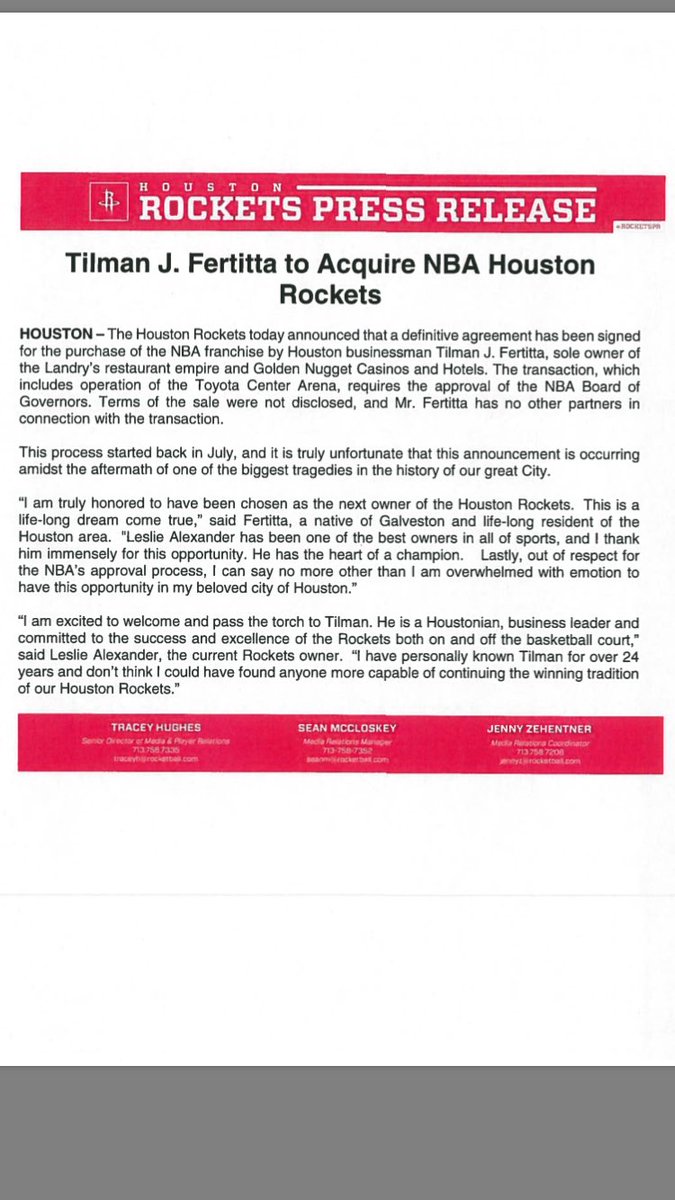 Really interested to see if this has any effect on our home venue this year. May be why we haven’t announced that yet.

Wouldn’t it would be great if Tilman cut UH a special deal to play our games this year in Toyota Center (a la Memphis) ?

So what does this do to the UT and TAMU games that are played at Toyota and purposely have always excluded UH?