Teleconference with the American Conference (Some different questions in this one) 4. After watching the coverage units struggle against Navy, Herman said the staff has to get contributions from scholarship players that are not currently starters. “If you’re a backup running back, a backup wide receiver, a backup linebacker, a backup defensive back, or a backup tight end and you don’t play on special teams what good are you to this team?” Herman said. “What do you do for your scholarship? How do you earn your scholarship? You go out and practice? What do you do on game day for us? I made that very clear that it’s imperative moving forward.” Herman said the bad snap that sailed over punter Dane Roy and out of end zone for a safety was due to a slippery ball. UH now plans to do a drill involving a wet ball after practice every Tuesday.

On the AAC conference call Tom Herman asked about Navy QB Will Worth: "I think he kicked our butt." @UHCougarFB

Tom Herman on Navy loss: “We flushed it yesterday."

Tom Herman: "We’re not deep enough, talented enough to play a C game against a formidable opponent like Navy."

Tom Herman says there is no plan to use CB Brandon Wilson at running. “Don’t need to go down that route just yet." 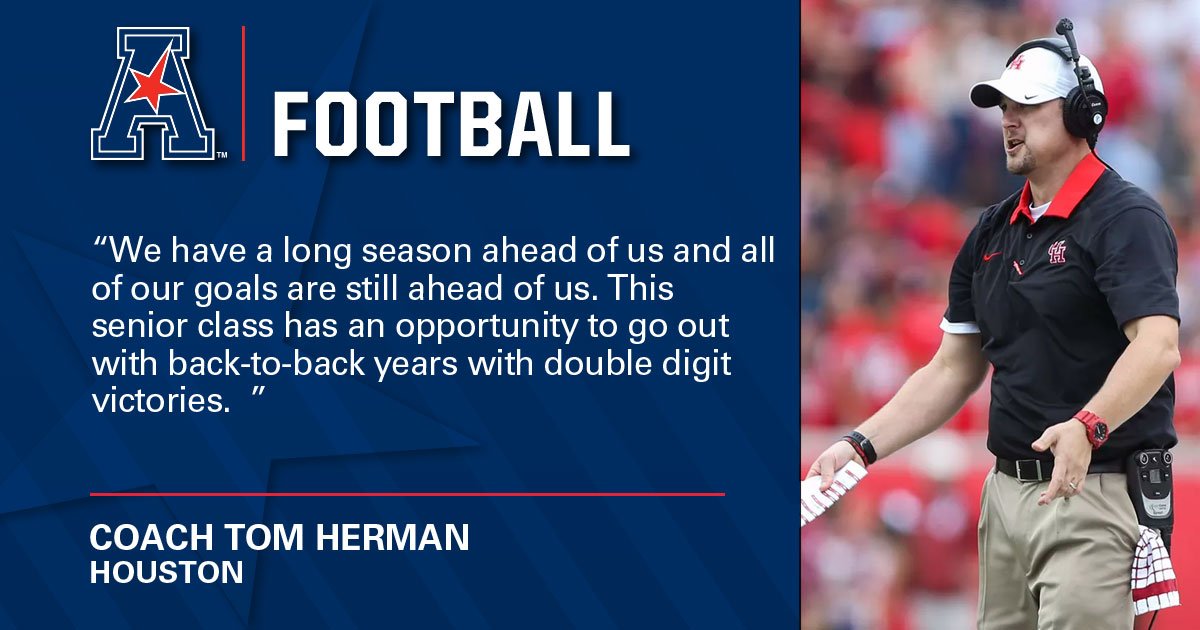