TSU Gets A Lowly No. 16 Seed, But They're The Only Houston Team Dancing

TSU Gets A Lowly No. 16 Seed, But They’re The Only Houston Team Dancing

TSU Gets A Lowly No. 16 Seed, But They're The Only Houston Team Dancing

It wasn’t supposed to be like this. At least not according to the plan set out by Texas Southern head coach Mike Davis. Texas Southern would play a ridiculously tough out-of-conference schedule. It would play all of those games on the road. The goal...

TSU might have been a better seed if they had kept their best player (Derrick Griffin I think?). He’s a 6-7 forward who can jump out the gym, but he quit the team when conference season began to concentrate on an NFL career instead. I doubt they can stay within 20-25 points of North Carolina.

I think the only time a SWAC team was anything but a #16 seed was when TSU was a #15 when they almost knocked off Arkansas in 1995.

We had at least one “quality win,” over Rhode Island.

Maybe, just maybe had UH beaten SMU at home, they would of probably been the last team in the tournament.

American mostly sends around 4 teams dancing every year. Only 2 this year. Had to do more about how good Cincy & SMU were. 2 top 20 teams.

Big problem with the American this year was:

Hopefully, this is just a down year for the conference, but I would have Wichita State on the phone now to get them to help with schedule strength. USF, ECU, and Tulane look helpless for the near future; Temple may not be able to turn it back around nor may Tulsa. Hopefully Memphis and UCF continue to get better with their established coaches and hopefully Houston continues to rise while SMU doesn’t fall off.

There are couple of big name teams within a few hours of UH that wishes they were at least good enough to be invited to play in the NIT. I am not bragging about the NIT but I will gladly take a NIT invite over not getting an invite.

Cool little graphic depicting who went where from what Conference: 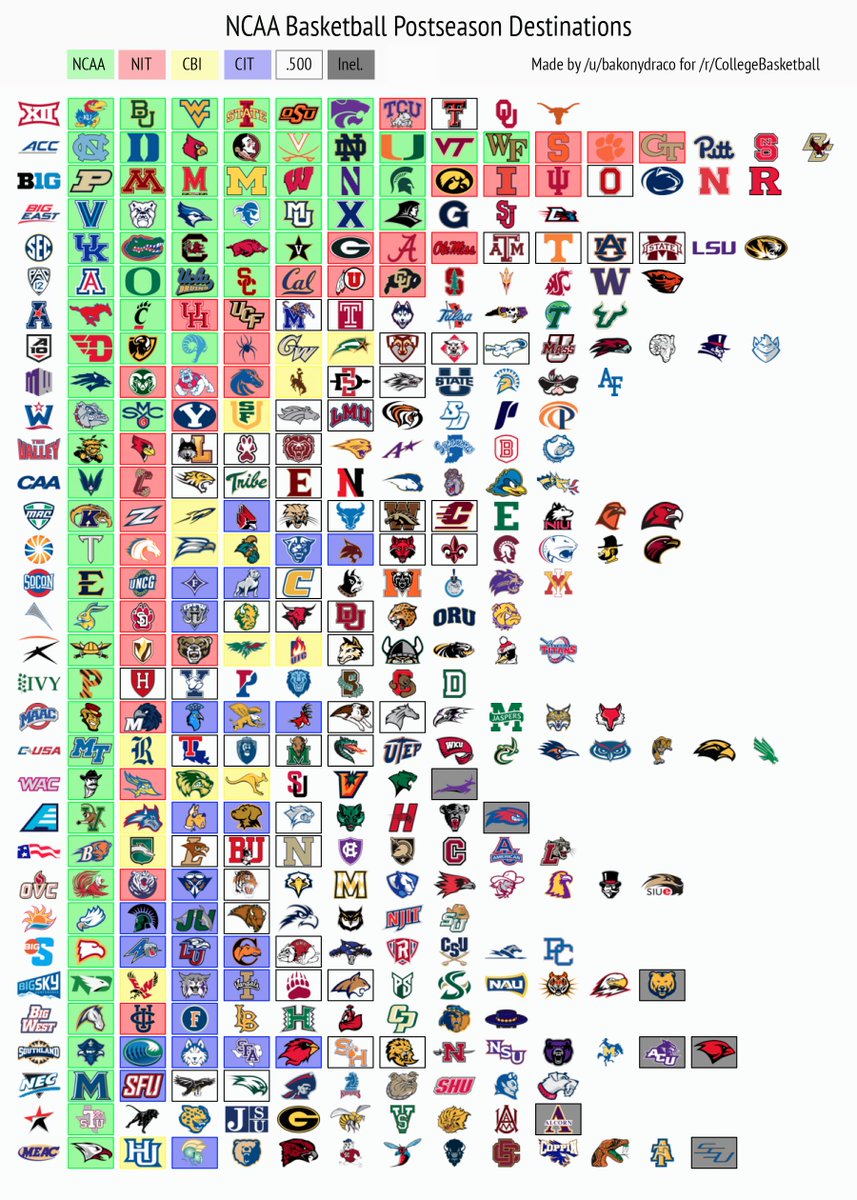