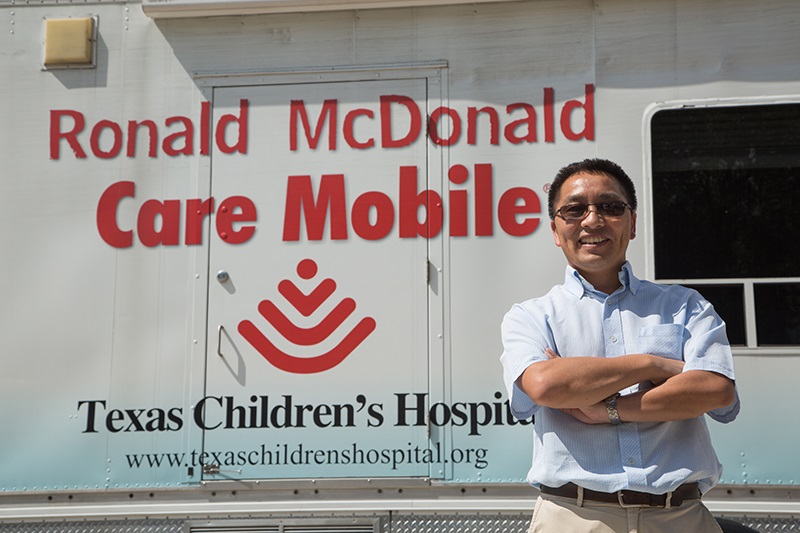 The National Science Foundation isn’t asking too much – just present potentially transformative research that might improve people’s lives and they might be eager to give you money through their Early-concept Grant for Exploratory Research (EAGER) program.

As luck would have it, Jiming Peng, UH Cullen College associate professor of industrial engineering, has such a plan. It’s called “Increasing Healthcare Access to At-Risk-Populations in Smart Communities: Optimal Deployment of Mobile Health Clinics,” a joint project with colleagues from the UT School of Public Health in Houston. The idea is to expand mobile clinics in underserved areas, which could definitely change lives for the better in Houston, where mobile clinics figure prominently in delivering health care to at-risk populations. In Houston about 30 mobile clinics currently offer care ranging from routine and cancer screenings to dental work for over one-million people.

Seeing the value and need, the NSF awarded Peng $125,000 for two years of research beginning in September. But if this was a ballgame, Peng’s research would already be on third base. In January, 2016, the Texas Medical Center awarded Peng and his colleagues a budget of $150,000 for a pilot project to improve the lives of Texans by coming up with research-based policies for mobile health clinics.