Former Utah receiver Raelon Singleton, who is from Crosby, will transfer to Houston. As a grad transfer he will be eligible immediately. Second-leading receiver for Utes last season.

good get for us. should give us experience at wr that we need.

Nice add. We needed some experience at WR.

Feels like we could use a grad transfer at RB also since Catalon left.

It is interesting that he was recruited to the Utes by Brian Johnson, former UH OC, who is now at Florida.

Feels like we could use a grad transfer at RB also since Catalon left.

Expectations are that we will.

Really like his size, awareness on his placement and unrated speed. We have lacked size with speed for a while now. Great job signing him.

They are cousins. UH & B Johnson must have parted on good terms if Raelon is coming. 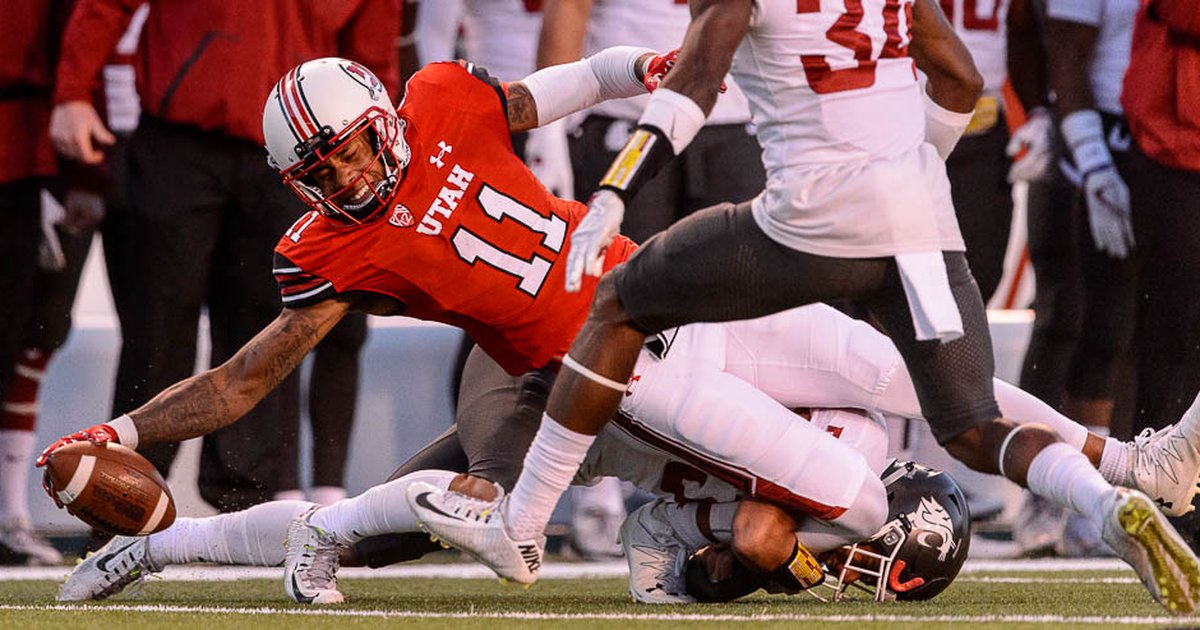 Raelon Singleton leaves Utah with one season of eligibility remaining

Utah wide receiver Raelon Singleton will not use his final season of eligibility at Utah and is leaving the program, which leaves the Utes without their top two receivers from 2017.

Our most recent big WR with speed is now playing CB. Lark and Corbin have size and speed too, but are relatively inexperienced.

Thank you for sharing. Interesting how if you just subtly glance at the video most of the uniforms he is wearing almost look like some of our uniforms from the past couple years. So it almost looks like it could be U of H highlights.

This is why it’s important to never burn bridges even when it’s time to move on. Nice job by CMA to get a new OC but keep those existing connections going to get this key grad transfer.

That number dropped a bit in 2017 to a still extremely respectable 14.8 yds per catch, which was 2nd on the Utes behind Siaosi Wilson.

This was not a playing time issue either, as Singleton would’ve gone into spring practice as the #1 returning receiver.

The primary recruiter for Singleton to Utah was his cousin, former Utah and UH OC Brian Johnson.

He’s a big target at 6’3” and averaging well into the double digit yards per catch certainly leads me to believe he’s fairly explosive.

I’ve seen all I need to see.

Really like his size, awareness on his placement and unrated speed. We have lacked size with speed for a while now. Great job signing him.

Wait until Morgan gets to campus, 6-2 and can run.

“I want to thank @UHCougarFB @CoachApplewhite and the rest of the coaching staff for giving me this opportunity to join the family’s; let’s get to work #HTownTakeover”

Moving on to college football wide receivers. Had to go check out what Raelon Singleton can do for Houston. Cougars could have three receivers 6’2” or taller if it’s Singleton, Lark and Corbin as the starters. D’Eriq King could have some great options this year #HTownTakeover https://t.co/zRcD7pwmgS
3 Likes
next page →