Wichita State emerges as potential basketball-only addition to the AAC

Interesting…would bring us to a 12 team conference in basketball and Wichita State does have some prestige behind them. Conference needs more quality teams so I’m on board. “Adding the Wichita State brand to a league that already has UConn, Cincinnati, Temple, Memphis, Houston and SMU would make that a four-to-five bid conference,” one coach told FanRag Sports. “It’s a no-brainer for the American.”

I’m regergitating my tweet, but the AAC should interview 20+ schools and then not expand.

Honestly, I wish were were a traditional conference with full members in Basketball and Football, but we’re not.

I think this is a good move and hope it happpens. I also hope we haven’t given up thinking about reorging west with UNLV, San Diego, Boise and others.

We’re at 12 in football, why not consider being the first 16 team conference?

We’re at 12 in football, why not consider being the first 16 team conference

I started a thread in football to answer that question.

If the opportunity to go American is real, Wichita State must not cower

If the opportunity to go American is real, Wichita State must not cower

Wichita State has been a Missouri Valley Conference member for more than 70 years, but that shouldn’t stand in the way of progress.

That’s where the overthinking comes in, and where it’s unnecessary. Bottom line: If the American Athletic Conference is legitimately interested in adding Wichita State’s athletic program to its mix, then you take about 20 seconds to make your decision.

I hate linking to a Pete Thamel article as he’s a shill for Tom Herman and his agent and the stunt he pulled during the Las Vegas Bowl, but he does tend to have his ear to the ground when it comes to college athletics. In this article, he talks about who could replace the NC State coach and mentions the Wichita State coach and has a tidbit about how there is increasing buzz about Wichita State to the American. 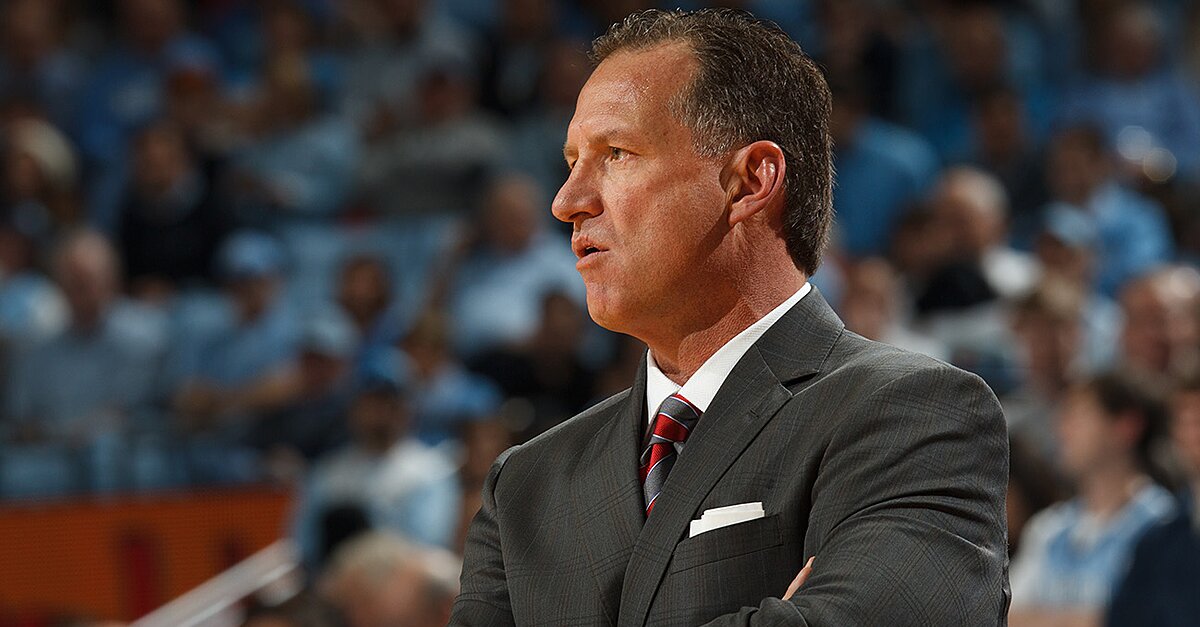 Who will lead Wolfpack after Mark Gottfried?

North Carolina State fired Mark Gottfried after reaching four NCAA tournaments in six years. Who will lead the Wolfpack next?

There is an increasing feeling in the industry that this could be the year that Marshall finally leaves Wichita. He’s gone 254-89 there, reached the 2013 Final Four and appears on track for his sixth straight NCAA Tournament. There’s increasing buzz that the American Athletic Conference will make a run at Wichita, which would immediately make it a much more difficult job. There’s also some competition for N.C. State here, as LSU, Missouri, Washington, Illinois and Arkansas (considered 50-50 to open) could also make a run at him. Compensation is important to Marshall, and someone on that list should be able to compensate him.

I’m fully on board with Wichita coming on board as a member in everything except football. 1. They have strong programs in basketball and baseball which the conference needs right now and 2. if UCONN does leave, there’s been talk that Wichita State has been looking at reviving their football program in order to garner a spot in a bigger conference. Normally, that would be a bad addition for the conference, but if they are replacing UCONN, I’m not sure we’d see much of a difference initially.

According to several sources throughout the league, the American Athletic Conference is looking for a way to upgrade its rankings in basketball with an expansion blueprint focused primarily on Wichita State, but also including other higher profile basketball schools such as Dayton and Virginia Commonwealth.

I have no problem adding 1 basketball only school. It helps balance out the conference. I think three is too many. Don’t want to create the same issues with the original Big East, where a conference has to serve two masters.

3 would put us at 14 like what the B1G and SEC have. Doing so would allow us to play 6 teams twice and 6 teams once.

I think adding three would be more to try to entice TV providers for the next contract while also trying to keep UCONN happy enough to stick around. AAC is on the cusp of not being a basketball major which is not good. If we can add the three schools listed, I say go for it.

Edit to add: We’re also losing the Big East revenue from their tourney runs either this year or next. If the conference only gets two teams in and can’t advance far, that’s quite a bit of lost revenue for each school. Having the third place team in the conference be a bubble team isn’t great for our future prospects. Too much dead weight (Tulane, USF, East Carolina) and too many mediocre teams brings about thoughts of CUSA and pretty soon we become a mid major in basketball.

I really like the idea of adding Wichita State as an addition to the AAC. What are your thoughts on considering schools like Vermont, Rhode Island, or George Washington for potential candidates?

I could see George Washington to try and get into the D.C. market. The other 2 would be solid additions as well and would help out UCONN with travel; depends on what UCONN wants.

Wichita State has been solid for awhile and has a number of solid sports programs while also adding a western member.

Saw Cronin complaining about Cincy not having a school that they can ride the bus to which may be where the Dayton interest is coming from. They e also been solid for awhile.

VCU would also be a way to get into a lucrative market and they’ve also had a solid program for some time now.

Semi Ojeleye scored 26 points with a perfect night from the field and No. 14 SMU clinched at least a share of the American Athletic Conference title with a 93-70 victory over Tulsa on Thursday night.

If adding a school gets us a better paying tv deal its worth it but if ESPN is going to still pay us peanuts compared to the other leagues why bother.

An article from the Wichita State side of things:

Yet the possibility of leaving of MVC is taken seriously by multiple sources in the department, some of whom believe it to be a likely outcome. Others are much less certain. All say leaving the MVC for the American is the desired goal of the university and some have gone as far as to calculate travel expenses in a conference that stretches to Connecticut and Florida.

Bardo announced his plans to explore conference options, he cited a desire to be associated with schools he considered more similar to WSU for academic mission and city. The Valley is a collection of schools with little in common with Wichita State, outside of the relationships and traditions formed over many years of conference membership. It is home to four private schools. It is home to five other public schools, all located in smaller cities and with different academic and research focuses.

Dennis Dodd pushing the Wichita State to AAC train along. This thing seems to be picking up momentum: 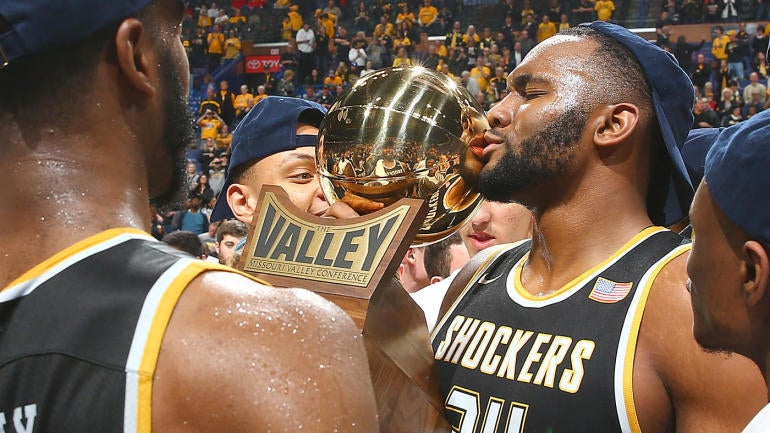 The Shockers have been carrying the Missouri Valley Conference for years, but that could change soon

CBS Sports reported Friday that Wichita State is at a “serious evaluation point” by the American Athletic Conference . And why not? Both the American and the Shockers could find mutual benefit.

We are not going back to the old Big East model. There's nothing going on. - @American_Conf Commish Mike Aresco on @GoShockers rumors.

I agree with Aresco, if Wichita State wants to join the American they need to play FBS football. Adding all these non-FBS schools will only bring back the same problems that brought about the demise of the Big East.

I would try to poach Boise St, honestly.

I don’t think WSU will dramatically change the fortunes, but no other school that has FBS football is interested or a worthwhile candidate to join this league.

AAC leader rules out ‘multiple’ additions, which may or may not mean Wichita...

“We have 11 basketball members,” Aresco said. “I’m not certain what we’ll do in the future. We’re always evaluating our basketball to see if we can make it stronger. Right now, there is nothing going on.”

Later in the interview, Aresco said that the American is not looking to expand with a football school.

“We’re happy at 12,” he said. “On the basketball side … we always explore whether we can strengthen ourselves. Until something is actually happening or would happen, I’m not going to comment.”