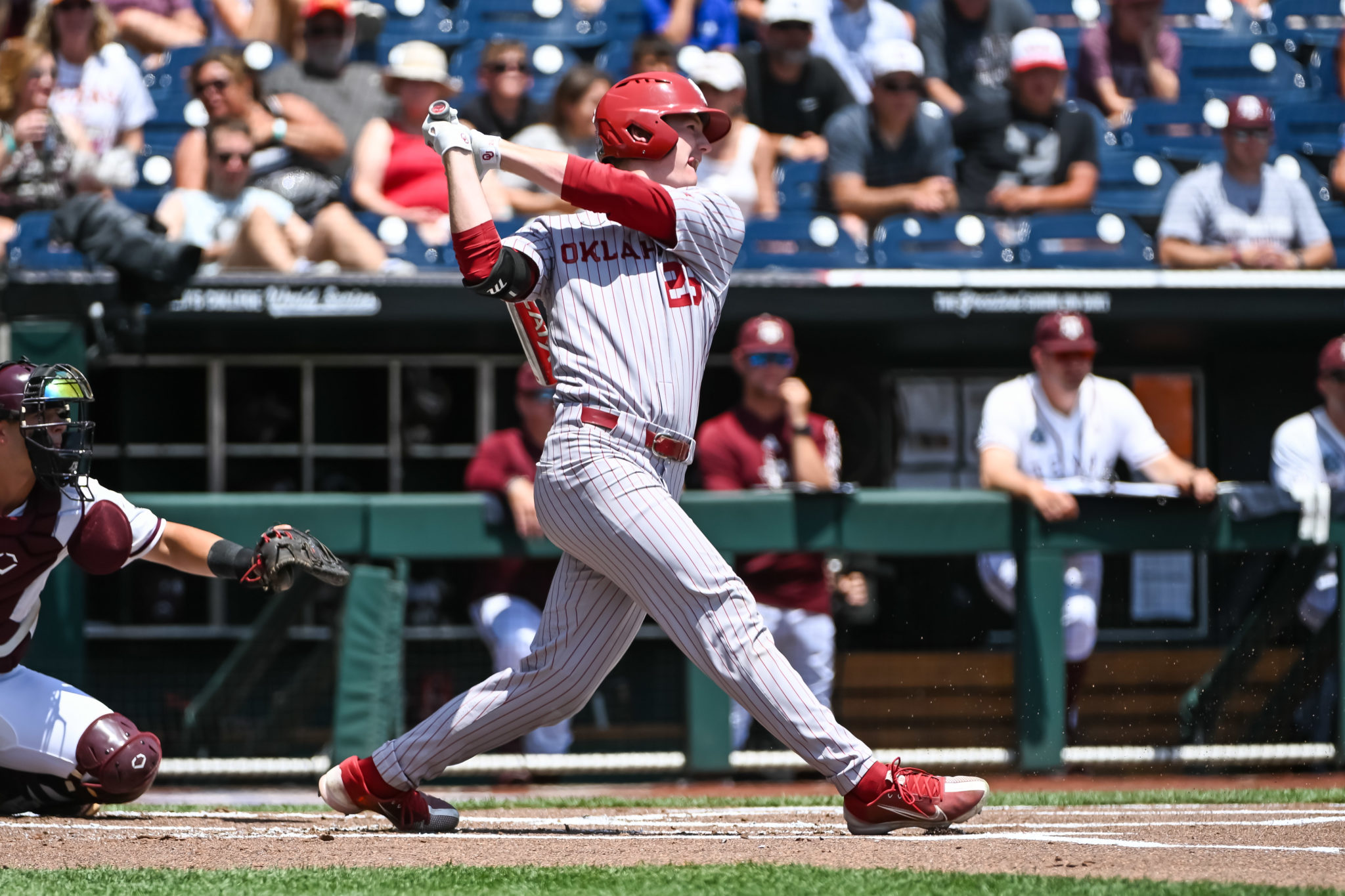 The master plan in full swing!!!

Yep, could not have asked for a better scenario…… if there are any UT or A&M fans on the board I’m really sorry your team(s) lost….

THE DREAM IS ALIVE !!! ATM vs TU in the loser goes home game Sunday

That ND FR reliever #24 looked strong. And that 3B for ND can field.

Yep, could not have asked for a better scenario

" 3. SUNDAY WILL BE ELECTRIC

Playing in an elimination game in Omaha is crazy enough but to have Texas play Texas A&M in the College World Series? That’s insane. Omaha is already an electric atmosphere and anytime these two programs meet you can bet that something memorable will happen. The hate will be there, the passion will be there and so will the fans."

The college baseball postseason started with 64 teams playing for a chance to win it all. Last week, the field was cut down to 16 in the Super Regionals and now, the journey is complete as eight teams will make the trip to Omaha. The Texas Longhorns...

Does Jesse know “the hate will be there”?

You guys are pathetic. Nothing else to chew on huh. I don’t openly cheer for either one of those programs but also makes no difference to me when they achieve good results. Insecurity is a Bad habit.

I’m not sure your intentions Sir. Keep digging.

Sorry, I don’t align in your everyday views. You must have run out of your ‘hash’.
I kept quiet after one post where i stated i didn’t care if either one of the Schools won the Ship. So then all the stragglers start throwing their fishing pole out there, see if I bite.
Ok im here till I go to the Astros gm this afternoon, where’s the bait…

don’t openly cheer for either one of those programs but also makes no difference to me when they achieve good results. Insecurity is a Bad habit.

Its not insecure to root against Satan. This is an issue of two schools receiving PUF welfare from the state for over 100 years, fought to make sure your school never received it, and once they’d built top tier universities they joined better athletic conferences and did everything in their power to keep your university out, even refusing to play them to essentially make them invisible. It wasn’t us being insecure.

I want them to play 38 innings Sunday tied at 14-apiece with the game ending on a batter plunked in the head by a pitch. Then I want the winner to lose their next game by 20. I want both teams heckled by their own grungy fans in the Omaha airport. And I want both coaching staffs and their pet monkeys run out of their respective towns by waves of t-shirt fans and hooligans from Navisota and Lake Sommerville.

Edit: Again so we’re clear they can play 46 inn, makes no difference to me. Don’t thk you are getting that part. I have No invested interest in either program. But if i did your views would have Zero impact for me.

Keep adding. Im sure all the posts will be a first for the Board to read these incredible viewpoints.
All the best to ya Funk, hopefully you can move on w the rest of your day. And Stay off the Drugs!

No, you were trying to ride Funk’s saddle n pile on. You were one of the few I could count on w consistent decent posts n extremely knowledgeable abt COOG history. It’s ok I’ll still be attending Coog Athletics events no mattter how many stones y’all throw.
Out!!

Stay in your lane Jesse. I thought I was being funny. I really don’t put much creed in dumb subjects like this.
Please forgive me if I came across the wrong way.
Go Coogs

Well I kind of have a soft spot for Notre Dame (in spite of sitting through that freezing Cotton Bowl all those years ago) so I’m super happy they beat Texas. And Texas and A&M playing in a game where one has to be eliminated is very nice.