Not that we can change anything but it is interesting to guesstimate what kind of loss the program has when 1/2 of the stadium is empty.

Assuming we have 15k season tickets holders and 5k students, we have 20k seats on the open market for each home game.

So, assuming these numbers are close, when the program kicks off with a 1/2 empty venue they are eating about $1.1 million.

So, assuming these numbers are close, when the program kicks off with a 1/2 empty ven

I think we were up closer to 18K-19K for season tickets this year.

Not sure UH loses any money on concessions as they’ve handed that over to 3rd party vendors. I may be wrong about that.

Also, I’m not sure that I would word it that UH is eating $1.1M as they don’t technically lose any money, they just don’t gain that money.

Wouldn’t the concessionaires have to pay a fee to UH for the right to sell their stuff? or maybe a royalty?

Ok lets round up to 25k which leaves 15k open on the market.

Concessions are not a sunk cost. If you don’t sell a bag of chips at the game this week, you can sell it at the next game, or give it back to the vendor, depending on the arrangements. So $20 not being spent is probably more like a loss of $10 profit…maybe more because for the ungodly mark up…so maybe those numbers aren’t as off as I thought.

What is the goal, to find out how much more we could have made this year or just in general if we only sell half the stadium? I believe somebody had estimated 20k vs 40k as basically a million a game before. Your concessions are too high as I am assuming UH only gets like 50% or just a rental fee with some of them which means no loss in revenue. You could throw in merchandise, but probably not that high anyway. Lowest attendance we had this year was 29,810. In total we have had about 34,000 seats unsold. Assuming decent sales for Navy, then we only left 40-42k unsold in total.

You might also calculate the loss in TV revenue if we were still in C-USA and didn’t have to play as many Thursday night and early Saturday games.

We get roughly 3.5 million from TV per year.

I have seen no mention of the “donation” necessary in order to purchase season tickets. Seems to me that would reduce some of the “loss” numbers we are seeing in these comments . . . . .

The loss is based on empty (unsold) seats only. If we wanted to add the additional costs that come with adding season ticket holders, the opportunity cost would be much higher.

I’d say opportunity loss, not necessarily a realized loss. I believe they reworked the concessions deal so that the school gets a % with a guaranteed dollar minimum, if it goes over the minimum they get more. That is how the deal SHOULD work, I know it wasn’t necessarily like that at first when the stadium opened.

Also, I don’t think the average concessions paid is anywhere near $20.

Here is a good example from UNLV. 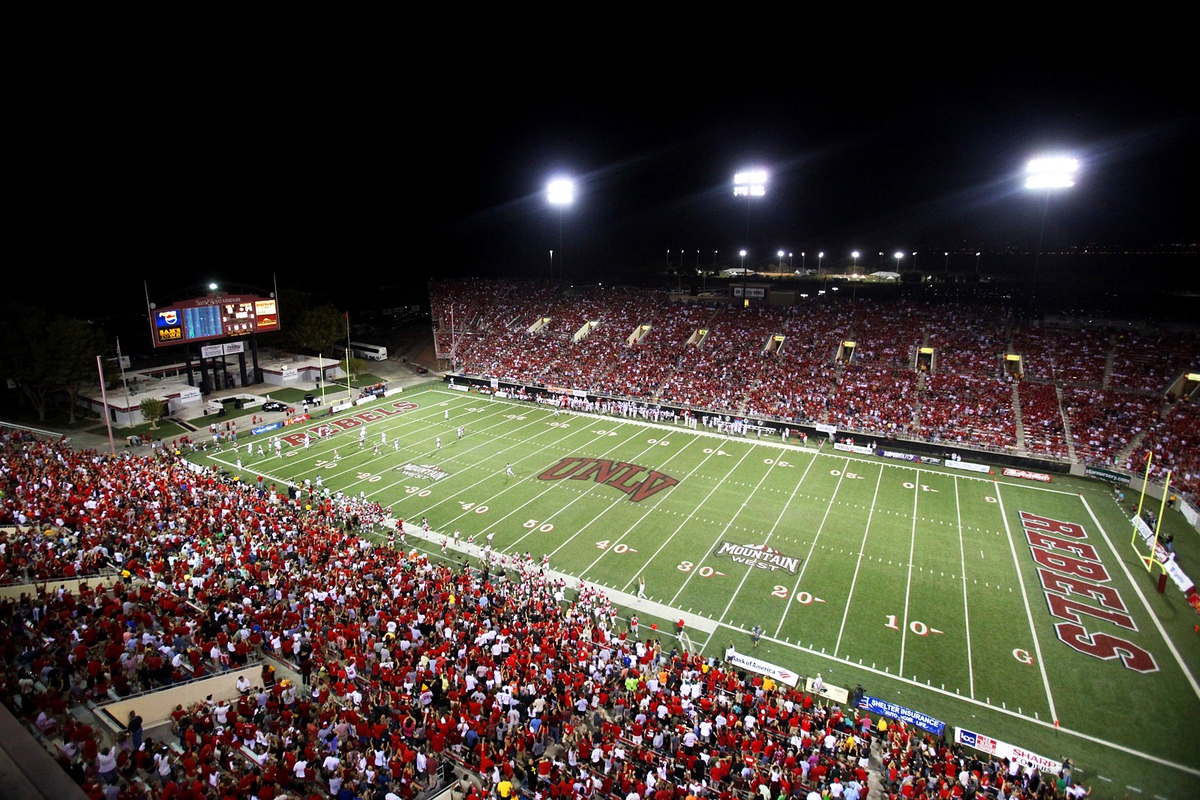 The UNLV Gameday Experience: What it costs and what it brings in

A college football gameday is a big production with lots of moving pieces. And that doesn't even include the players on the field.

You seen the lines at the concession stands? I would say $20 is an underestimate, but I’m not about to argue that point since none of us has any real data.

Folks in my section certainly carry their weight there

I have two season tickets and between us we spend a out $40. we don’t drink either.