A fool and his money are always soon parted

How are those Trump trading cards? LOL

If they are a sell out, it’s only 4.5 million. I wouldn’t put it past him to buy them all up himself to pretend there is a demand.

I also wouldn’t put it past his sheep to spend money on this worthless purchase.

I read that trump gets 10% of all resales. I wonder if that’s the play (assuming it’s not something more nefarious).

There just isn’t much money here otherwise. I guess there could be many future offerings too.

Imagine if any other former president did this.

Yes, but this is the most trump thing ever. He will put his name on anything for a buck. Even something as ridiculous as these.

I really need any of our resident photoshop geniuses to do a few Obama tan suit cards, or even some tacky Clinton cards. 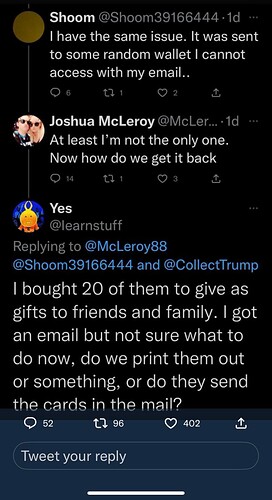 Sometimes people steal money so it’s not always the fool losing money. The fool could be a theft victim.

No one who gives drumpf money is a victim, they’re just a fool.

If there is dark money here, I’m guessing it can never be traced. Be interesting to
see how these play out in the secondary market. I don’t personally know anybody
that admits to buying these things, but would be interested if anyone here has any
personal purchases.

Currently, the cheapest-listed Trump NFT on leading marketplace OpenSea starts at about 0.15 ETH, or nearly $180, but had been higher earlier this morning. The NFTs initially sold for $99 apiece.

According to data from CryptoSlam, the highest Trump NFT sale so far went for 6 ETH, or about $7,400 at the time late Thursday. The NFT features a digital autograph from Trump, which just 0.16% of the NFTs depict. 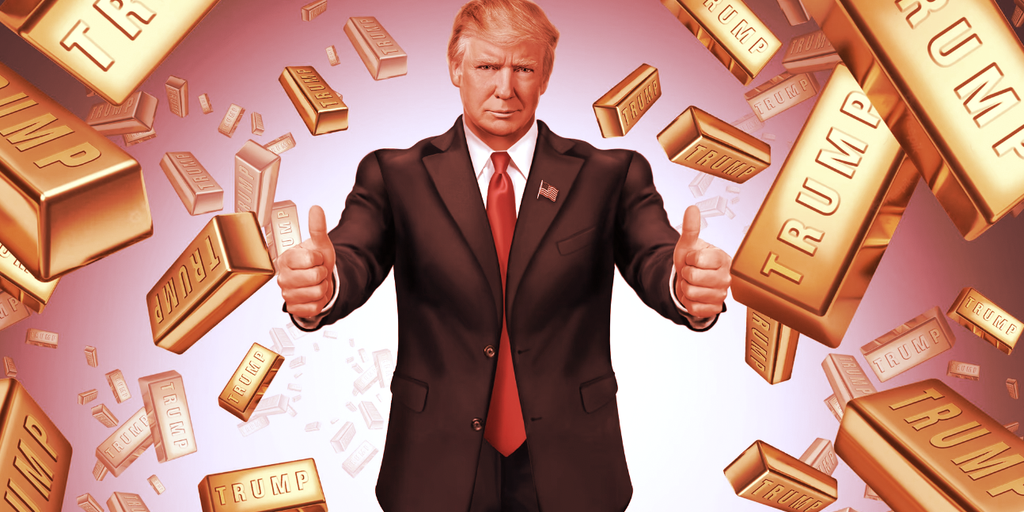 “I’ve spent $99 on much dumber shit,” one tweeter wrote to justify a purchase as the widely mocked NFTs sell out.

I am willing to trade in my Bush Jr Gi Joe action figurine with pictures of “Mission Accomplished” in his extremely handsome and bulging air suit for a Trump Trading Card. I know this sounds like I’m giving away the store but Trump is truly a ‘superhero’ look at the manliness of his outfit why it screams
“I’m your hero and only I can be your hero”?? Trade is even up unless you want my picture of Bush Jr with Rumsfeld with Rumsfeld’s quote of " Reports that say that something hasn’t happened are always interesting to me, because as we know, there are known knowns; there are things we know we know. We also know there are known unknowns; that is to say we know there are some things we do not know. But there are also unknown unknowns—the ones we don’t know we don’t know. And if one looks throughout the history of our country and other countries, it is the latter category that tends to be the difficult ones. "
To add this remarkable speech to your treasure trove, you will need to part with $1.00.

This is insane, but I think I love all of it.

A real life snake oil salesman. It’s hard to imagine how mentally challenged one has to be to buy this. L O L.

Au contraire mon frere, please do not chastise those who would buy my pristine Bush Jr gi joe action figurine. It has only been used three or four times in the rest room as I was salivating at the remarkable intelligence and commanding presence of our republican leaders who were fighting Saddam because he was the instigator of 911. We all know that - forget about all those Saudi’s. They are not important and neither was Osama. IRAQ will be far better off once we invade them and Trump is another fine example. 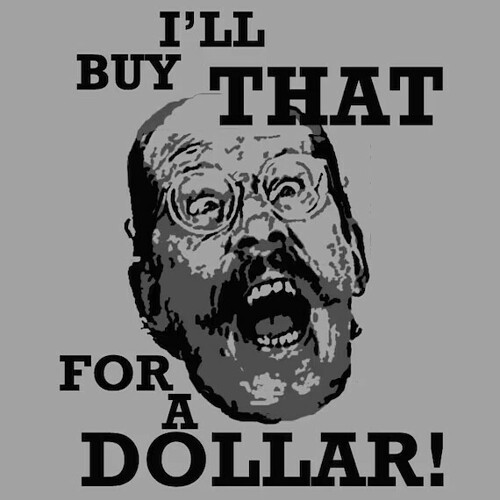