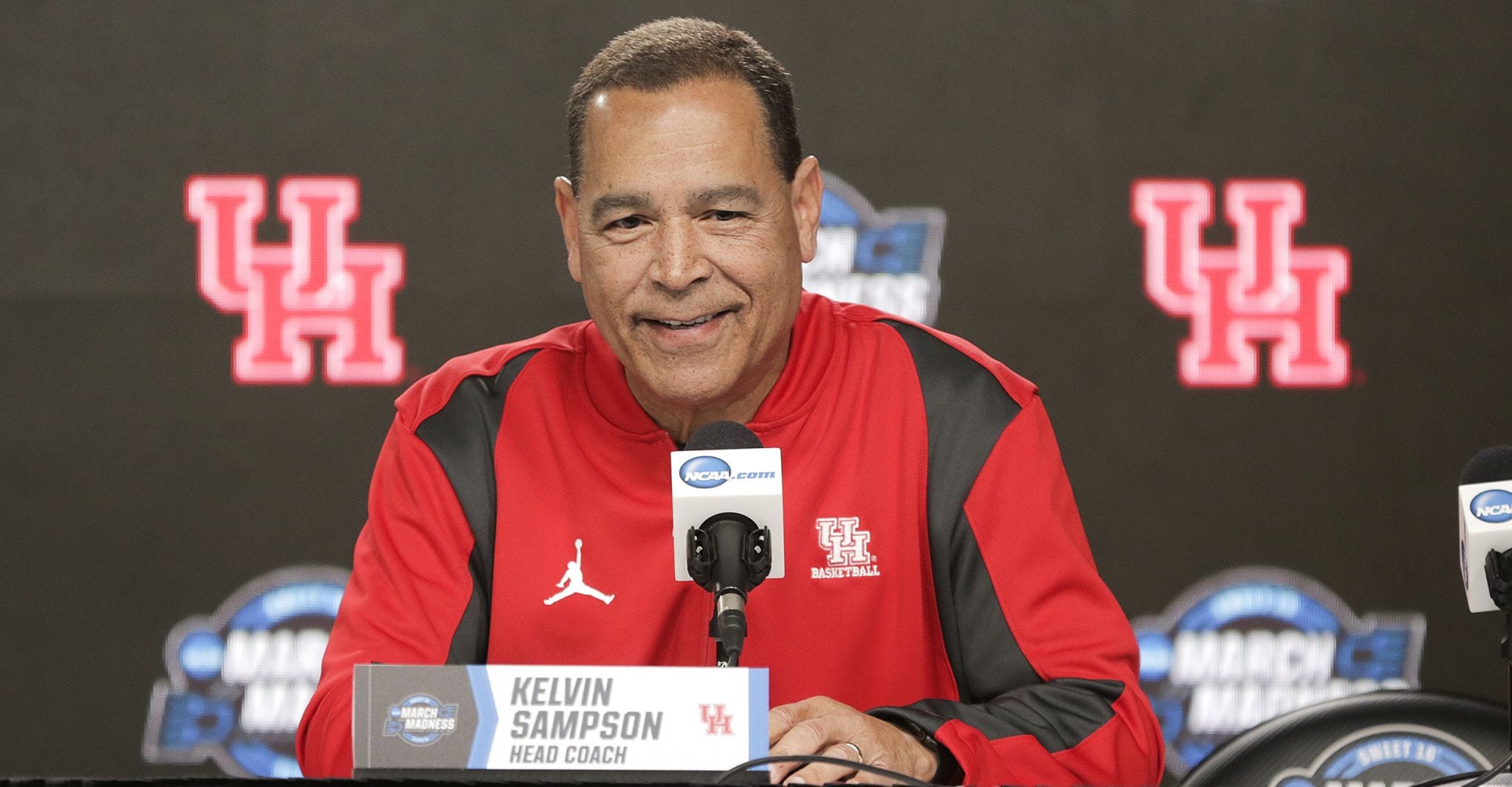 I usually like Jon’s stuff. He has Temple criminally low. And ECU will be in the hunt to finish dead last.

Rothstein’s chat with Coach Sampson is now up:

*Didn’t hear alot of talk about the incoming freshmen. It’s still the off-season, so we’ll see.

*He mentioned Sasser at PG. Maybe that’s some of the NBA feedback Marcus got. That at the next level, NBA, G League or Overseas, Marcus at his size will need to play PG. So maybe we’ll see more of that this year. Marcus being a distributor.

*He was asked, whos the identity of this team for next season. Last year, Rothstein mentioned it was Justin Gorhmam. Coach rattled off players, but CKS settled on Fabian and Chaney

Kelvin Sampson on the #CollegeHoopsToday Podcast: Houston's Final Four run, the depth of the American Athletic Conference, and what lies ahead for the Cougars in 21-22. bit.ly/2TmnJ3f

Another way to get the interview. Covers quite a bit.

Nice to hear Roberts being in the discussion. Dude is craaaazy athletic

Yes, I think Roberts will be part of the rotation more times than not. See him being FW main backup. When they go small during significant portions of a game is where he may see limited mins. He’s earned his time to Play!

Love the fact we have two 5th year seniors coming off the bench. Shead with them for defense.

Who will be the shooter and scorer on the second team?

Can’t wait to find out.

edwards has established himself, and there is a divide between our starting guards and rest… (sasser, edwards and mark)… i know shead has a fan club here but you can tell Sampson sees shead as still a work in progress. Questioned potential pg play of the team and thatll likely define the team…but shead will likely still get a ton of minutes as sampson refers to sasser and shead as the only pgs on roster and hopes 1 of them can step up to the role

taze and carlton are having a hard time picking something up but doesnt specify, makes a joke that they need to for the sake of the team

some young player is going to be unhappy with his minutes … all projected starting guards are the quiet type, so alot of our identity might come from the bigs

sampson talked about the schedule like it was finished, and talked about all the key games, didnt mention lsu so it all but guarantees that game is likely cancelled

Insert Robbie. He’s going to play according to CKS.

Sounds like Powell, Francis and even Walker might find themselves at the end of the bench with limited minutes.

Listening to Sampson is always great. He is so knowledgeable about all things life but I really love when we get some of the details about the players. Seems to me we are waiting for Sasser to take the lead role at point. Nothing wrong with people believing in what Shead will be, but of course that doesn’t mean he is ready. He has to develop and show it on the court. We have only seen flashes and think we know what he can do. Looking forward to seeing what he does after gaining some experience and a full off season.
I don’t expect new players to embrace or understand our culture from day 1. That’s what makes this program special.