Official AP Poll is released on Monday; Coogs will have at least a couple of votes as Kirk Bohls put us at 23. Has USF at 10 and SDSU at 25.

I filled out my Associated Press Top 25 preseason football ballot a couple of weeks ago, and as usual I didn’t start it off with Alabama. It’s tradition. Well, four years in a row if that counts as tradition. Advertisement I did break with tradition...

Something is brewing at Cullen, perhaps whispers on how UH camp is progressing. Yeah it’s Texas schools biased but its all dandy . It would be fantastico starting top 25 two years in a row . Go Coogs! Totally the #20 team in the nation. The University of Houston was listed on four ballots in the preseason Associated Press Top 25 football poll released Monday.

Pat Dooley of the Gainesville (Fla.) Sun had the Cougars the highest of any ballot at No. 14. Kirk Bohls (Austin American-Statesman) and Matt Brown (Sports on Earth) had UH at No. 23 on their ballots, while ESPN’s Rece Davis listed the Cougars at No. 25.

UH is unranked in the initial poll, mentioned in the “others receiving votes” section with 19 points.

Here is the 'others receiving votes' section in preseason @AP_Top25 poll https://t.co/8W2qA2FPbQ 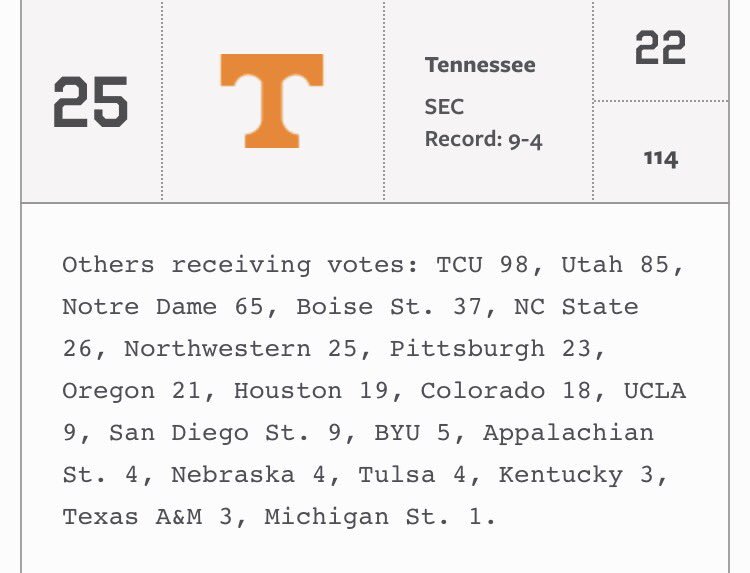 Florida State will start the season No. 3 in the AP Top 25. The goal of the AP preseason Top 25 is not necessarily to predict the outcome of the season as much as it is to give a snapshot of consensus heading into it. The…

__ 15.4 teams started ranked and finished ranked (61.6 percent). Average movement for those teams was 6.34 places in either direction._ 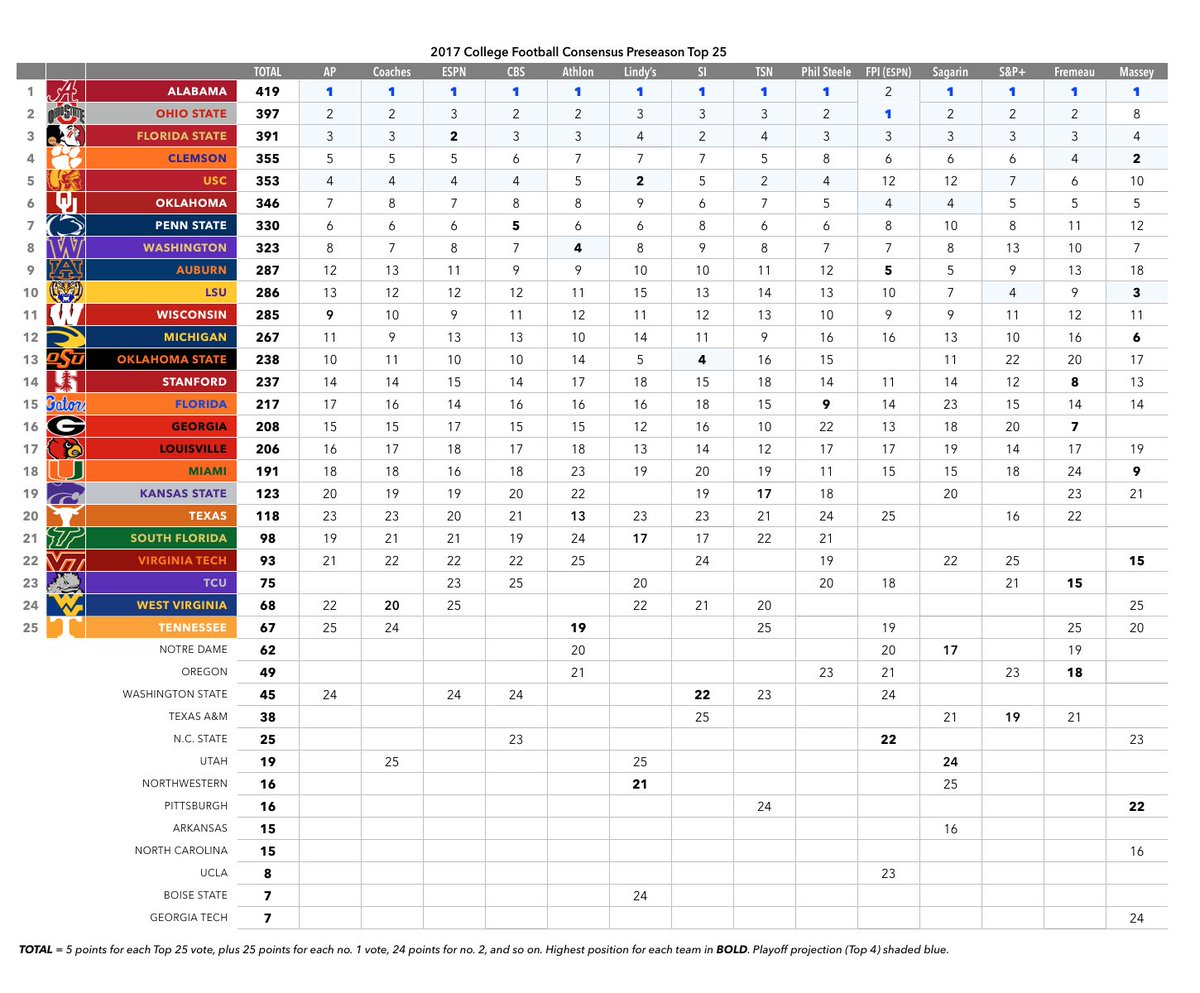 All @AP_Top25 votes in one image. Well done to new voter @IndySportsHutch who had the most consistent ballot in the poll! https://t.co/t3Fm5sjJv5 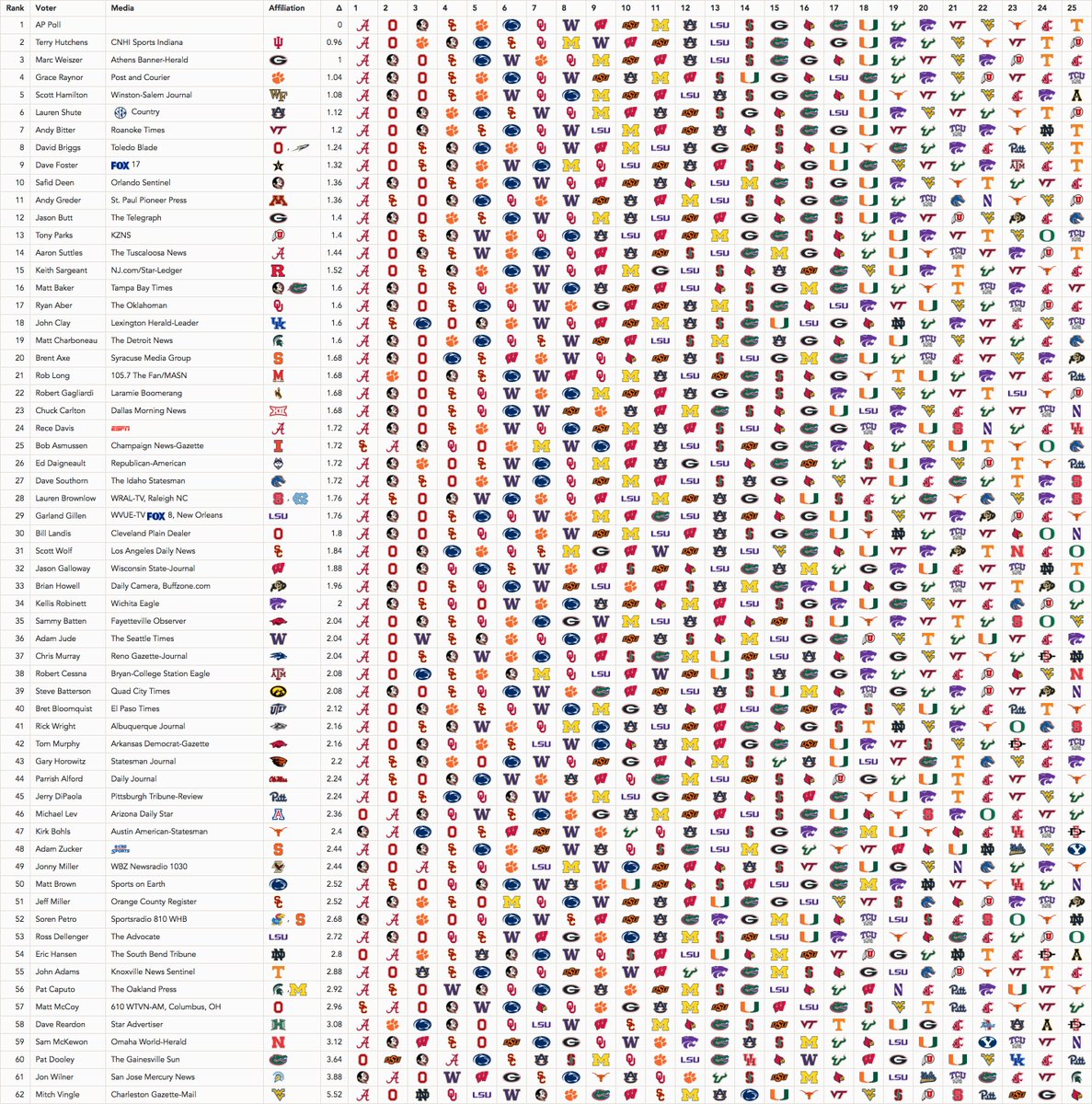 Which College Football Teams Are Always Overrated in August?

In addition to Notre Dame, that is.

Over the past two decades, Florida, Florida State, Notre Dame, Penn State and Texas have fallen from their preseason ranking by season’s end with greater frequency than every other program in the nation. From the first AP poll to the last, each of the five teams has underperformed its preseason ranking in 14 of the past 20 seasons, or 70 percent of the time. LSU, Nebraska and Ohio State are right behind, having underperformed expectations 65 percent of the time.1