Are mid-majors going to get hosed? 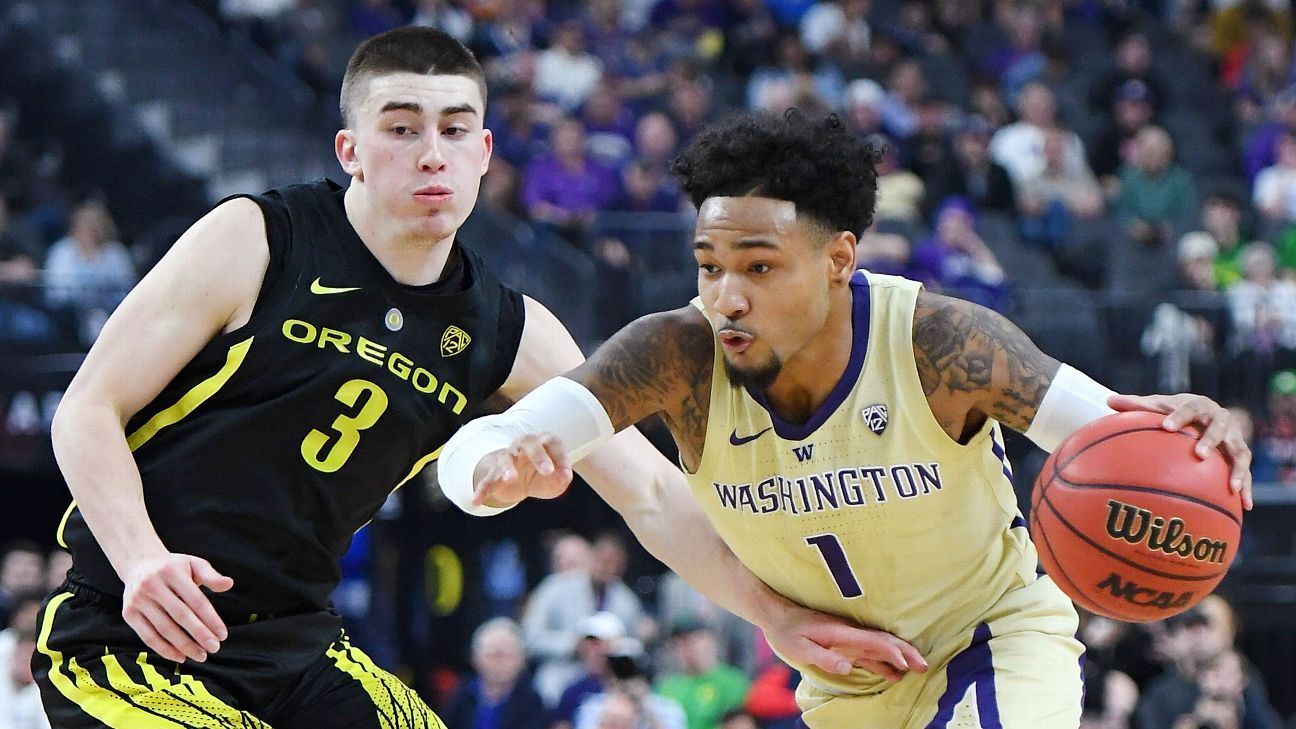 Bubble Watch: Which teams could be left out

Here's your updated source for all of the latest on the NCAA tournament bubble.

This is a good year for mid-majors, specifically Wofford, Gonzaga and Buffalo who are having very good years. If this isn’t the year mid-majors get some respect, then it’ll never happen. Unfortunately, I could see the “never happen” being the reality

It is built into the “System” !

American is basically a Major Conference in Basketball…

The ‘fringe’ mid-majors (those legitimately on the bubble) could get hosed. But teams like Gonzaga, Houston and Nevada will be seeded appropriately, IMO. Coogs have probably already clinched no worse than a 3-seed. They’ll easily move to the 2-line if they win out, and (with a little help) could get to a top line. More and more we’re seeing how little the conference tournaments matter in terms of tournament seeding, especially for those that are already near the top of the heap. So, I believe Coogs’ eventual seeding will be determined by how they do in their next three games only. Win out and a No. 2 is a solid probability (with the potential for a 1 if they get some help). 2-1 locks them in to a 3-seed. A 1-2 mark might also still be good enough for a 3-line as long as the win comes against SMU.

But who are we kidding? This team isn’t losing two of their last three games!

ESPN says we are, so we are.

Of course they’ll get hosed. They always get hosed. ESPN knows it and is flaunting it in everyone’s faces.

Baylor a “should be in”?! Why? Because of their losses to Texas Southern and S.F. Austin? J**** H *****…they played nobody of note in non-conference play with their best wins vs Alabama & Oregon…two teams even this article acknowledges aren’t tournament teams!

The B12 should be a 4 team plus the autobid conference. If I had to put money down today I’d lay it on 6 thought cause that’s what the cartel does every year.

We could realistically have 5 bids every year if some of the better programs live up to their potential. UCONN, Memphis, UH, Wichita State, Cincinnati. Not including the teams that could surprise. USF, SMU, UCF, Temple, Tulsa

The AAC is not part of or considered part of mid-major conferences. If you looked up mid major confs they would not be tied into that grp, nor have they have been. They are in the Major 7 Confs, quoting what Sirius College Sports calls the group frequently. Most Mid-Major Confs are 1 bid league or 2 bid at most. AAC does not fall into that category.

Basically it’s the Power 5 that composes the Football group plus AAC & BIG East to make the Major 7 in Basketball!

in basketball there is still a p5 (and then major 7 and then mid major). The p5 are in the major 7, but they are also thought of as a separate entity.

I understand where your coming from. But in basketball talk among the analysts, writers etc you never hear it called P5 for Basketball comparisons. Bilas, who I respect for his bball expertise could have said it in different way I believe. Now the AAC is rated 6 or 7 among the 7 Confs so he could have brought it up in that type comparison. So for AAC & BigEast even though I hate the phrase will go with they are part of the:
YaWoo 2 Conferences.

@Jayyram We aren’t a mid major.

It has happened. Five years ago the A-10 conference sent six teams to the tournament.

There is nothing more insulting and condescending than the term “mid-major”. A term created by ESPN.

@Jayyram We aren’t a mid major.

Get serious…everybody knows it’s the P5 and then everybody else. If you aren’t in a P5, you’re a mid-major…end of story.

That’s not how the term is used.

Don’t have this argument with me, please. It doesn’t matter. Tomatoe-Tomato…who cares? You should get my point.

That’s not how the term is used.

Don’t have this argument with me, please. It doesn’t matter. Tomatoe-Tomato…who cares? You should get my point.