Are We On The Precipice?

This a DEFCON 4 article where Putin head is with us on the geopolitcal situation involving Ukraine.

Russian Citizens Are Now Being Prepped for Nuclear War

Russian state TV is increasingly hysterical in its forecasts of an upcoming war, warning domestic audiences that the conflict could even become nuclear.

I do think our pullout in Afghanistan sent a message to the world that we are weak and we lack resolve. It was a dumb thing to do.

I don’t think withdrawing from Afghanistan was weak, but how we did it. It seemed totally uncoordinated and the taliban seized on it.

I am really not sure what Putin is doing or if we are doing anything behind the scenes to give Putin a reason to Sabre rattle.

Pulling out of Afghanistan was the right thing to do as we became oil independent…but pulling the military before your people and Billions of dollars in advanced weaponry was quite Bidonish….everything he’s touched has turned to crap

We are no longer oil independent.

And for that matter, what does oil have to do with Afghanistan, or pulling out of it?

I spent nearly two years of my life in that country, and never recall seeing any oil production or even crude oil transportation or development there. Not even close.

The War in Afghanistan had NOTHING to do with oil. Believe me, I say that as a two time Afghan War veteran veteran and former South/Central Asia Foreign Area Officer.

We sure as Hell weren’t there for anything related to oil, regardless of what you might believe or have heard to that effect.

Oil? Don’t remember oil in any conversation about Afghanistan.

And as I said, I don’t recall seeing ANY oil production when I was there.

That was a really BIZARRO comment by the guy that made it.

We are human. We’re always on the precipice of war.

That was a really BIZARRO comment by the guy that made it.

Afghanistan strategically places you closer to oil fields in Iran. The 2008 election stopped the grand plan to invade Iran for its oil. The 2016 election put a nail in its coffin.

Afghanistan became a massive hole where billions and billions disappeared. Massive military contracts and unrestricted corruption. It needed to end. Glad the CIC saw it that way. 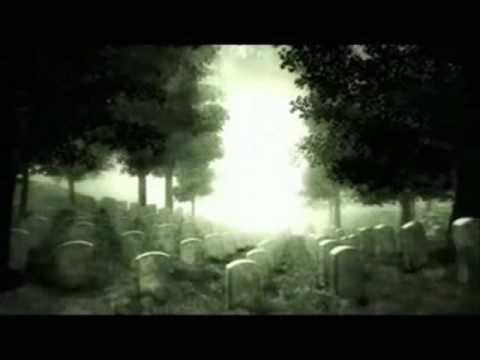 That’s a load of nonsense. There was never ANY such plan under serious consideration.

We were never close to invading Iran.

If anyone thinks that, then they’ve been smoking peyote.

Neither the 2008 nor the 2016 elections affected that, because such a thing was never in the works, and I can say that as someone who was an Active Army Officer during both of those elections, and during four different administrations. At levels all the way up to the Army HQ at the Pentagon, and the ISAF HQ in Afghanistan.

Sorry, but neither Bush, nor McCain, nor Obama, nor Romney, nor Hilary, not Trump ever had an invasion of Iran in mind. You’re a damned fool if you believe that.

Where did you get that nonsense from?

Truth be told, Obama escalated the Afghanistan war more than any other President (it was under Obama that we reached 100,000+ troops in Afghanistan), not anyone before or after. Trust me, I was there in 2011 when the surge was at its peak. Guess what? At no point when we were there was launching an invasion of Iran even discussed. The whole focus was counter-insurgency, mostly in the East and South on the opposite side of the country. By 2014 we were down to 30,000 troops and again, no one was so much as even discussing an invasion of Iran. It was counter-insurgency and transition at that point.

And at any rate oil had nothing to do with us either going into Afghanistan (that was a result of 9/11), or withdrawing from it.

I know that Bush did consider launching air strikes at Iranian nuclear plants, but that’s it. No ground invasion, and no plans to take over Iranian oil fields were ever in the works, least of all from Afghanistan.

If you’ll go back and do some homework, you’ll learn that most of our operations in Afghanistan focused on the Eastern and Southern portions of the country near Pakistan (NOT Iran) against the Taliban and similar enemies…….that is to say, most of our forces operated the OPPOSITE side of Afghanistan. They were in no position to invade Iran because that’s not why they were there. It was never in the works.

If you truly believe that we were ever contemplating invading Iran from Afghanistan, then how do you explain the fact that most of our troops were on the other side of the country chasing ghosts, NOT massed on the Western border for an invasion of Iran?

I’d like for you to riddle me that one Batman.

Pretty ignorant and false theory on your part.

In case you are skeptical, look here:

It shows our KIAs by province in Afghanistan.

If we were planning to invade Iranian oil fields from Afghanistan, then why were most of our troops fighting and dying on the OPPOSITE side of the country?

I’ll give you a hint: because they weren’t there to stage for an invasion of Iran; such a thing was never in the works.

They were there to fight the Taliban and other similar enemies, most of whom were on the other side of the country, and that had NOTHING to do with oil, much less Iranian oil.

It sounds like you didn’t completely understand the mission

Oh trust me. As someone who was there, I understood it far better than you.

If you think that oil had ANYTHING to do with the War in Afghanistan, then YOU don’t understand the mission there…or perhaps don’t have any idea about it whatsoever.

We didn’t go in for oil. We didn’t stay for oil, and we didn’t withdraw because any sort of “oil” related issues had been resolved, simply because oil related issues were never a reason for our operations in Afghanistan in the first place. While over there, we fought the Taliban and other similar enemies, NONE of whom had oil. Oil was never an objective, nor was securing it/obtaining it/gaining access to it a part of the mission. That’s a load of crap. And contrary to what Acres incorrectly/ignorantly asserted, we weren’t there to prepare for an invasion of Iran or to be in position to seize Iranian oil fields. Our troops were mostly on the opposite side of Afghanistan from Iran, doing NOTHING related to Iran, much less planning to invade it, and fighting enemies that were in no way involved in anything related to oil. In other words, you and Acres’ assertions on that were just NONSENSE.

As someone who regularly sat in on briefings at the ISAF HQ in Kabul with the ISAF Commander, I can tell you straight up that nothing related to oil was EVER discussed. It was NEVER a part of the mission, contrary to whatever false BS you might like to believe to that effect.

As I said, I’m not sure where you got any idea like that. You’ll have to let me know, so that I can examine it, because I’m guessing that you either a) heard it from a source that has no idea, and as such, isn’t credible, or b) pulled it out of your gluteus maximus.

I’ll allow you to inform me as to exactly which it is.

When historians write the book on Afghanistan, they’ll show that twenty years just wasn’t sufficient time to accomplish the task of determining where Iran is.

We were so close.

Also, you don’t smoke peyote. That would destroy the mescaline. So anyone who is smoking peyote wouldn’t be hallucinating, they’d just be morons. Which means your analogy is still very much valid.

The way we ran out of there as the Taliban moved in made it look like we were scared. Oh wait we were scared. Then begging them to allow safe passage for our folks left behind show you just how weak we are.

No, it did not how weak we are, just how weak our current leadership is. Too much emphasis is on social engineering and not enough on actual objectives of a military.

The lesson from this war or any war is that you don’t go to war unless you are prepared to be there for generations to come. The real question is “ok we won, now what?”.

If you pack up after you topple a dictator, you leave a vacuum and the people that supported you are the targets of the enemy that is left behind. Which leads to reprisals and counter reprisals which creates generations of people who hate the United States.

You have to be willing to stay for as long as it takes for everyone to have only known what its like to live under an American type system. Otherwise you have done more harm than good. Plus you have sent clear message to our enemies that you just have to wait us out.

20 years? That is a blink of an eye in the history of most parts of the world.