Are you Q? Are you stupid? 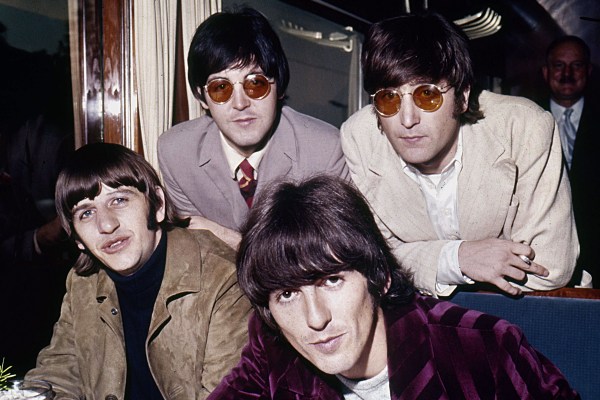 QAnon Followers Are Arguing if the Beatles Were Involved in Witchcraft and...

Followers of the fringe movement think Paul is dead, John was assassinated by communists, and that the group normalized child sacrifice

I can’t even with these brain dead morons. These people walk amongst us. I would bet, some even post on this board.

If you play the record of the Cougar Fight Song backwards, it says UT is the Devil.

No doubt their are Q believers here. They post among us.

Am i doing Q right?

You didn’t mention Hillary, deep state, or pedophilia, so not yet.

I see your post and raise you a pizzagate.

I only eat my pizza from pizzagate approved vendors. There MUST be pedo stuff going on in the basement for me to enjoy my pie.

A dude actually put on combat gear to break up a poor mom and pop pizza place in NYC, because of these idiots. And yes, they are idiots. If you follow Q, you’re an idiot.

I asked multiple people their thoughts on Q. Only one responded with a halfhearted some of their stuff is crazy kinda response.

I can tell you it’s crazy and all incorporates various conspiracies and hate from throughout history such as the various anti-semetic stuff Kanye was spewing. Plus it can even get into aliens, financial reset and all sorts of crap.

Yet some 20% of the country believes in its conspiracies.

Why did the Beatles have an A in the name? Was if for Anonymous? John Lennon and JFKjr must be Q.

I don’t find it surprising some on the board give a half hearted denial. They know who they are.

Paul has been dead for 40 years! The current guy, with the same voice, musicality, and general demeanor is an imposter!

Yes, I’m talking to you Q-fans, on this very board. You’re right to feel the redness in your face that comes from shame.

They’re not intelligent enough for shame

People devoting their time, effort and lives to be idiots. Practice makes perfect.

Somewhat related, primarily the stupid part, some of the MAGA crowd that occasionally post in this forum are trying to defend Chris Beard’s actions. Even brought up Jesse Smollette and Duke lacrosse. Straight from Fox “News”.

Is Musk serious or trolling? smh

Next they take down Sylvester Stallone… 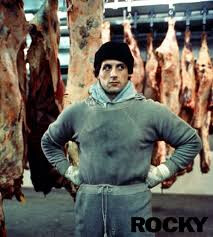 I mean, look at how he tucks his sweatshirt into his sweatpants. If that doesn’t scream pure evil, I don’t know what does…

The media sure burns a lot of calories over this ‘larp’. It makes me wonder why that is the case.

Because Q-Anon inspired a lot of lunacy, and not an insignificant amount of violence. And is responsible for much of the whole “groomer” narrative the Right is in love with. Now Musk is teasing some symbols and language. Swell.

Pages for logged out editors learn more QAnon[a] (/ˈkjuːənɒn/ KYOO-ə-non, /ˈkjuːænɒn/ KYOO-a-non) is an American political conspiracy theory and political movement. It originated in the American far-right political sphere in 2017. QAnon centers on fabricated claims made by an anonymous individual or individuals known as "Q". Those claims have been relayed, developed and supplemented by numerous communities and influencers associated with the movement. The core QAnon conspiracy the...