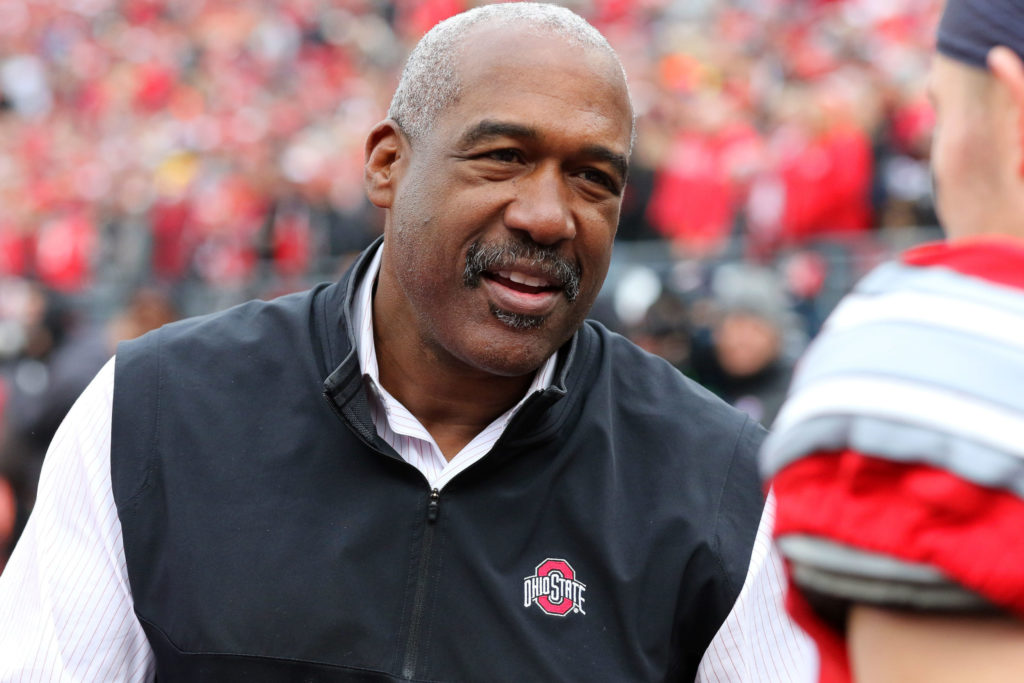 As college football's number of Black head coaches stagnates, one...

Inside the MCAA's mock interviews, an exercise helping to train young minority coaches and expand their professional networks.

“I did not know Doug Belk,” Smith said. “I’d heard of him, but I didn’t know him, never interacted with him. Now, if someone calls me, I’m giving them his name as somebody they need to talk to.”

I just hope we can keep Coach Belk for a few years. Interesting how so many that start on Cullen Blvd end up being hot prospects.

Need to interview administrators of color - not ADs persay, but support staffers who are doing way more with less resources but it’s easier to become a head coach at the P5 level in some cases than a staffer who is trying to get into administration unless your hooked up or came up in the system.

Coach Sampson in a recent interview has asked his fellow black coaches to talk to the AD’s at their schools to start a program that hires a male and female in the athletic department to increase the representation within the athletic departments. He talked about creating such a program with Pezman and mentioned that Galen Robinson would be a perfect candidate if he ever decides to hang up the sneakers with basketball.

I’ve always had the opinion that you hire the best person possible for the job. No where in that thought process (mine at least) does skin color come into play.

Given the number of black coaches relative to black players, that approach obviously isn’t working.

well I guess it needs to be determined if the “approach” is to hire the best candidate, or just increase the number of black coaches. Just because there is an unequal amount of black athletes compared to other races (a point that gets ignored in this argument of equality for some reason?) doesn’t mean they are all best candidates for or have experience to be a head coach.

In fact, that point gets argued often here on this board - see Penny Hardway / Clyde Drexler / any number of former players who attempted to be coaches.

It was interesting that Belk interviewed with 3 ADs and the Parker Search Firm. I think it’s more a case of getting to know good young coaches. Parker probably had no idea who he was, now he’s on their list. I believe that Doug is a future star in the coaching world.

I think there’s a lot of “who you know” in hiring head coaches. This program will help with that a lot.

There are only 11 black head coaches out of 130 FBS institutions while blacks comprise about half of college football players and assistant coaches. Clearly there’s something amiss, and I don’t think it takes a rocket scientist to figure it out.

not arguing but, what are you suggesting?

that there are more qualified black coaches, but universities are purposely not hiring them in order to employee white coaches?

I just have a very, very difficult time believing that with how much money is at stake here.

More that they hire retreads over prospects. That will slowly change

Very likely some truth to that though it doesn’t really explain the paucity of black head coaches at G5s that often hire assistants. I’d guess it’s a little of both.

It makes no sense for so few African American as H.C.'s in the FBS and the NFL. At the same time we want to make sure that no “quota” is being put forward. A deserving coach regardless of their skin color should be given the chance to be a H.C. at any level.
The fans have to put the pressure on the faculty and the local franchise. The NFL is the best example. We have 32 teams and how many are historically successful? At the same time you see the same re-treads year after year.
This is another great point from Jim Trotter. Jim is of the very best at what de does. Pretty good question and for a HC that has had that job a long time.

This is interesting. A big uptick in black D1 coaches being hired this spring.

A majority of the men's head coaches hired thus far are Black, addressing a serious problem in the NCAA ranks.

and what franchise did the Rooney family owns? Remember the Rooney rule?

This adds to what Jim Trotter had to say(write) about Tomlin.
https://newsinfo.iu.edu/web/page/normal/17626.html

It doesn’t appear Gumbel ever asked that question of Mike Tomlin back in February. But it would have been an excellent question for him. Tomlin did reference other coordinators who never got an opportunity or haven’t to date. You do need more coordinators in the pipeline if you are going to have more HCs who are black. Gumbel should have asked Tomlin that question.

In my growing up years I knew the Rooney’s. My dad was good friends with the original (Art Rooney). Dan wasn’t his dad, but he did get that rule in. It probably has made the league more aware, but I remember candidates speaking out that they felt like they were going through the process because of the rule, but they weren’t real candidates, just being interviewed because of the rule.

If MLB would have had such a rule after Jackie Robinson broke the barrier the same would have probably resulted. You get more by pumping the pipeline. Overall, sports teams want to win, and they win by choosing the best for they feel at the time. The more in the pipeline, the more you have at the top end positions.

Here is a good article about the decline of blacks in MLB from a high of 20% in 1980 down to around 7%. A lot of good points regarding that decline and considering that baseball is as diverse as it has ever been even with a significant decline of African Americans being high.

According to SABR, there has been a decline of African American players in MLB nearly every year since 1981, and by 2016 that number plummeted to 6.7%, the lowest percentage since 1957.

Baseball has more black Dominican, Cuban, and Venezuelan players than black Americans. I’m not aware of any NFL players from those countries.