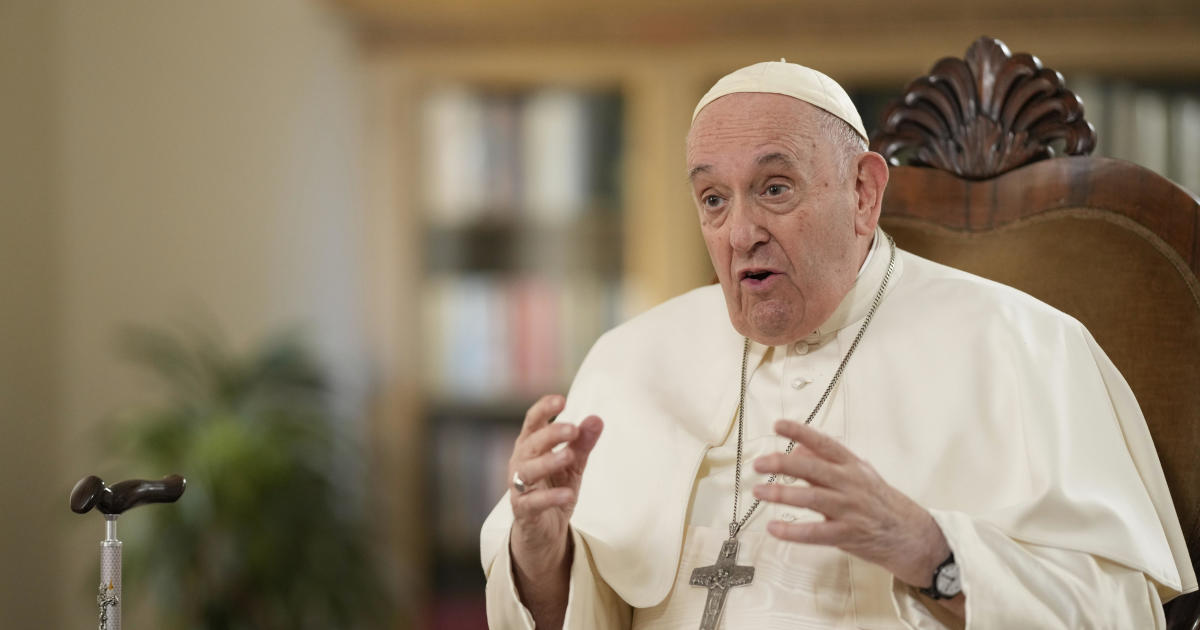 Pope Francis says homosexuality "is not a crime," but gay sex is "a sin"

The Catholic leader spoke about laws discriminating against LGBTQ people, his health and his predecessor in a wide-ranging interview with the AP.

Great! Now do you agree that government has no business sanctioning sin behavior just crime behavior?

Some activities which are sinful should also be (and are) illegal and criminal.

What about child rape? The cover up?

"“We are all children of God, and God loves us as we are,” he told AP reporter Nicole Winfield at his Vatican residence.

Pope and the Vatican has no moral legs to stand Imho. Considering the Papal Bulls sanctioning of wiping out native people and taking their land along with sanctioning Africans to slavery, Spanish inquisition, all the chicanery and skullduggery and immoral behavior that has gone on behind the Papal walls. No he’s no icon of moral virtue considering the history of the Catholic Church.

It does not mean we should support gay marriage. It just means we should get rid of laws that criminalize it. Which I agree with. Also it should not criminalize those whose beliefs it offends like the Cali baker who refused to make a gay wedding cake.

How can a cake be gay?

Was it unable to remember the character name of some blonde on “The Love Boat”?

I agree. Gay behavior is a sin, just like cheating on your spouse, or stealing from your neighbor.

Should gay behavior be punished by government?

You can argue cheating on a spouse causes damage but that’s what divorce court is about.

Who could sue for damages for gay behavior?

Who are you to judge? Are you our savior? Are you the one who passes down ultimate judgement?

I judge you as not qualified, and condemn you for you condemnation.

Get a life, Puritan. We’ve moved on from your mindset.

You know what is a verifiable sin? Violating the 9th commandment, which you do over a dozen times a day.

Stop trying to be pious. You aren’t.

And the church supported this guy… 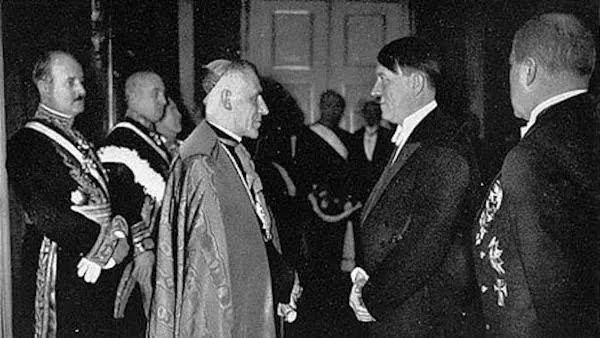 You know the crazy thing about the Papal Bulls and other atrocities they engineered and supported not once have they apologized or withdrawn their Papal Bulls or evil they’ve precipitated, not once. People think their some moral authority in the world. Christ wouldn’t even recognize this monstrosity as his church. Satan’s principality indeed.

There are so many awful things that are allowed and overlooked in the bible its amazing people still believe that tripe.

“By their deeds you will know them. Does a man gather grapes from thorns or figs from briars?”

So many people just accept a religion because they were brought up in a family who worships a certain religion they don’t think twice about why they believe in it… Not just so called Christian Muslims Jews, Buddhist, Hindu etc.

Not everyone who says to Me, ‘Lord, Lord,’ shall enter the kingdom of heaven, but he who does the will of My Father in heaven. 22 Many will say to Me in that day, ‘Lord, Lord, have we not prophesied in Your name, cast out demons in Your name, and done many wonders in Your name?’ 23 And then I will declare to them, ‘I never knew you; depart from Me, you who practice lawlessness

I call that hypocrisy.

Actually, the Bible says that Moses was ten cubits tall. That puts him at about 15 feet Pharaoh, at one cubit, would have to be the size of a cucumber 1ft.

Now who believes that? Bible is allegorical in a lot of it’s passages also it’s history, allegories re used quite a bit especially in the old testament. How many people take time to read or understand this? Not many. They just blindly accept. Moses 15 ft tall Pharaoh 1 ft.