I hope we’re nearing the end of this saga but there’s a buzz about an announcement by the Big 12 for next week…as of now, what being thrown out there is BYU is the most likely invite, and the second invite is up for grabs, Cincy being the front runner in the rumor mill. UH and Memphis not being considered.

This buzz has been cyclical (one day it’s on, next day expansion is dead), but has picked up steam foe next week.

I’m not counting out UH but anyone else heard anything out there?

Just the same rumor-mongers digging up the same/new rumors.

Well unless their conference phones are tapped … then all those rumors are about as valuable as …

BYU could very well be #1 on Big 12’s list, but zero chance they actually join. The Big 12 wants BYU more than BYU wants them.

TLEV where do you get that info from?

BYU doesnt REMOTELY have the votes to get a bid, and likely neither does anyone else…There will be NO Big 12 expansion, i think…OU has all but given up on the idea, and basically will get none of what they wanted to try and help stabilize the league…OU seems more and more likely out the door in a few years, with Big 12 fracturing the result.

Vanquish the foe (BYU SBNation Site) does a rundown on next week’s Big12 conference call: 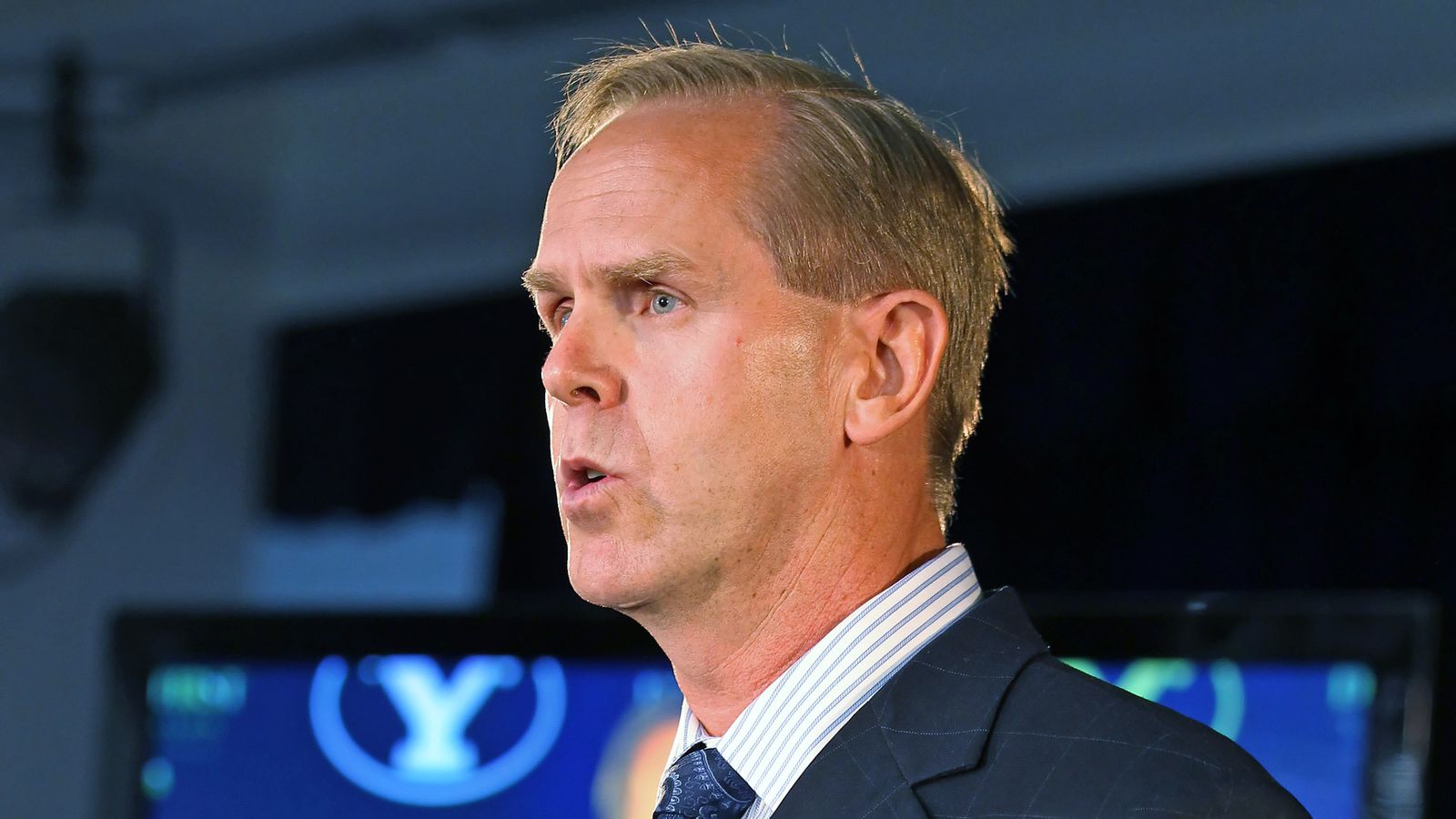 Once more, with feeling.

Putting aside what I can say I know with my reporter hat on, my educated guess is that there is still not unanimity within the conference about wanting to expand, with Texas leading the way, and a small number of other schools remaining skeptical as well. Other factors, like figuring out the TV financial implications of possibly going to an eight conference game schedule, who the 12th team would be, political factors, and more, make achieving consensus difficult.

Matt Brown appears to be grasping for straws and practically admits that it doesn’t appear promising … or … the last throes of a death rattle.

When he actually ask if anyone else has heard anything otherwise … you know its time to head back to the barn and call it a day … expansion-wise.

I suppose the Big 12 could actually announce something in late August about a future expansion that they have successfully managed to keep under the table, until their summer meetings, but i really doubt it…Their members all seem to delude themselves into thinking that even if Big 12 fractures, Texas or OU will take them with them or something…and EVERYBODY will be fine…crazy thinking…
our focus should be on membership in another league…we need the Big 12 to fracture…and sooner rather than later…i have grown sick of even hearing about the Big 12. My only interest is listening for that death rattle mentioned by PAWS.

It seems that some of the BIG12 teams fans have posts similar to the Baylor posts on who their next HC is and how they will continue to be a P5 elite team.

When (not if) the Big12-4+2 fractures, Baylor will be just one of several casualties!

I have about decided that the Big12-4+2 will not expand at all. I think all their members are walking a tightrope with different hopes and fears.

All the rest - they could band together and vote to expand and hold a conference championship game, but now they can do the latter without doing the former, and voting to expand would anger uta, which they are all afraid to do! So they sit quietly, staring into the abyss, hoping to hold things together as long as possible because they all know they probably have no other place to go.

That conference seems to be a dead man walking!

Of course, I could be wrong, but I doubt it.

Peterson: Big 12 expansion about to become a non-issue

Don’t get worked into a lather about whether or not the Big 12 Conference finally will announce closer to expansion’s overly drawn-out conversation.

On Dallas radio this morning they said no way Houston gets in and kept referring to us as a commuter school. I cant stand when people who have no clue about the culture or the big things happening on campus at UH continue to describe us as a flash in the pan commuter school that doesn’t belong. This irritates the ever loving sheet out of me.
The reason we are not in is political and THEY are scared of the power that would be Houston in P5! These guys on Dallas radio have no clue about UH and its culture. For that matter Houston radio is not any better. Those guys are even worse. Our day will come but tired of waiting!

Which is why I gave up listening to radio YEARS ago … even on the highway now that I have WiFi and can connect to ESPN via my iPad.

Interesting that Tramel Bohls and CowChip have all three recommended us for admission and these are writers the closest to OU and UT.

As for “getting in” it just a matter of time if one listens to EEU aldineblue or itcoog or our coog bong bro with the chicken bones.

Dallas is jealous that they don’t have a legitimate close university that can come close to entering a P5 … they can’t even claim TCU which belongs to Ft. Worth.

Not certain all the hoopla radio or media about expansion … all the signs POINT to a BIG DISAPPOINTMENT if anyone really believes the Big12 is going to add anyone … soon.

The moment you said Dallas radio, I knew the crap that was going to be said about us by them. It is the same rhetoric that has no bearing any more, but if they keep shouting it, people will take it as fact until or unless they come visit our campus(for a game) and see for themselves. I’m done trying to convince people that we are not the same UH of yester year. It is what it is with that. We know who we are and what we are becoming. I have faith that in time, we keep doing what we are doing(win, win, and win!!!). They can say whatever they want, but we will not be denied no more. “Look around you, Coog Nation is back!”