I’m going to start putting each day’s links into its own daily post to help better track. Again, apologies if any of the following were linked previously:

Today’s links feature Justin Timberlake, a MAC/Bachelorette mash-up, UCF touting itself as a potential monster (after bad seasons in just about every sport), the floating of Tulane as a legitimate option, and a back-handed article from Lubbock that touts the Cougars the best option of an ugly expansion lot (always has to be a Texas Tech guy). 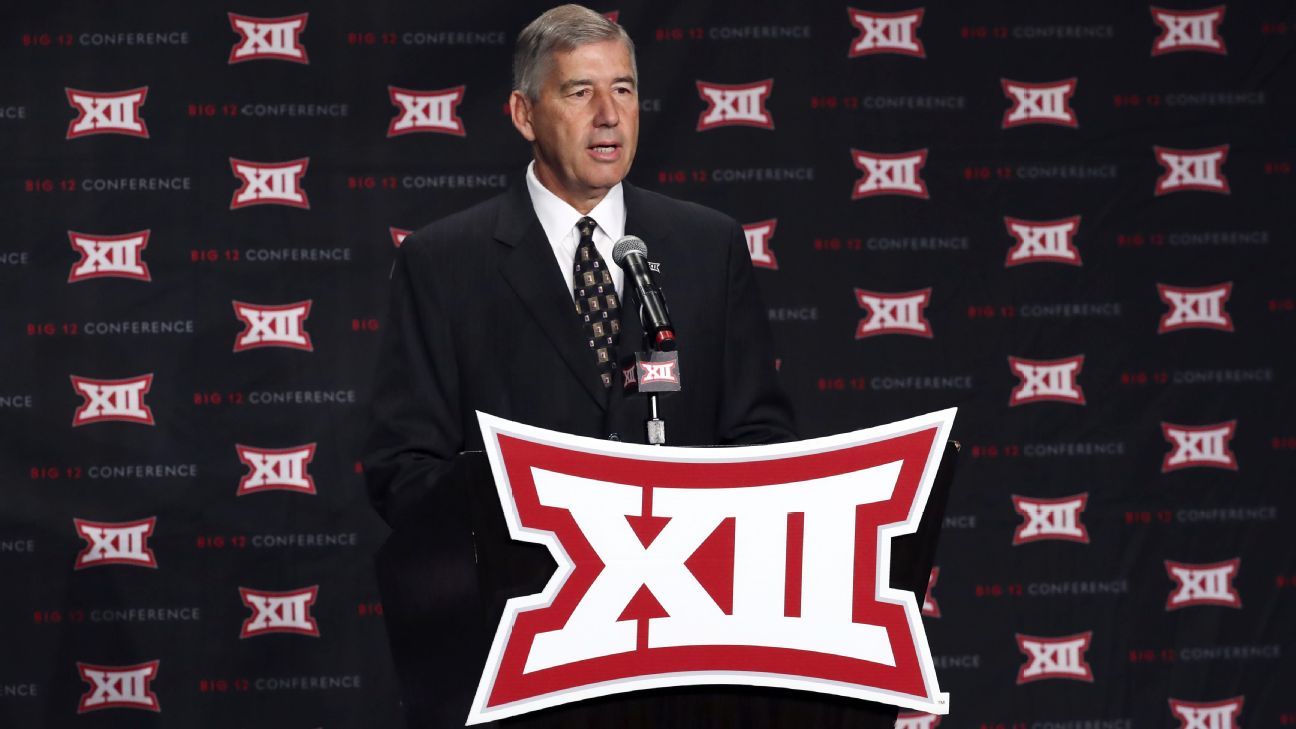 Moving forward, Big 12 can learn from looking back

The Big 12 survived trying times five years ago, with numerous schools departing. Here are several keys for the Big 12's health as it plans to expand.

Pick candidates for the long-term. Credit this piece of wisdom to TCU coach Gary Patterson, who traversed these waters with the Horned Frogs in the most recent round of realignment. And TCU, which established itself as a winner over a decade before the Big 12 called, offers the most notable success story among the programs to move into the Power 5. The most obvious parallel to Patterson’s program is BYU, with its impressive track record. Just as notable is the comparison to Houston, a hot name with a trendy coach. Is it a quick fix, though? 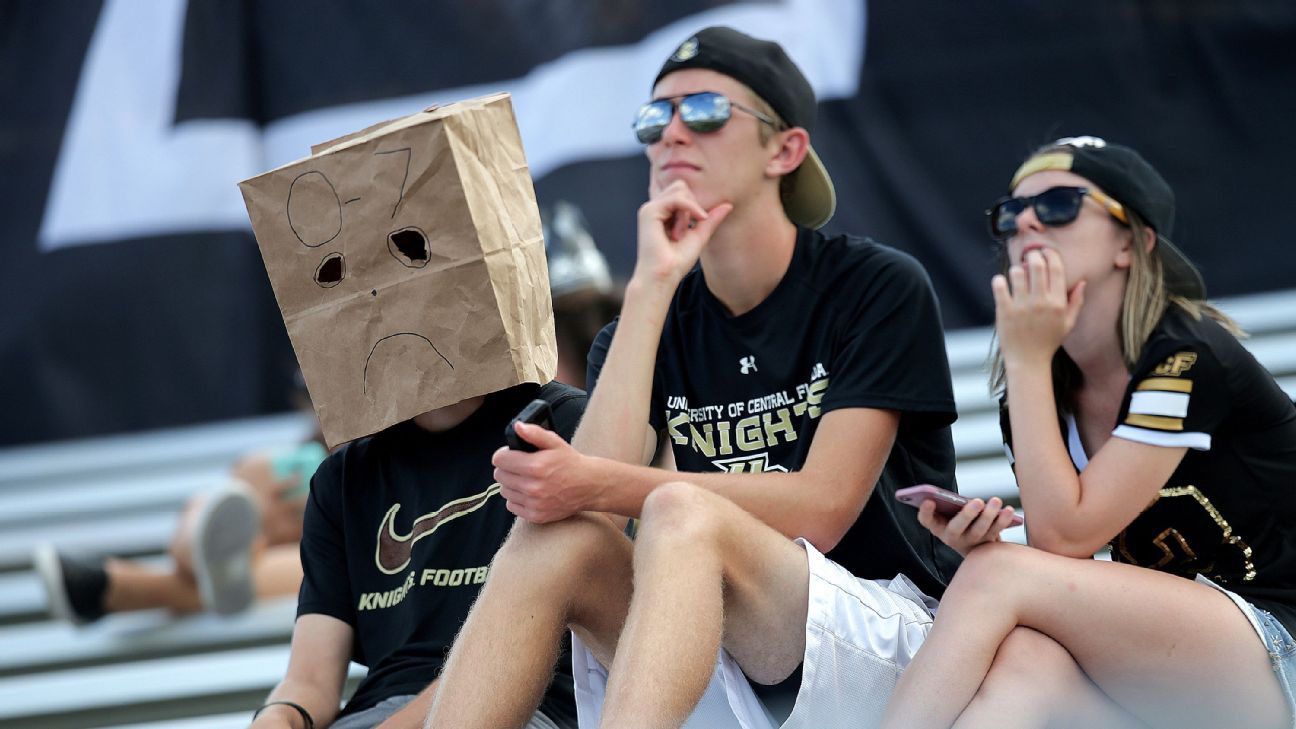 University of Central Florida athletic director Danny White says the school can "elevate" the Big 12 if invited to join the conference as part of expansion.

“We check every single box,” White told ESPN.com in a phone interview Wednesday. "It’s inevitable that UCF will be a top 25, even top 10 athletic department. Of the Group of 5 athletic departments, our place has been at the pole position for some time. When you consider the future, it’s not even close.

“We can build a monster here.” 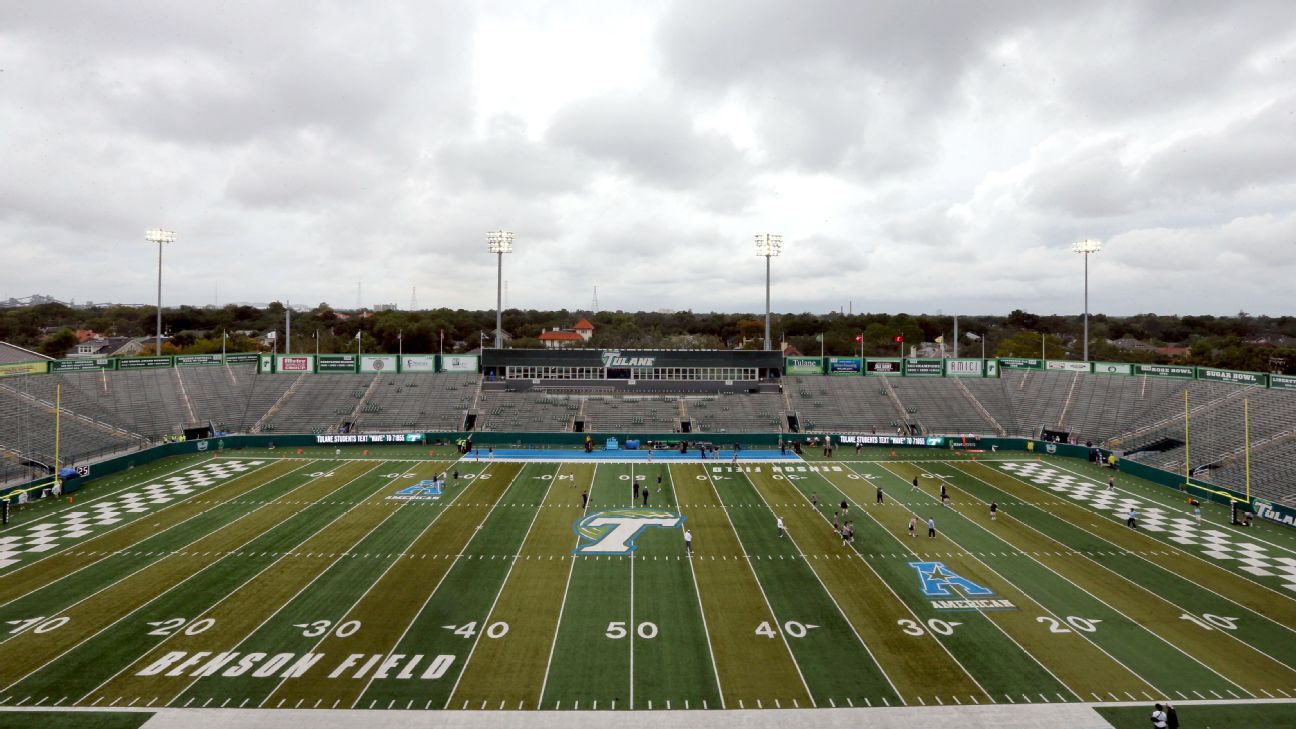 Could Tulane be the Big 12 expansion wild card?

Don't underestimate the academic profile of New Orleans-based Tulane as an expansion school in the minds of the Big 12's presidents and chancellors.

Imagine a scenario in which the Big 12 expands by four teams and adds current presumptive favorites Houston, BYU and Cincinnati. The league, obviously, would still need a fourth school. Imagine next that the conference conceivably concludes that Connecticut and Central Florida are too far away.

Imagine then that the decision comes down to, say, Memphis and Tulane. And then keep in mind that the presidents and chancellors – not the football coaches and athletic directors – will be making the call.

Tim Brando is a FOX Sports commentator and the host of the multiple Emmy Award-winning Football Saturdays on Raycom Sports. It was early May, and since I’m out of the radio business, I took to Twitter and reported that the ACC soon would announce the...

Here is my new look Big 12: Bowlsby’s first move (in my opinion) is to BYU. The only hindrance is scheduling because of the school’s religious affiliation (no Sunday games), but working around it shouldn’t be a problem. Once you move to the Mountain Time zone, you need another school that is a geographic fit. I love the advances made in Fort Collins and Colorado State is really well supported. Get CSU as the 12th team.

Now it’s here where the Big 12 should pivot and become proactive and go to 14 teams. Fans need to understand that at this point, TV markets and financial backing really counts. Texas needs to allow Houston to join. If that doesn’t happened, you get Fred Smith at Federal Express on the phone and see if his commitment to Memphis is real. If the answer is “yes,” take the Tigers as number 13. Ideally, Houston and Memphis are the choices. If the Cougars can’t shake old-fashioned Texas politics, you have plenty of options, and the two that make the most sense are UCF and Cincinnati.

Why Houston Should or Shouldn’t Join the Big 12

Why Houston Should or Shouldn't Join the Big 12

Just when you thought it was all over, the Big 12 has reversed course and pulled schools across the country back into the murky waters of college...

_From a common sense standpoint, Houston in the Big 12 makes a lot more sense than some options like BYU, Connecticut or Memphis. But common sense is rarely the biggest factor when it comes to conference realignment in college athletics so Cougars fans probably won’t be counting on an invite until one actually comes. Big 12 expansion talk is buzzing again after the conference announced on July 19 it would evaluate a number of schools to potentially add to the 10 current members. What is the TV following, the broadcast following of these teams? said Big 12 board...

Case for the Cougars: Houston has been a successful football program over the past few seasons, including its 13-1 mark last year under coach Tom Herman. The Cougars would also bring in a rising baseball program and respectable basketball team. Houston boasts a top-10 television market. Adding the Cougars would not only prevent another conference from acquiring them, but also keep Texas recruits from leaving the state.

Case against: The Cougars would be another Texas program in a conference already Lone Star State saturated. While adding UH could keep another conference out of the state, it could also hurt Big 12 recruiting as the school would be one more competitor vying for top Texas recruits.

Williams: Big 12 expansion’s a bad idea, but UH makes sense at least
If league determined to add, Cougars best of an unattractive bunch

Truth is, the acrimony fans of Tech, TCU, Texas A&M and Houston show each other proves my point. These are your rivals. These are the people you should be playing. Why not let the rancor play out on the field?

The taciturn approach, which USF officials believe is the most prudent going forward, stands in glaring contrast to the public comments emanating from other Big 12 prospects nationally.

East Carolina athletics does not deserve to be in the Big 12. Period.

Even if the Big 12 does a football only expansion, ECU doesn’t deserve to go. In the AAC and C-USA, ECU hasn’t won a conference title since 2009. The program struggles to make bowls and barely averages six wins a year. Put that with the Big-12’s talents and Pirate fans will have to pray for five wins.

The AAC alone offers much better athletic programs and football teams. Houston, Memphis, Connecticut, Cincinnati, and Temple all offer better programs as a whole. When it comes to football only, Navy could make a better case. 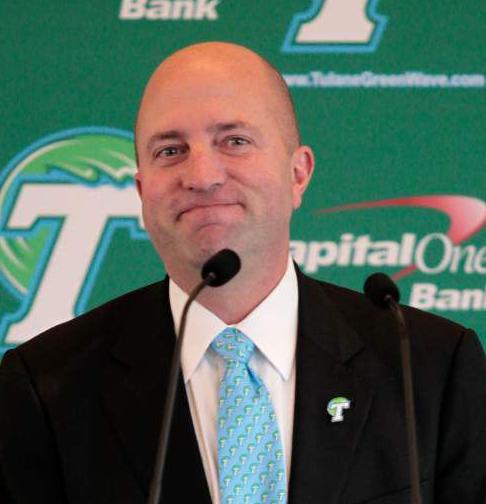 The Southeastern Conference has Vanderbilt.

As a member of the Association of American Universities (AAU), Tulane is considered one of the top 62 research universities in North America. It’s a distinction many sources at Tulane believe is a critical factor in their pitch to those Big 12 presidents, who have seen the league lose three AAU members (Colorado, Missouri, Texas A&M) and not gain any in the past five years.

But Timberlake is really bringing it with the wishful lobbying for Memphis’ inclusion in Big 12 expansion. Memphis athletic director Tom Bowen released a statement on last week, which essentially said that the school would do whatever it can to increase its national exposure.

The Tigers averaged 43,802 last season, their highest average since moving to Liberty Bowl Memorial Stadium in 1965 and only the fourth time in 50 years average attendance has topped 40,000.

This isn’t a Memphis weakness. U of M fans have proven they will support a program that commands their attention. Consider the recent resurrection of the program under Justin Fuente, who left last fall for Virginia Tech after leading the program to 10 wins in 2014, nine in 2015 and back-to-back bowl appearances after six straight losing seasons. The success pushed average attendance past 40,000 for the first time since 2004 when DeAngelo Williams was amassing record-breaking rushing numbers. It’s conceivable Memphis could approach 50,000 average attendance playing a Big 12 schedule, one in which opposing league schools bring their fans in far greater numbers than the U of M has experienced in Conference USA or the American Athletic Conference.

A look at all the news and information about the Big 12 expansion in the last 24 hours.

Max Olson of ESPN rated the candidates based on their Twitter statements. He writes, “Remember, Brigham Young does not have to play nice with its current conference because it has none. So the Cougars’ AD focused on how stoked he is about the Big 12 news. Bonus points for giving a shout-out to Big 12 leadership and commissioner Bob Bowlsby.”

Read the other day that Brigham Young would consider a football-only membership in the Big 12. How magnanimous of the Cougars! “We’re obviously open to listening to what they want to do. We’re going to go through this process with… Continue Reading...

(My view: The Big 12 should add two schools in all sports, two as football-only members and plow forward with 14, thereby gaining needed short-term bulk and securing itself for the next round of realignment when the Oklahoma schools bolt for the SEC.

Facebook Twitter Email Google+With news out of the Big 12 re-energizing the tectonics of a precarious college football landscape, America’s …

The 3 teams are Northern Illinois, Buffalo, and Toledo and the writer goes into depth about why they should or should not have a case. NIU and Buffalo get “roses” in this scenario.