Still wiped from today; too much adrenaline, but wanted to post this:

So on the competition aspect of the Big 12: conference is 1-2 vs. FBS teams and 5-1 vs. FCS this weekend (UT-ND still to play). The FBS record isn’t great, but the 2 losses have come against (what will be) top 10 teams.

Notable about that 5-1 record against FCS competition: 1) Iowa State falling to 0-3 vs. Northern Iowa since 2007 and 2) the Kansas students rushing the field after a win over Rhode Island…with the PA announcer trying to shame them by saying “Have some respect” as they were doing it.

Just for comparison’s sake: the American went 3-2 vs. FBS competition and 7-0 vs FCS competition. 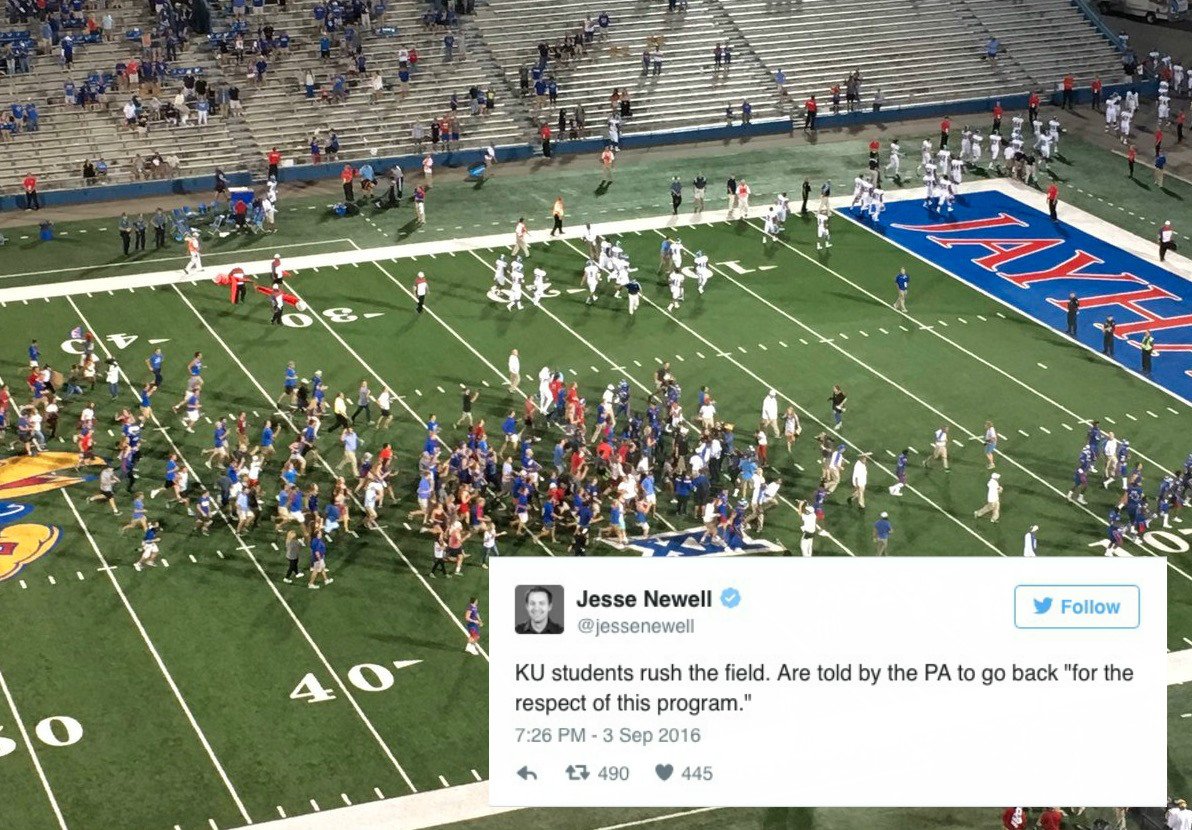 Kansas students rushing the field after a win over Rhode Island.

Uhhh … their four total students in the stands (the rest were in their dorms watching better games on TV) RUSHED the field after winning over east coast POWERHOUSE Rhode Island.

Rice just lost their bottom of the totem pole standings for having actual LIVE BODIES at their home games.

Well they appreciate a win!