Big 12 Trying to Woo Gophers Away from Big Ten - MinnesotaSportsFan.com

Ok just for giggles what if the big picture for us was adding Minnesota ,Iowa, Notra Dame, Wisconsin ,Nebraska ,and Oregon where do you think that puts at per school come contract negotiations 75 mil plus ?

Just a thought if we can get the right group of teams to all commit we could potentially make enough that the schools that agree to this won’t be out much money just maybe the don’t like the situation they are in but stuck there because of no better options but if we could somehow give them a option it might be more realistic than we think .

Do you think a team like Arkansas likes the situation/ gauntlet they are in especially after adding Texas Oklahoma sure they love the money but maybe not the situation they was once considered a border line Blue Blood and have a huge following like Nebraska the love for their razorback up there is real ,maybe they would leave for a good deal or little less pay

Lets hope this doesn’t have any truth to it. My respect for Yormark would drop.

I believe that this was probably just a pr stunt, started by MN, for MN, to announce that they are indeed “relevant”…

That sounds like a reporter getting wind of Yormark calling someone at Minnesota, maybe something introductory, and blowing it up to “Minnesota to the Big 12” for clout 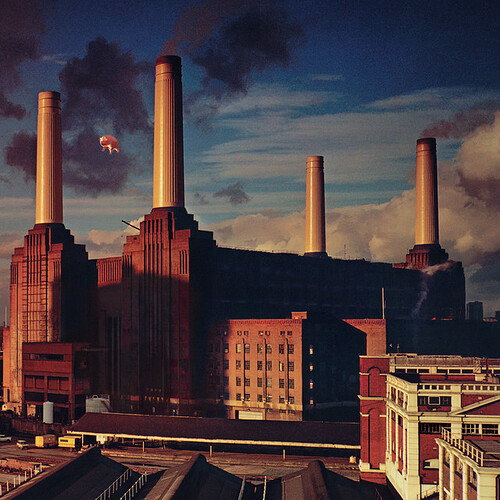 I think somebody has had to much of that West Virginia moonshine!

It can be some pretty powerful stuff, but making this story believable is not within its power…its liquor, not sorcery. LOL

Most likely what happened is someone at Minnesota is trying to make them feel relevant somehow “Big 12 wants us”. When you think Big10 what school are they in the list? They are at the very bottom with Rutgers, Purdue, and Illinois. Completely irrelevant will a ceiling of being middling here and there. No chance Big 12 would want them or they being willing to give up their fat paycheck. This is all silliness.

Think about it…what are the true odds of a Maryland, Rutgers, Minnesota, Indiana, Illinois, or Purdue winning a conference title?

You can throw Northwestern, Iowa, and Nebraska in there as well.

Michigan, Ohio State, Penn State, and Michigan State have owned that conference for the last decade. Wisconsin has been your one fringe school out of the group.

Look at Nebraska. You went from a school that had legit chances to be a BCS school every season and was a true competitor in the Big 12 to an also-ran in the B1G. Maybe Scott Frost can turn some heads this season, but Nebraska is nowhere near the traditional power they once were. And they went quite a few years being ranked in the top 25 before the season would start and that has since tapered off.

That’s the thing that really makes me question these moves to the SEC/B1G. Is Texas & OU/UCLA & USC (and you can argue Texas and UCLA are already there) trading wins and championships for money?

I know things go in cycles and Saban has to retire at some point, but Texas and USC may be like ATM has been for the majority of their stint in these mega conference.

A few years ago our road warrior group drove from Houston to see UH at Marshall. We visited the crash site but I remember tailgating before the game and some tailgaters giving us come moonshine.

Only way a Big10 school joins another conference aside from the SEC is if they get booted.

Also our road warriors group drove from Houston to see UH at Pitt. We win that day as Antione Smith had like a 97 yard TD run. I remember we detoured through West Virginia to see their campus on the way home to Houston.

I would consider this in a wider move where we only see one piece of the puzzle in Minnesota,
pair that with Nebraska, norte dame and Iowa.
Now no one is getting 100M per school….but the big 12 is getting the same as sec and BIG
I don’t know if it will work but I would believe it from Yormack, he’s not going to settle for status quo.
and he may get told no a few times before he gets the right combo

Only possibility I see is that maybe there is something unknown factor in play we don’t know about. Maybe possibly the Big 10 is pushing out Minn to make room for another school and Yorkman is aware of this. I know I know it’s very unlikely. But it’s the only thing that makes sense IF there is any truth to this report.

This is just off-season nonsense. Minnesota cannot walk away from that money. Hell, Yormark could invite 'Bama, but it’d just be for show.

With just the one article and no verification, MinnesotaSportsFan.com got a lot of clicks.

I don’t believe one word in that article.

And by the way, whoever said that the Big 12 is “reeling”.

They just added the University of Houston. I am personally insulted.

I like this idea. We’re thinking too small with the four corners.

Yormark is going to invite top rugby universities Leeds Beckett, Cardiff Metropolitan, and Northumbria. The rugby programs will convert to American Football and the B12 will have an exclusive TV deal with Premier Sports Network in the UK making the B12 the highest paid P4 conference.