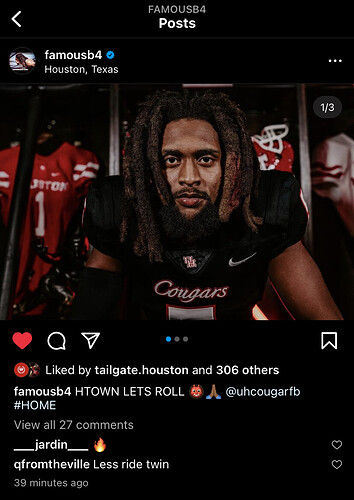 Man I don’t know what Holgorsen and Belk are doing - but KEEP ON DOING IT!

I believe the youngin’s call this “recruiting”. Could be wrong tho

We really needed this along with Mack’s transfer. It was a good day today.

Hopefully this will reflect on the field in the fall of 2023.

As a transfer does he count as a 4 star? Either way we’re getting a lot of good players it seems

The way I see it if even just one recruiting service rates a player a 4 star I refer to them by the highest ranking until they go pro.

Huh, he just committed to UCF on Christmas.

I noticed that too. So is he in or is he out?

He’s on campus and has enrolled in classes.

AWESOME!!!
Friends please remember that this recruit is from Florida. 247 had him commit to UCF.

On3 has him committed to UCF also. I believe someone is trying to confirm this with UH.

Nice size for a cornerback. Welcome to H-Town Mr. George. I look forward to seeing you introduce yourself to some B12 receivers.

Yes it does mean he is coming to UH but the school must be waiting on something.

I wrote these thoughts on another thread. 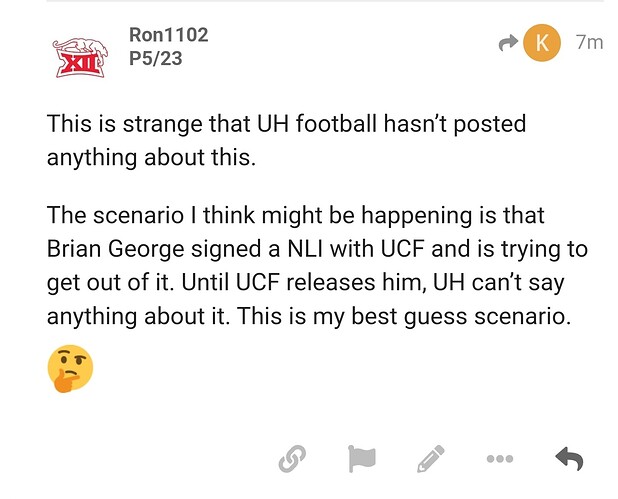