Brandon Wilson to Cincinnati in 6th Round 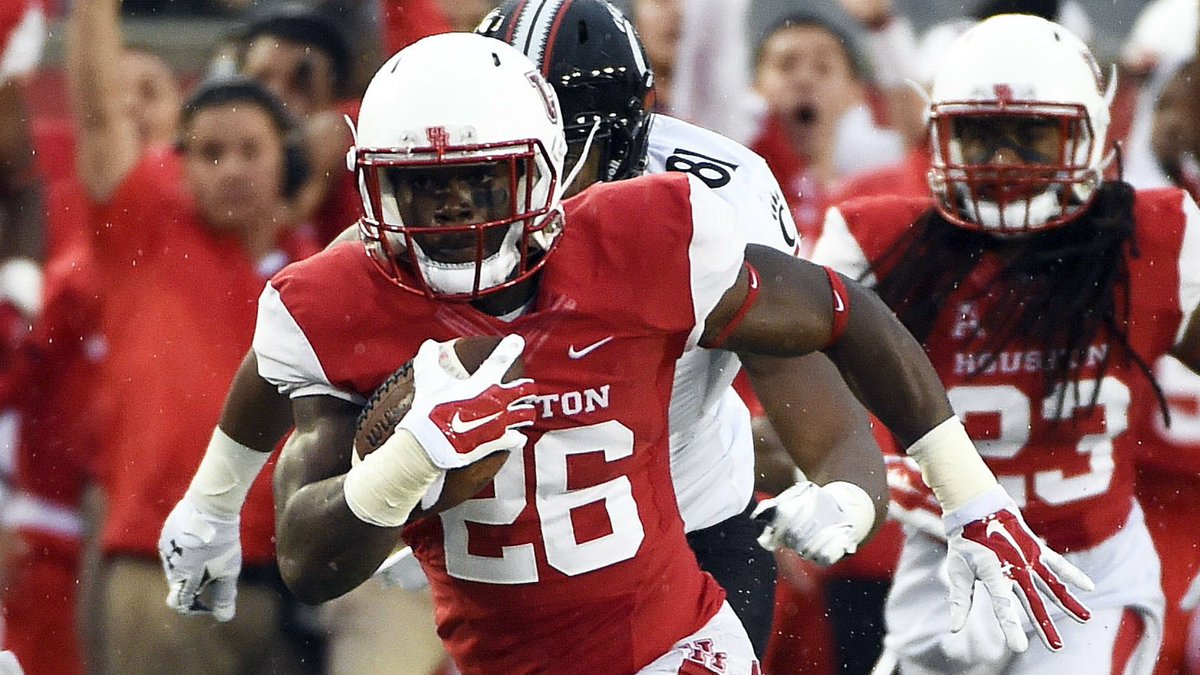 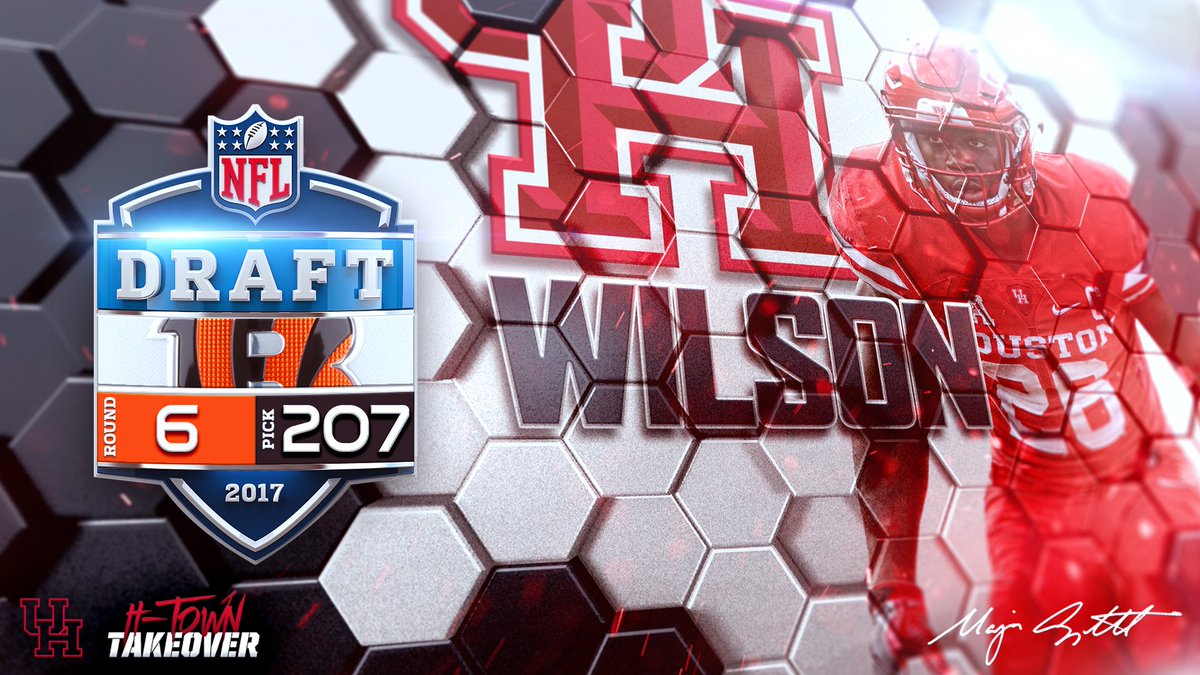 With the 207th pick in the 2017 NFL Draft, the #Bengals select DB Brandon Wilson https://t.co/JSxnVocBuy 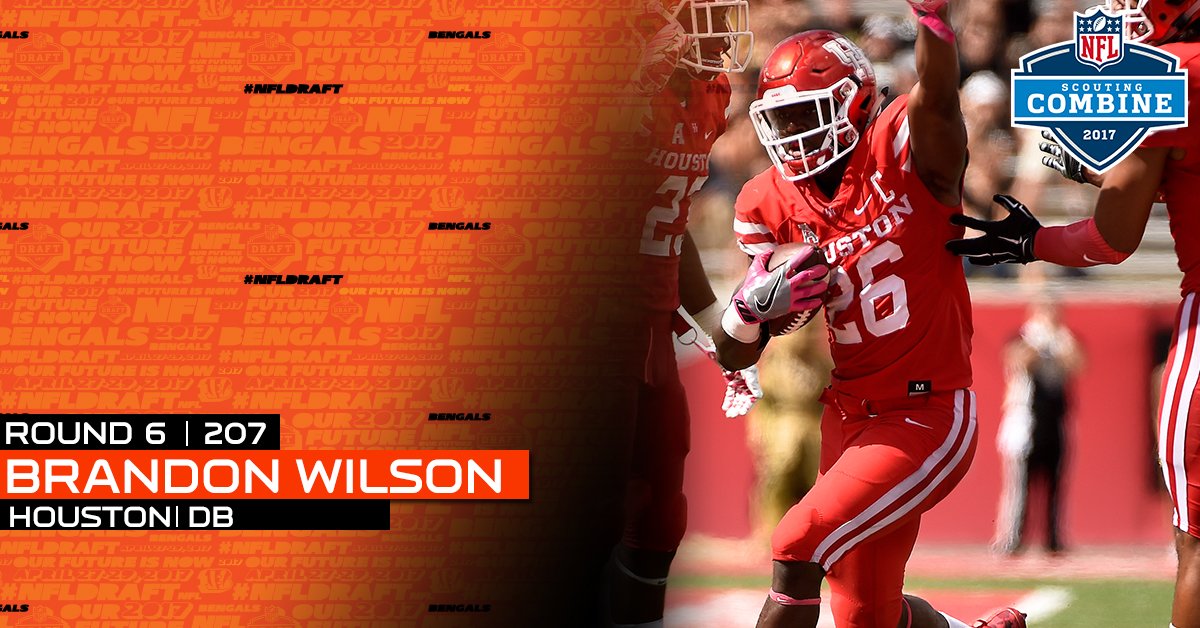 Former @UHCougarFB CB Brandon Wilson (@ItsMeBWill_) to Cincinnati in the 6th round: "This is crazy. I'm smiling from ear to ear. Go Coogs."

And he started off on scout team and didn't even know what position he was going to play.. congrats @ItsMeBWill_ hard work pays off! twitter.com/uhcougarfb/sta…
pray10 (Patrick) April 29, 2017, 9:22pm #4

Welcome to the family bro @ItsMeBWill_ happy to have you https://t.co/9qF26SHKQq 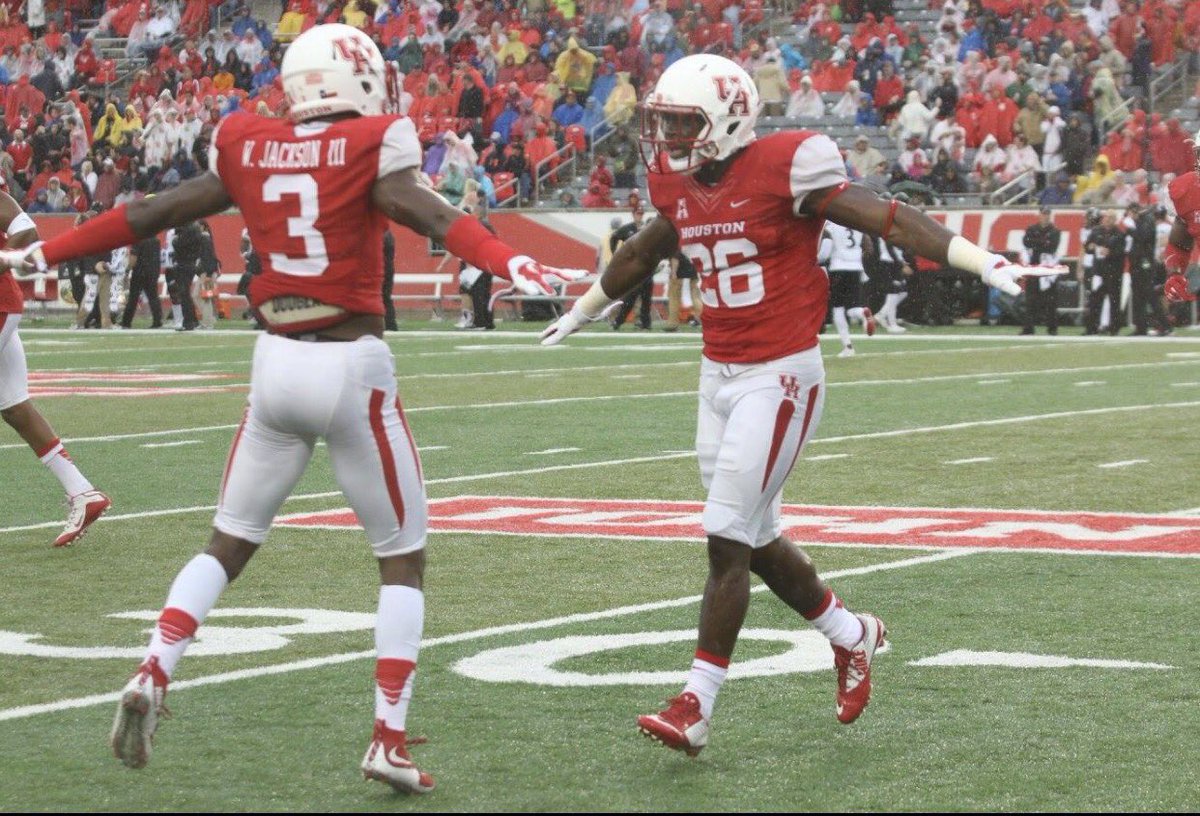 #Bengals say Brandon Wilson will compete for playing time at nickel, safety and on kick return 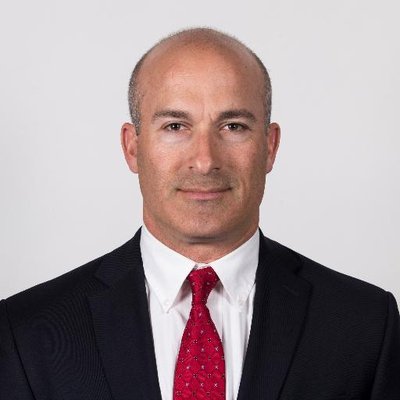 Classy of Coach Levine. Not surprising.

I am happier for him than anyone else. The guy plays above his pay grade. I consider him the most valuable player on the team. He played wherever coaches put him and he did it great. I’ve been watching the Cougars since 83 and don’t remember a single player to make such an impact on offense, defense and special teams that he did the last two years.

Truly glad for Brandon. I’ve talked to him several times in the last few weeks and the last time being yesterday morning. Humble , very thankful for an opportunity and quietly confident. He will be ready you can count on that. Hope nothing but the best for him. 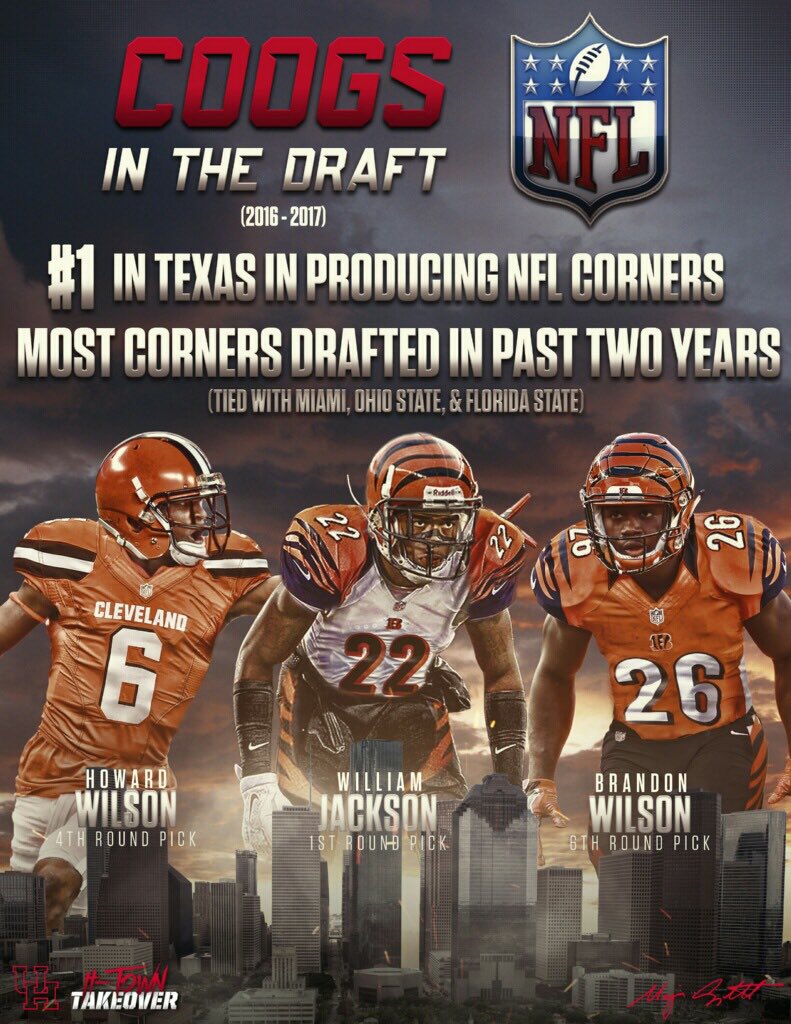 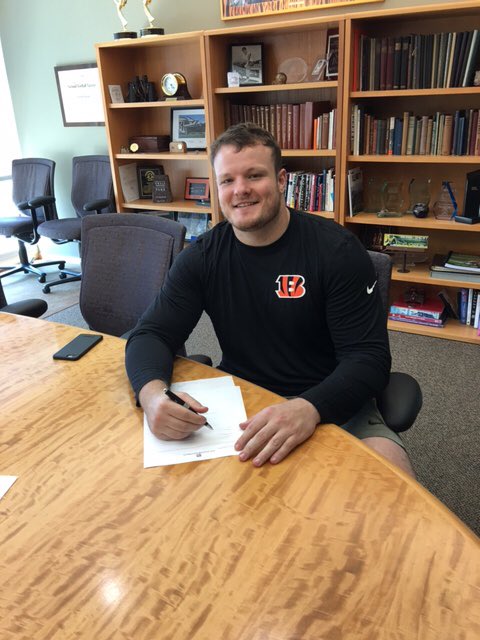 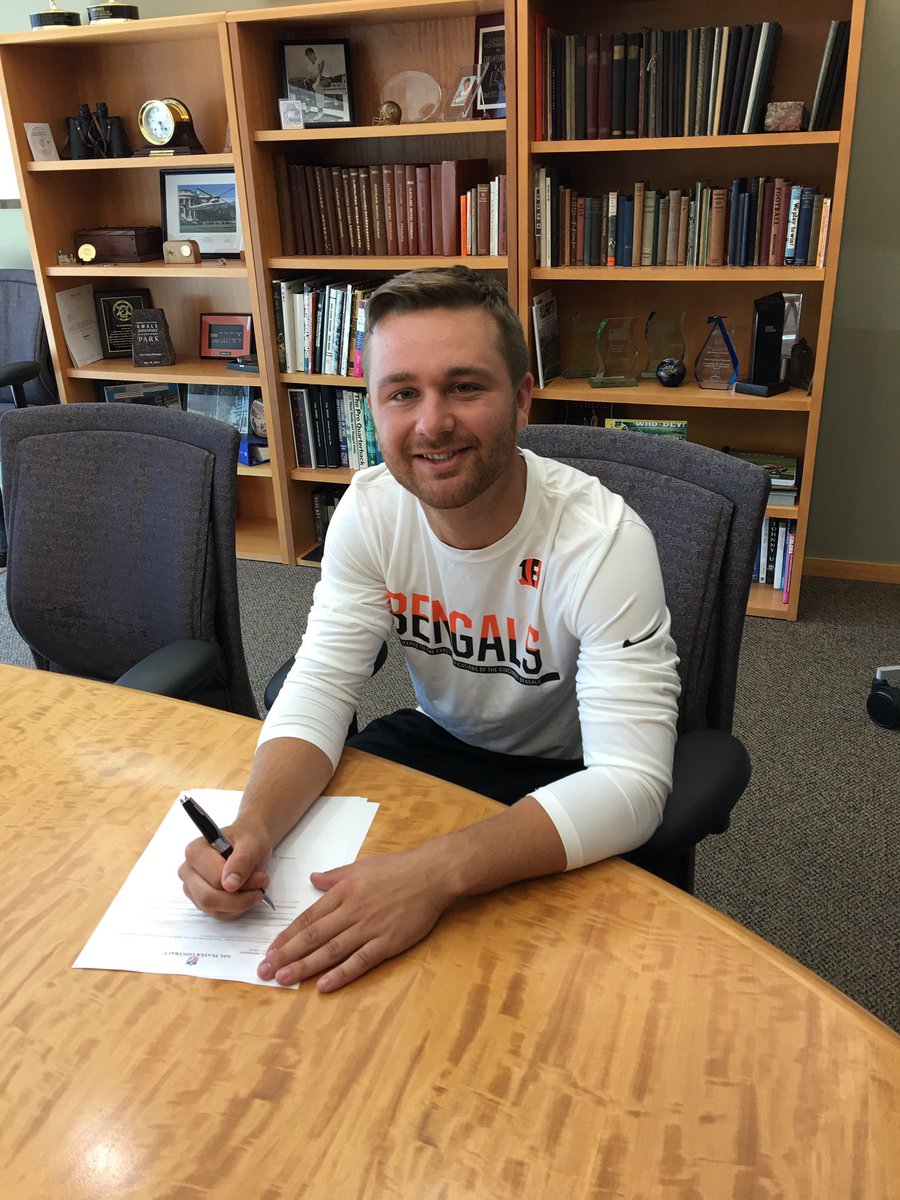 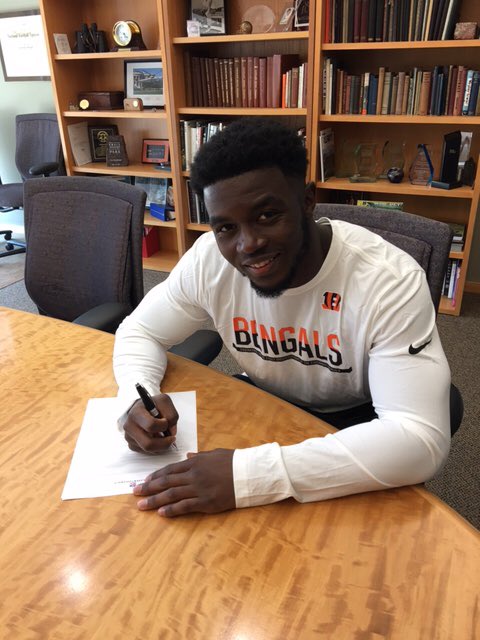 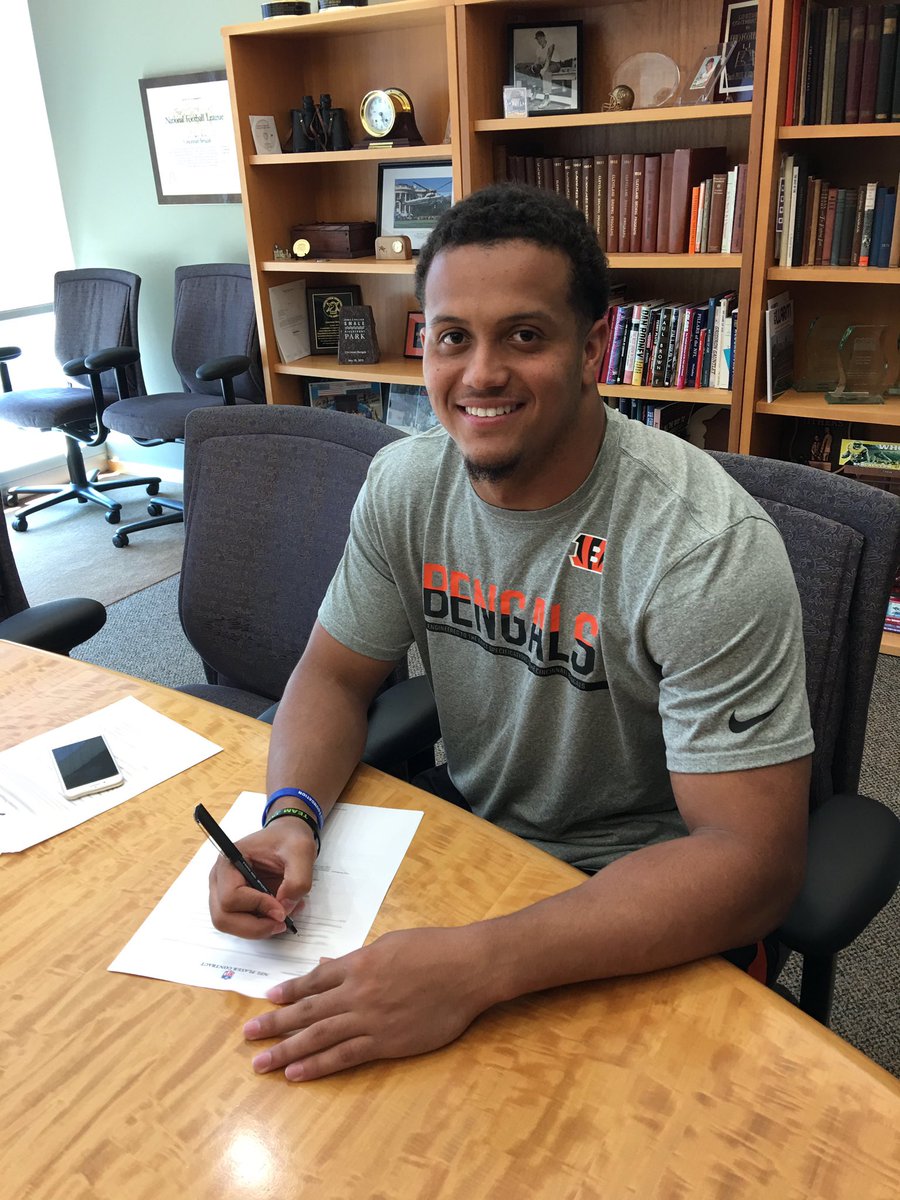 The Bengals open their three-day mandatory minicamp on the Paul Brown Stadium field Tuesday and with apologies to the Greatest Show on Turf Rams of the early 21st century, Cincinnati just may be home of the NFL’s Fleetest Fleet on Foot. Don’t blink...

Wilson has fought hamstring and knee issues since he arrived and has not yet practiced and it’s unclear when he’ll get back on the field. But the secondary has plenty of juice left this week. The book-ends from the 2016 draft, first-rounder William Jackson at cornerback and seventh-rounder Clayton Fejedelem at safety have been blurs. Remember, Jackson ran his way into the first round with a 4.37 40 and veteran corner Adam Jones assures, “He’s fast.” As Fejedelem becomes more comfortable with the playbook, his 40 best of 4.47 seconds has surfaced.